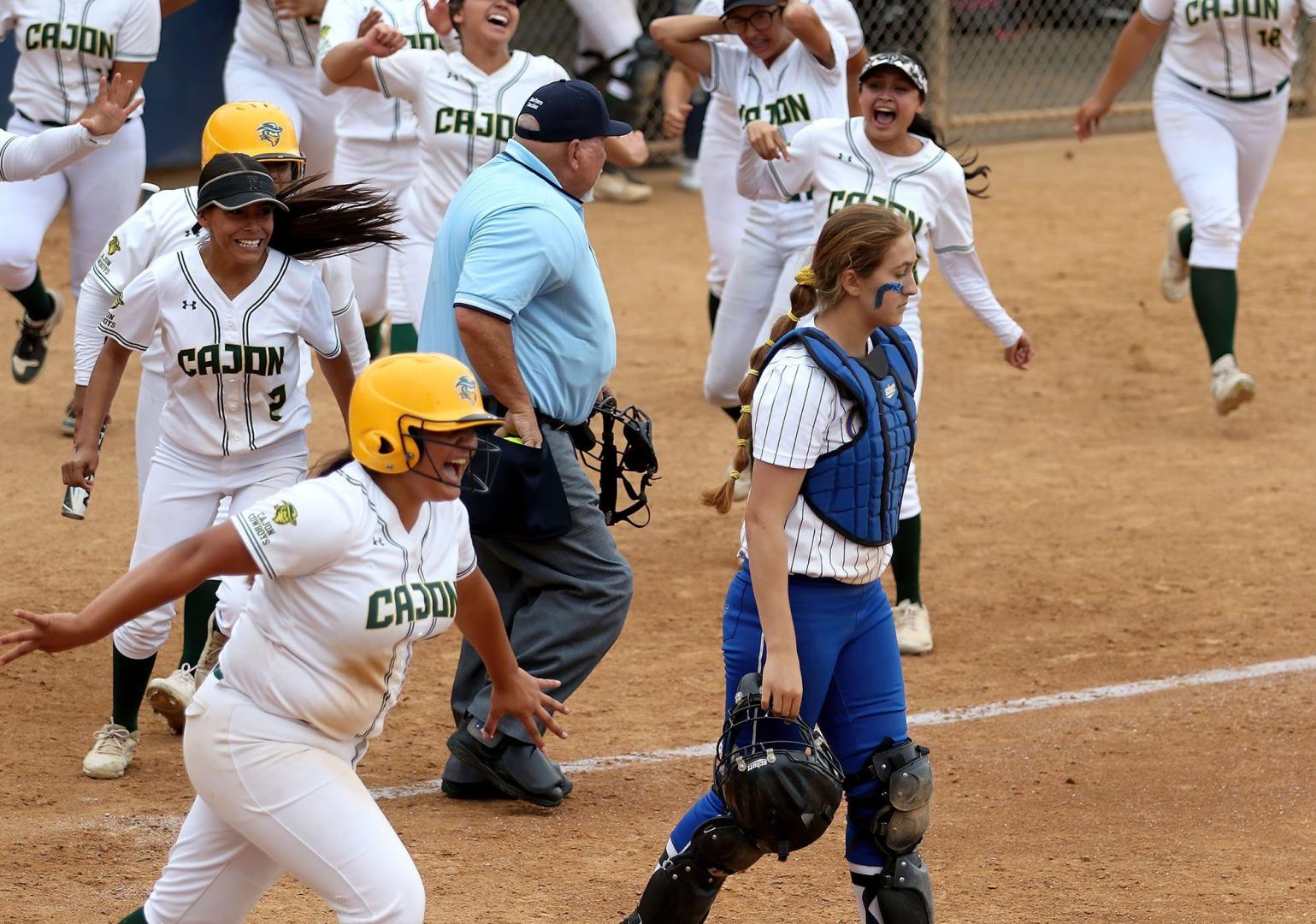 “One timely hit and that game looks a lot different,” she said.

Tinsley sat with her players, many of them disappointed with a walk-off 2-1 CIF-Southern Section Div. 5 loss to Cajon in eight innings÷

“I told them pride is a l game understatement,” Tinsley said. “This team bought in. They did everything I asked them to do and then some and they were unselfish. They put everything on the line but it is a game that doesn’t go your way. “

El Toro’s journey saw wins over Rancho Alamitos, Paraclete, Norwalk and Flintridge Sacred Heart just to get to Deanna manning Stadium. It fought with Tesoro and Capo Valley to get even in the playoffs.

Normally, the Chargers have always been celebrating during a game like this. Saturday was different.

“It actually inspired a little bit of confidence because we didn’t have a game like this that didn’t go our way,” Tinsley said. “We have had a lot of walk off wins, so we have been in situations like this before.

Cajon struck first in the bottom of the second inning when 76 laid down a squeeze bunt that scored 24.

The Cowboys, now equipped with their one-run lead, was all that they needed for pitcher 55.

Her changeup sat down six of El Toro’s first 12 at-bats. The Chargers responded by getting runners into scoring position during the fourth and fifth innings, but were left stranded.

Finally, in the sixth inning Olivia Fullerton tripled to right field and Cameron Brawshaw tied the game with an RBI single.

“She is a gamer,” Tinsley said of Bradshaw. “You can see it from a defensive mindset and her clutch hitting.

After the game entered the eighth inning, Bradsaw had the chance to plate the tying run when she took off from third base on a wild pitch but was tagged out on a play at the plate.

“She is on third base and she trusts her instincts and goes and that is a hard call but she is one of those kids that needs to play unbridled,” Tinsley said. “Sometimes it goes our way and sometimes it doesn’t.

During the bottom half of the inning Cajon started with a double off the wall. A sacrifice bunt and a single by 5 won the Cowboys a championship.

“I’m just so proud of them as individuals and the collective effort they put in today,” Tinsley said. We just couldn’t get that timely hit.”

El Toro graduates only three seniors and will have to replaces shortstop, Kendra Foulds, and its designated player, Ella Brown, but Tinsley and the Chargers are excited for the future.

“I have really high expectations for us next year and I’m so excited to have so many players coming back.”