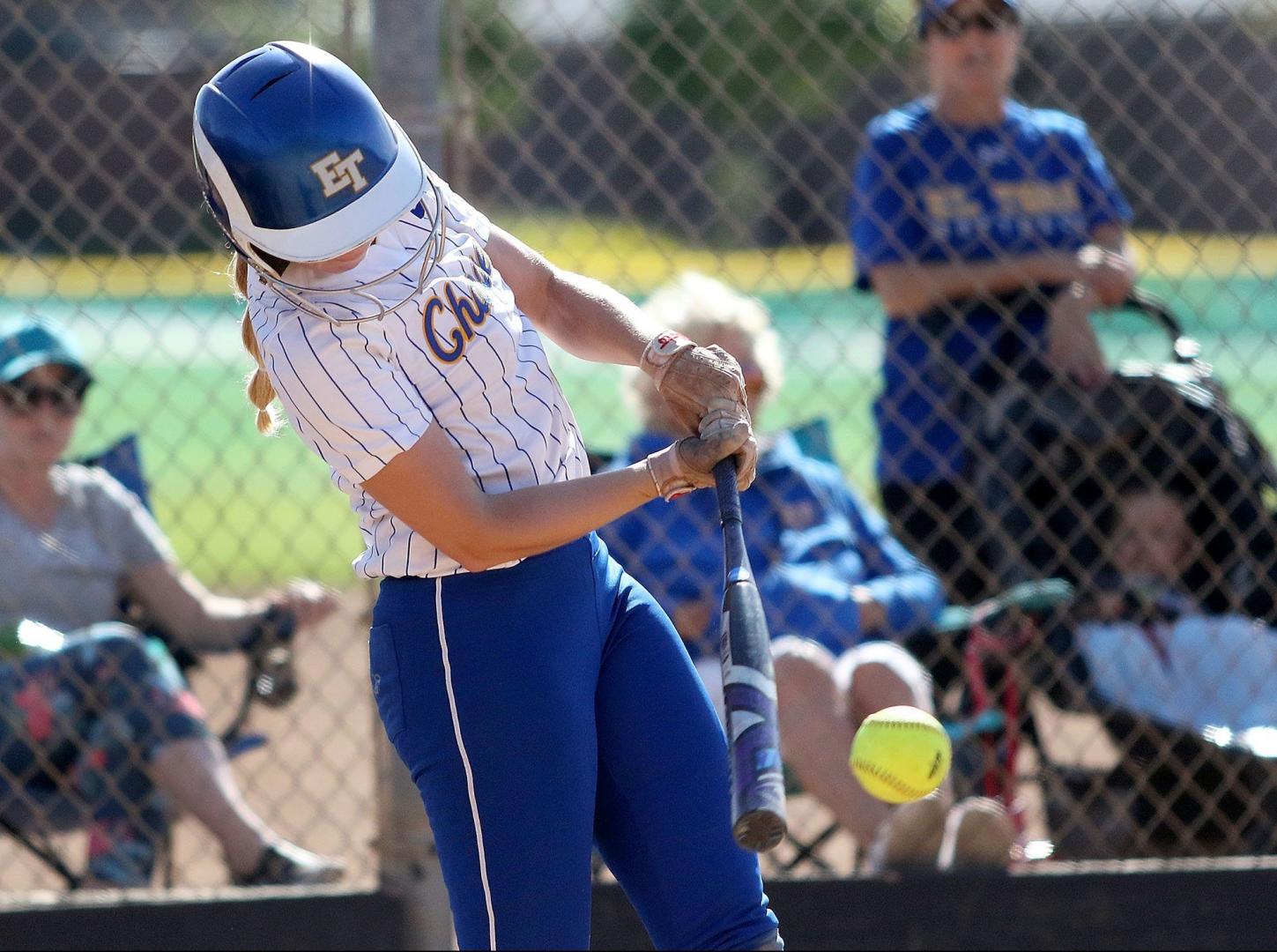 MISSION VIEJO — It’s been two weeks to the day since El Toro’s softball team took the field for a game.

But it would have been hard to tell watching Wednesday’s game against Capo Valley.

The Chargers rallied to defeat Cougars, 4-2 and put themselves a game and a half behind Tesoro for first place in the Sea View League.

The win was also El Toro’s fourth in a row.

“It feels good to play the kind of softball we know we can play,” Chargers coach Shannon Tinsley said. “This was a game that we had our eyes on. We knew we didn’t play as well as we could have the first meeting with Capo so this was a big win.”

Things didn’t start the way El Toro would have liked as the Cougars quickly jumped ahead with back-to-back RBI-hits by their young catcher Micayla Turi and pitcher Madi McDonnell.

The Chargers answered with a run in the fourth inning, capitalizing on a pair of errors but failed to take the lead when it stranded the bases loaded.

Their coach quickly called a meeting.

“I told them we have to find a way to get gritty,” Tinsley said. “You have to be nasty and you have to be competitive.”

After El Toro loaded the bases she stepped up to the plate and lined a 2-RBI single down the first base line.

“She’s a junior but she plays with the confidence of a senior,” Tensely said of Ward. “MacKenzie has had five or six game winning hits this year and shows she’s the right person at the right time.”

Capo Valley got the tying runner on base in the bottom half of the fifth and sixth innings but nothing came of it.

Sophomore pitcher Kylie Loertscher worked a complete game didn’t allow a hit after the third inning. She walked a few batters but the defense came through that saw shortstop Katie Foulds completing an unassisted double play as the dugout celebrated.

“It was pretty big,” Ward said of the win. “We haven’t beat Capo so I really wanted to win this.”

El Toro has two games left on the schedule and could have a chance to win the Sea View League if it can defeat Tesoro next Monday.

The top three teams also get an automatic playoff berth.

“Making the postseason is one of our top goals and it’s an expectation we have for our program so to put ourself in a spot is exciting for our girls.” Tinsley said.