Chargers take down San Clemente as Loertscher finishes with 12 strikeouts 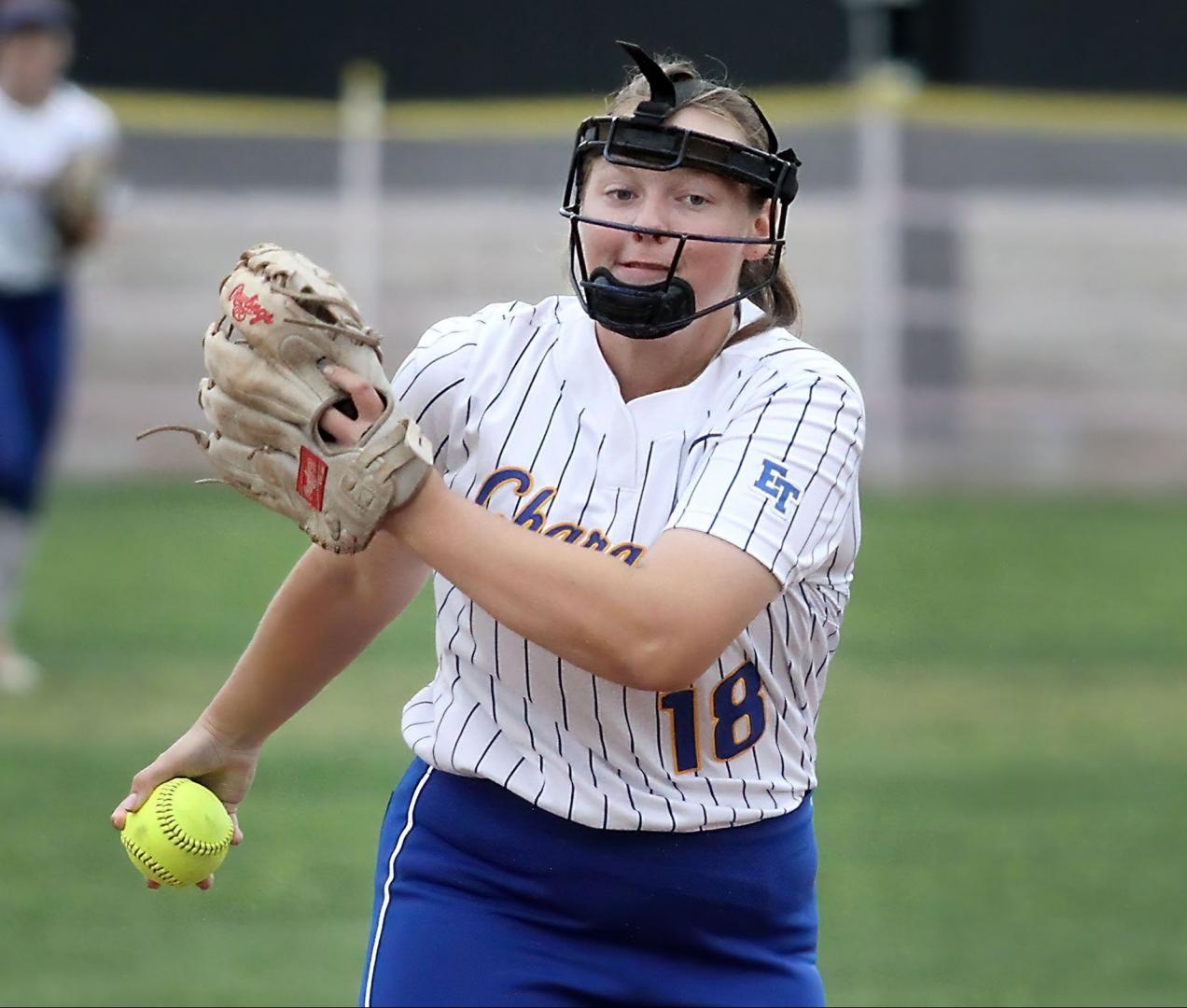 “I like having my defense help me out,” she said with a smile.

But you wouldn’t know that seeing what she can do in the circle.

Loertscher finished with 12 strikeouts against San Clemente on Thursday afternoon and has totaled 102 strikeouts this season.

Loertscher wasted little time making an impact. She struck out four of the first six Tritons that came up to bat.

“Kylie was absolutely dealing today. There was no way around it.” Chargers coach Shannon Tinsley said. “I think the most impressive thing about her is that she is always consistent.”

Tinsley said Loerstcher’s strikeouts and dominance the circle doesn’t just stifle the competition, but also gives confidence to the defense.

The sophomore entered the game with a 0.73 ERA but has allowed just 15 walks all season.

“When Kylie is rolling we are rolling,” Tinsley said.

While Loerstcher kept throwing strikes, the offense gave her some much needed support in the fourth inning when Carliana Guerrero crushed a 3-run home run to dead center to take the lead.

It was her second home run of the season.

“I struck out my first at-bat so I knew I needed to let go of that,” said Guerrero, who finished 2-for-3 with a home run, single and 4 RBIs. “All I was thinking was, ‘have confidence.’”

As the team rushed out to home plate to celebrate, Loerstcher knew the home run would relieve  some pressure.

She gave up a home run in the fifth inning to Sydney Kennedy but she quickly got Tess Bojorquez to ground out and then struck out Ashten Barr to get right back on track.

“It is so much easier to pitch with a lead,” Loerstcher said.

El Toro added four more runs in the sixth inning as it batted around and got RBI-singles by Guerrero, MacKenzie Ward and MacKenzie Vondran.

That was all that was needed as Loerstcher finished the game with a strike out.

“It’s very rewarding as a coach to see this team play the softball we know it can play,” Tinsley said. “We put a complete game together.”

El Toro was coming off a difficult few weeks dropping five out of its last eight games and sits in the middle of the Sea View League standings but after this win the players feel like they know exactly what they are capable of.

“We need to be consistent every day,” Tinsley said. “Whether it be in the weight room, during practice or out here in games.”

The Chargers continue their season next Tuesday when it hosts Trabuco HIlls at home. San Clemente will head to Capo Valley the same day.