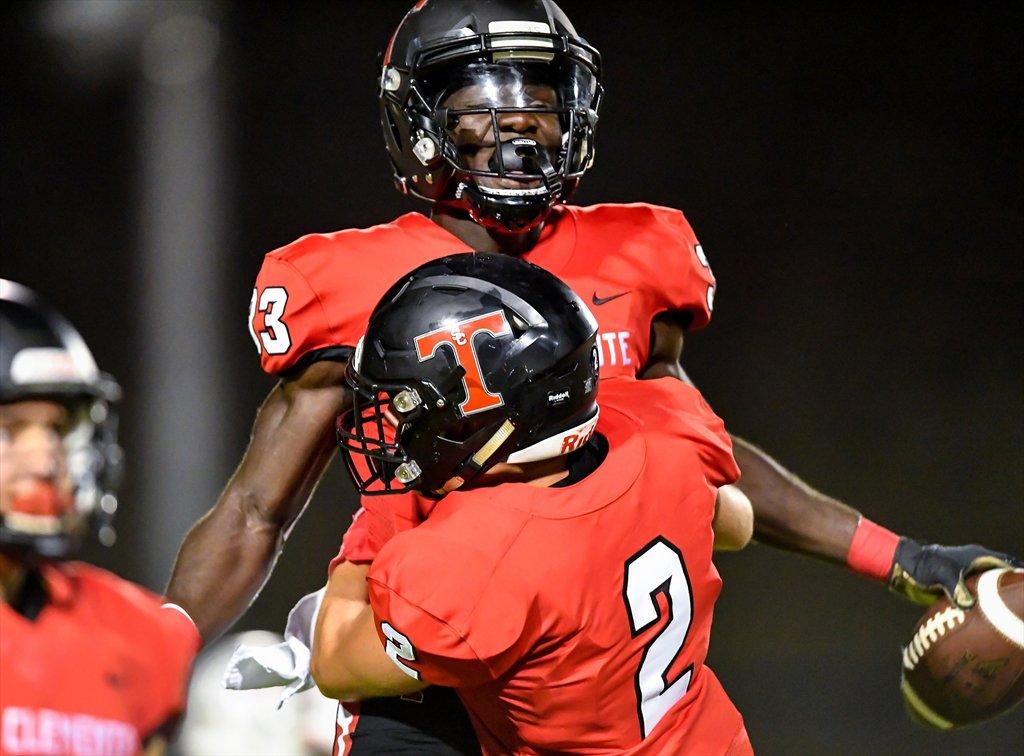 The Tritons ended the 2019 season having to forfeit all of their games and were removed from the playoffs after the CIF-Southern Section ruled that quarterback Nick Billoups was in violation of CIF State transfer rules.

“It left a bitter taste in my mouth, but there was nothing I could do about it,” San Clemente senior linebacker Caiden Robertson said. “One of Coach Ortiz’s mottos is control what you can control. Now, what we can control is playing our butts off and doing what we can do with the opportunity we have been given.”

Robertson is just one of the many seniors who has regained their final high school football season after it was cancelled because of the coronavirus pandemic. None of them want to take it for granted.

“We have to be smart outside the football field and classroom,” senior lineman Ryland Swarthout said. “You won’t be going out with your friends as much and you have to focus on your team.”

On the field, the season will look different. Masks will be mandatory on the sidelines. There will not be any CIF-SS playoffs or even a CIF-SS champion. What San Clemente can look forward to is some sort of redemption, especially against rival Mission Viejo.

Even before their playoff run was unexpectedly halted by the CIF-SS, the Tritons’ only league loss came to the Diablos.

While Ortiz preaches a one-game-at-a-time mentality, some of the players are still circling the April 16 game on the schedule.

“Mission Viejo is our number one game,” Swarthout said. “There are a lot of guys we haven’t seen in, it feels like two years, that I cannot wait to bump heads against. Last year they got us pretty good but the year before that we got the them pretty good.”

Of course, there is still more than a month to go before the featured matchup and games to be played, such as meetings at home against Capo Valley and Aliso Niguel and short road trips to San Juan Hills and Tesoro.

“Every game is a gift with the way the season has gone so far,” Ortiz said. “Every year we want to be league champs. Last year Mission took that title and we have a tough league schedule.”

On the other side of the ball, Redden also finished with six total sacks and Robertson led the defense with 98 total tackles.

“His is a first-time starter as a junior but he will be surrounded by guys like James and Bentley,” Ortiz said. “He’s done a great job leading this junior class.”

As San Clemente continues to prepare for this unusual spring season, plenty is on its mind.

The coronavirus pandemic has been a rollercoaster for the players and took the life of longtime assistant coach Joe Wood this past February.

“This season is definitely dedicated to him,” Swarthout said. “At practice, you know he is watching over us.”

San Clemente starts its season on March 19 against Capo Valley and, while a spring high school football season might be different, the seniors are relishing every moment on the gridiron and the chance to end on a positive note.

“I know these kids have gone through a lot since being out of school, but getting back into a sense of normalcy is great,” Ortiz said. “We have a very experienced senior class, and for them to go out and represent the school is most important to us.”