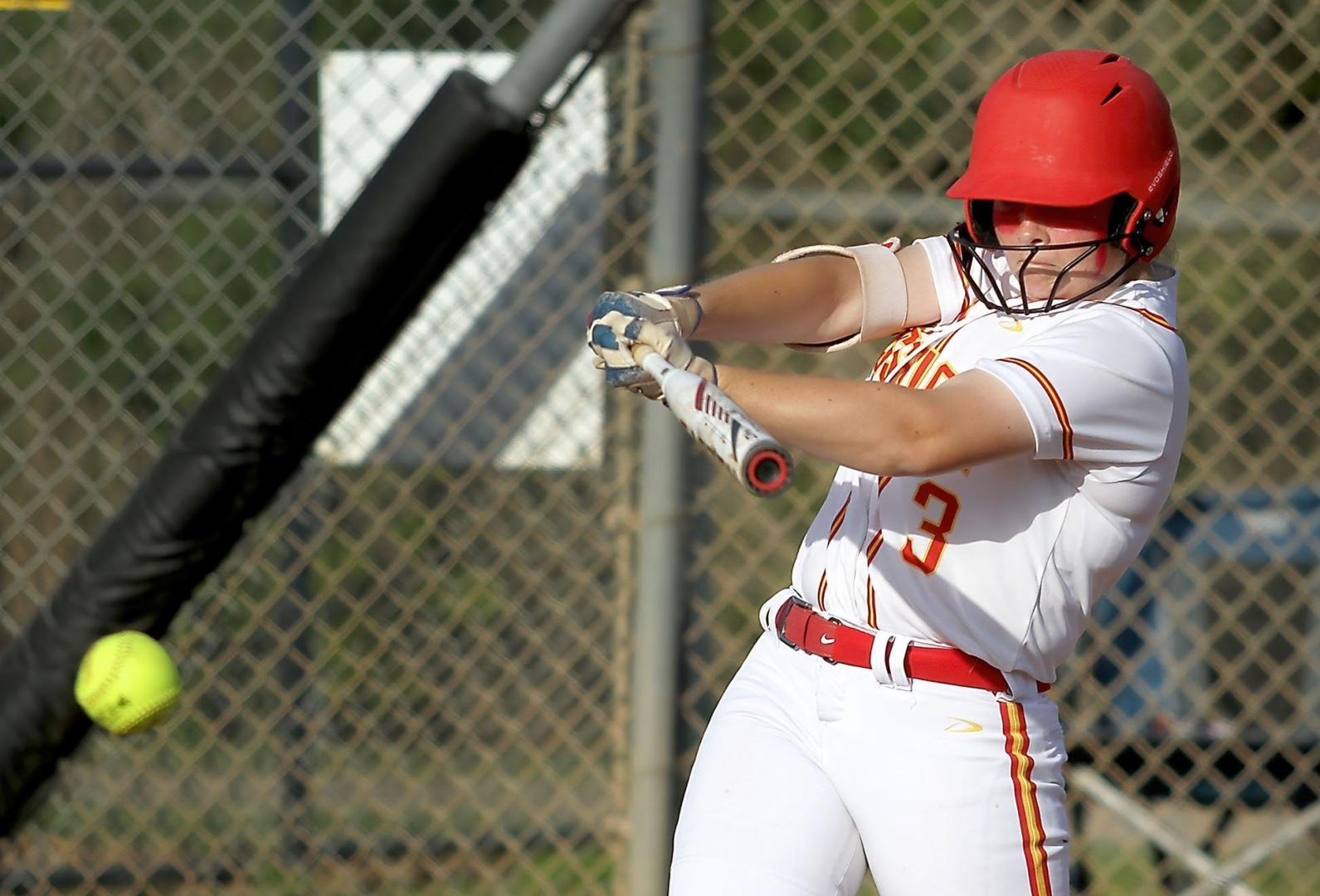 ALISO VIEJO — Mission Viejo’s softball coaches were encouraged that third baseman Kara King was seeing the ball well during her hitting lesson this past week.

And on Wednesday afternoon against Aliso Niguel, her extra work paid off.

The freshman finished the game a perfect 3-for-3 with a pair of RBIs as the Diablos came away with a 6-5 win to start South Coast League play.

“She’s a freshman that I couldn’t wait to get on this roster,” Mission Viejo coach Clint Watson said. “There isn’t a pitcher out there that can beat her. She just needs to get a barrel on it.”

King kickstarted the offense when she lined a single into right field, scoring Shayna Glass in the second inning.

Aliso Niguel answered in the bottom half of the inning when Sabrina Leisner took advantage of a throwing error and scored from second, but the Diablos kept putting pressure on their opponent.

King reached base again in the fourth inning on a hit by pitch and Sydney Denser singled to get runners into scoring position but failed to score.

Finally one inning later Mission Viejo’s top of the order came through as senior shortstop Sammy Woods singled and pitcher Sofia Elliott reached base on an error.

All that was needed were RBI singles by Glass and King as the Diablos jumped out to a 4-1 lead.

“I’ve really been focusing on using my legs more while batting,” said King who holds a .407 batting average and is third on the team in hits.

Aliso Niguel tried to answer once again in its bottom half of the inning but a double play stared by Hailey Stammer to Woods ended the inning.

If that wasn’t enough, Elliot launched a 2-run home run off the scoreboard and the Diablos were in complete control.

“It was huge,” Elliot said about the home run. “I didn’t have the best at-bat before so I was looking for an inside pitch. It’s a lot easier pitching in the circle when you have runs behind you.”

But while Mission Viejo was all smiles with their four run lead, the Wolverines did not lay down.

They sent the tying run to the plate in the last of the seventh inning as Katie Dunakin singled home a run followed by Victoria Griffith doubling in the right center field gap to cut their deficit down to one run.

The rally ended when Gigi Ganje popped up to second but afterwards coach Randie Baldwin was very encouraged by her team’s resiliency.

“We didn’t execute in some really crucial moments but a sign of a good team is a team that fights,: she said. “That’s what I love about this group. They never quit.”

Aliso Niguel will look to get back into the win column when it hosts San Juan Hills on Thursday.

Mission Viejo also hosts Dana Hills the same day but with just a handful of games left on the schedule, Watson knows the rest of the season will be a grind.

“’It’s going to be tough,” Watson said. “The days of being teams by double digits is gone because we hassle made a name for ourselves. Everyone is going to bring their A-game.”