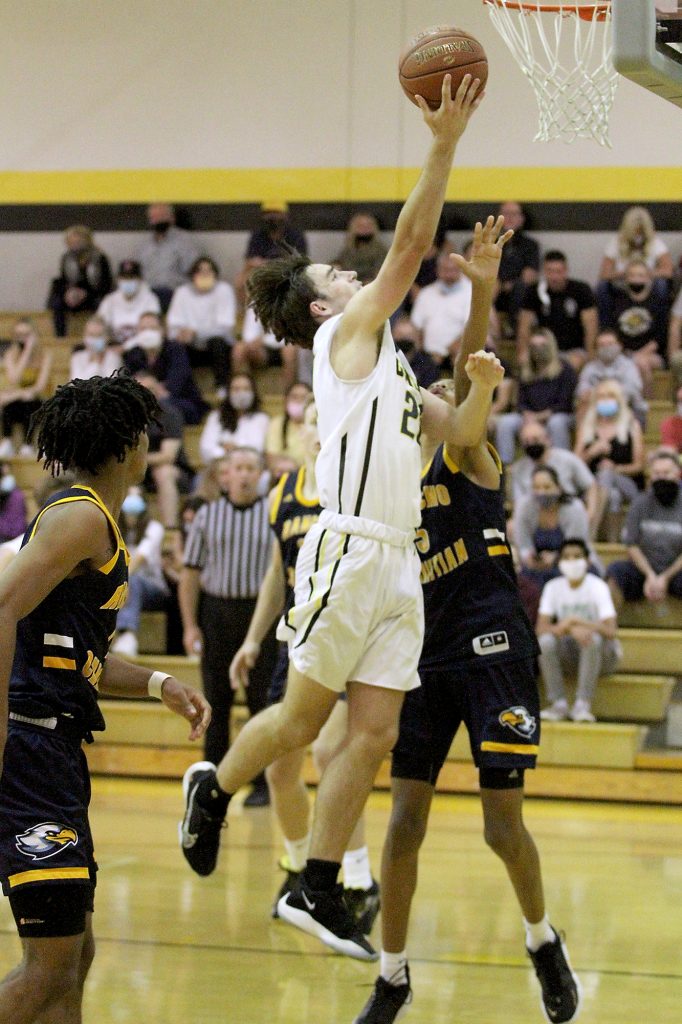 He transferred in this offseason from Saddleback Valley Christian where his lone postseason experience last season resulted in a 70-54 loss to Eisenhower.

But that all changed Friday night.

And he did way more than just come out on the winning side.

O’Neill scored a game-high 27 points as the Cougars ran though Rancho Christian for a 78-52 victory.

“I can get hot sometimes (shooting the basketball) but I credit my teammates Aiden (O’Neill), Langston (Redfield) and Landon (Li),” Gavin O’Neill said. “I have been playing with them since the third grade and they are really good passers.”

Just this past Wednesday in the first round he broke the hearts of Great Oak fans by scoring a last second layup to win.

He hit a 3-pointer to start the game and was held to a free throw for the rest of the first half.

“We really wanted to make sure he didn’t get going and didn’t get in the key,” Capo Valley coach Brian Mulligan said.

On the other end of the court, Capo Valley started to pull away when Gavin O’Neill found his touch from behind the arc.

By the time he hit his second, they were lead 18-10 with two minutes in the first quarter.

Gavin O’Neill didn’t cool off when the second quarter came around. Whether it was a 3-pointer or a backdoor layup, his teammates continued to find and make plays for him.

He scored his team’s first 11 points and all of a sudden Capo Valley held a commanding 32-17 lead.

By the time the buzzer rang out signaling halftime, the Cougars were ahead 40-17.

“Offensively we were really good and our cutting was fantastic,” Mulligan said about his offense. “Even when (Rancho) was calling that our backdoors were coming we still scored. We had something like 21 assists.”

Capo Valley never got into trouble throughout the 32 minutes of play.

During the third quarter, Byers started getting buckets in the paint and at the free throw line, but the Cougars answered every time he scored.

His 16 points were shadowed only only by O’Neill but also his twin brother, Aiden, and other starters such as Li and junior Gavin Thompson.

Thompson finished with eight points, all in the second half and Li brought the bench to their feet with an acrobatic layup he made while being fouled.

So where does Capo Valley go from here?

Well it gets to stay home when it hosts a rematch against JSerra on Tuesday night from the opening game of the year.

The Cougars won that game 63-57 but Mulligan said the Lions are a different team now that junior guard Robert Diaz is in the lineup.