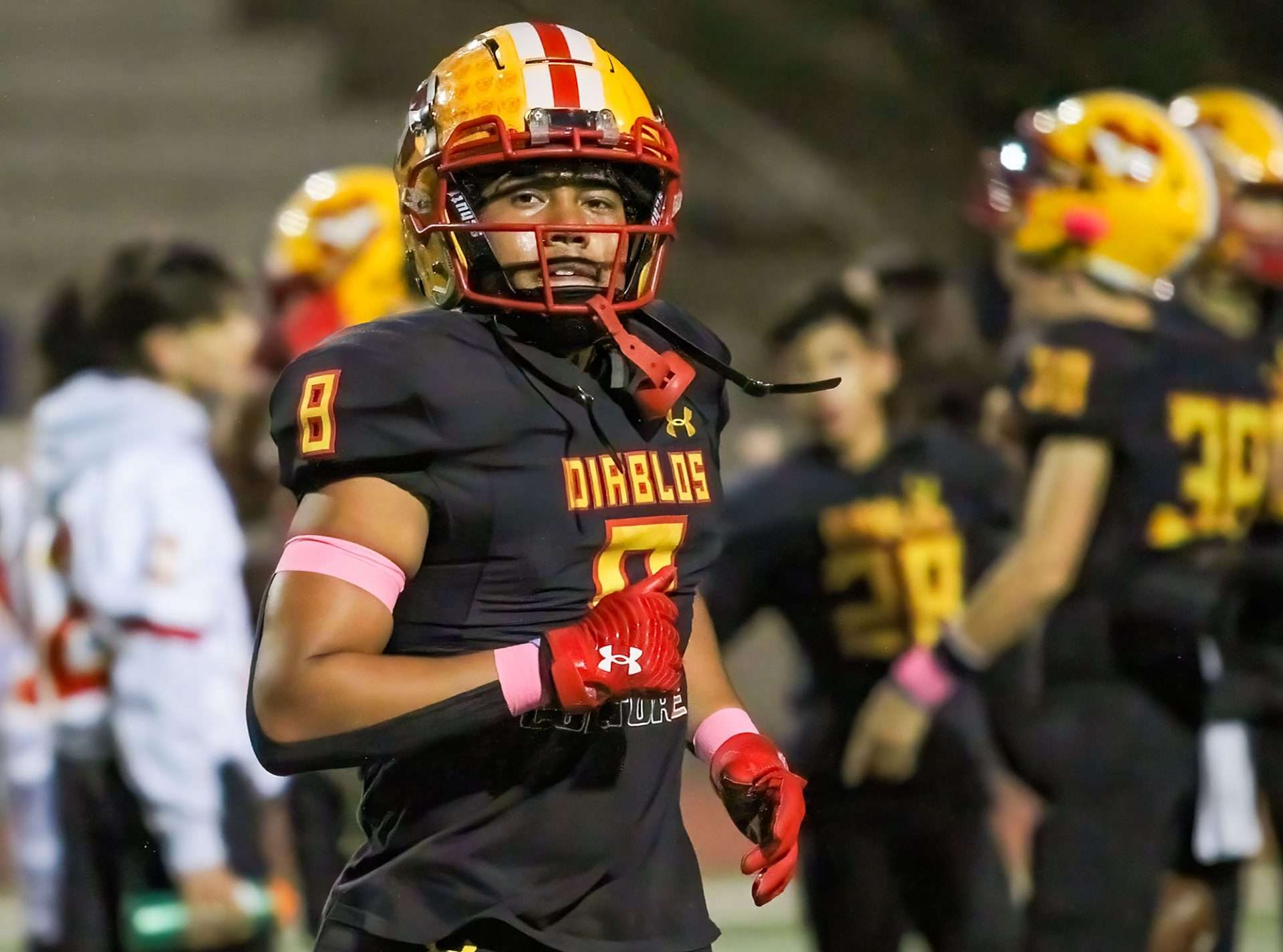 It didn’t matter that it was the day before Thanksgiving and the season was over.

“I have never told myself to take a day off,” Matthews said. “I have a chip on my shoulder. Every day lights a fire under me.”

He finished with 934 receiving yards,10 touchdowns receptions and was selected the South Coast League MVP for a third consecutive season

“I don’t think anyone has ever done that,” Diablos coach Chad Johnson said. “It shows how special of a player he is.”

It’s been awhile since Matthews had time to reflect. He remembers watching his older brothers Tyson and Aaron battle on the gridiron. It’s fitting because it’s Thanksgiving.

“I’m so thankful for my family,” Matthews said. “Football has always been my blood. Seeing (my brothers) excel on the field motivated me just because I am the youngest. The youngest always has to be the best.” 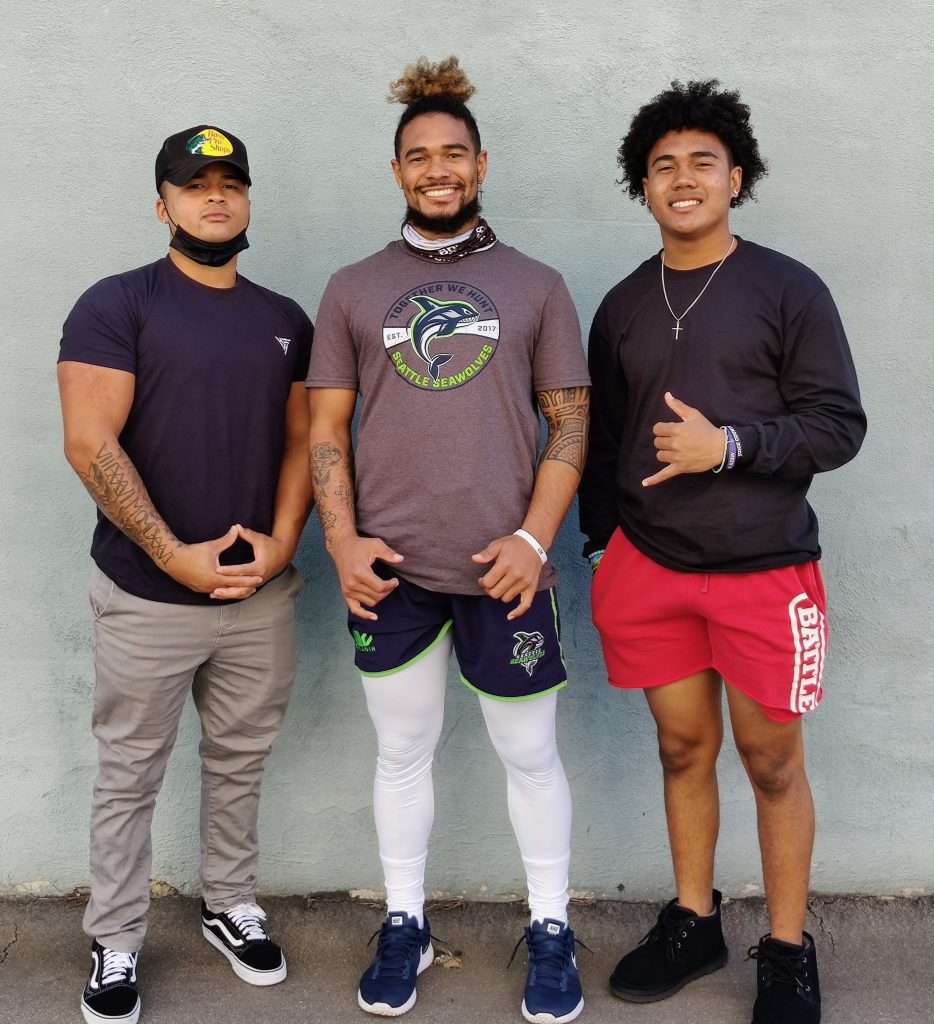 Matthews first picked up a football when he was five years old. He was a running back during his childhood playing flag football.

By the time he reached middle school and traded in the flags for pads, he moved over to receiver with all sorts of coaches  taking notice.

He was even offered a scholarship by Arizona State before playing his first high school game.

“Mikey is a player that is so versatile, he can do it all,” Johnson said. “You can have him in the back field and run the ball, you can put him in the slot, you can run fly sweeps with him. He’s an absolute matchup nightmare.”

Matthews was joined by his close friend quarterback Kadin Semonza at Mission Viejo and by his sophomore year, his graduating class included wide receivers KJ Reed and Jackson Holman.

“We all knew we were going to be prepared for when our time came,” Matthews said. “We looked up to the older guys. They set a really good example.”

So they encouraged and helped their little brother.

“I don’t think we were gifted with the most talent like a lot of athletes talk about and our parents didn’t bless us with good height so whatever he was good at, he needed to keep getting better,” said Matthews’ older brother Aaron, who is now a professional rugby player in New Orleans. “Throughout the years he trained harder than anyone I have ever met.”

Matthews added workouts and quickly made connections with Kaleb Fossum and Ethan Aguayo who both went on to play Division I football. He even sought out Chicago Bears wide receiver Dante Pettis’ receiving coach. trying to find anyway to improve his game.

By the time Matthews was a sophomore, everyone started to take notice. 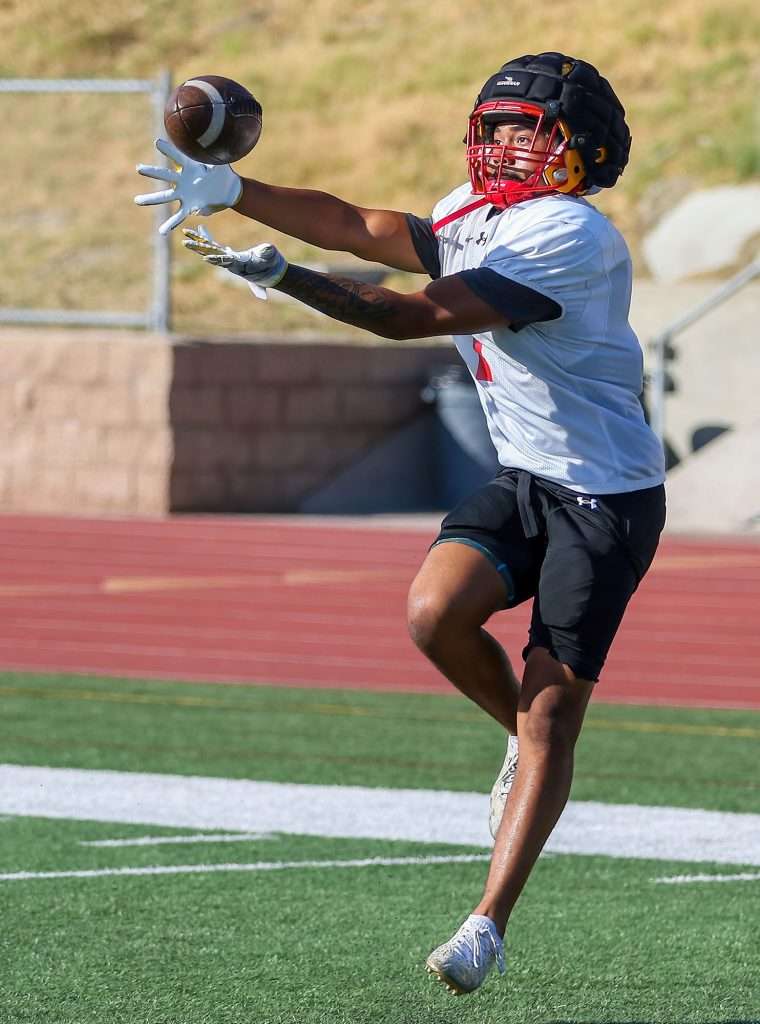 “You have to watch film. It’s a must,” Matthews said. “You aren’t always going to be on the biggest team so you have to outsmart them. You pick up their tendencies and all the little stuff you can pick up if you are paying close attention.”

Matthews was doing everything right and awarded his first South Coast League MVP award finishing with with 312 receiving yards and six  touchdown catches in a challenging pandemic spring season.

By the time fall football returned, Matthews had only improved his fundamentals but also his ability to become a leader.

“I just wanted to set a good example to the underclassmen like the guys before did for me ” Matthews said.

he even brought his teammates together this past season when he helped start aFellowship of Christian Athletes club after practice on Wednesday nights.

“By our bye week in October we had eight players get baptized at Saddleback Church,” Johnson said. “Mikey is a magnetic person and just wanted to help.”

Every year Matthews continued to also grow on football field. He finished with a carer-high 10 touchdown catches this past season including three in the game against San Clemente though his best memory came just a few weeks ago when Mission Viejo upset Corona Centennial in the Div. 1 playoffs.

“I’m so proud how he has handled himself and his work ethic and loyalty is unmatched,” said Matthews’ mother, Jennifer. “His love for his teammates and his coaches has been very humbling for me as a mom to see him grow and mature.””

Matthews will play one final high school game when he takes the field in Orlando, Florida for the Under Armor All American game. He finishes his career with 2,402 receiving yards and 28 touchdown catches over 33 games.

He knows he will start a new chapter soon enough when he decides where to play in the Pac-12 Conference at either Washington State or Utah.

Until then he will enjoy his Thanksgiving. He will making memories with his mom and siblings around the table with a good chance that football is on in the background.

After all, it’s part of who he is.

“I’m so thankful for everyone who has been a part of my journey and thankful for God for letting me play the sport that I love,” Matthews said. ”I could have asked for anything more.”