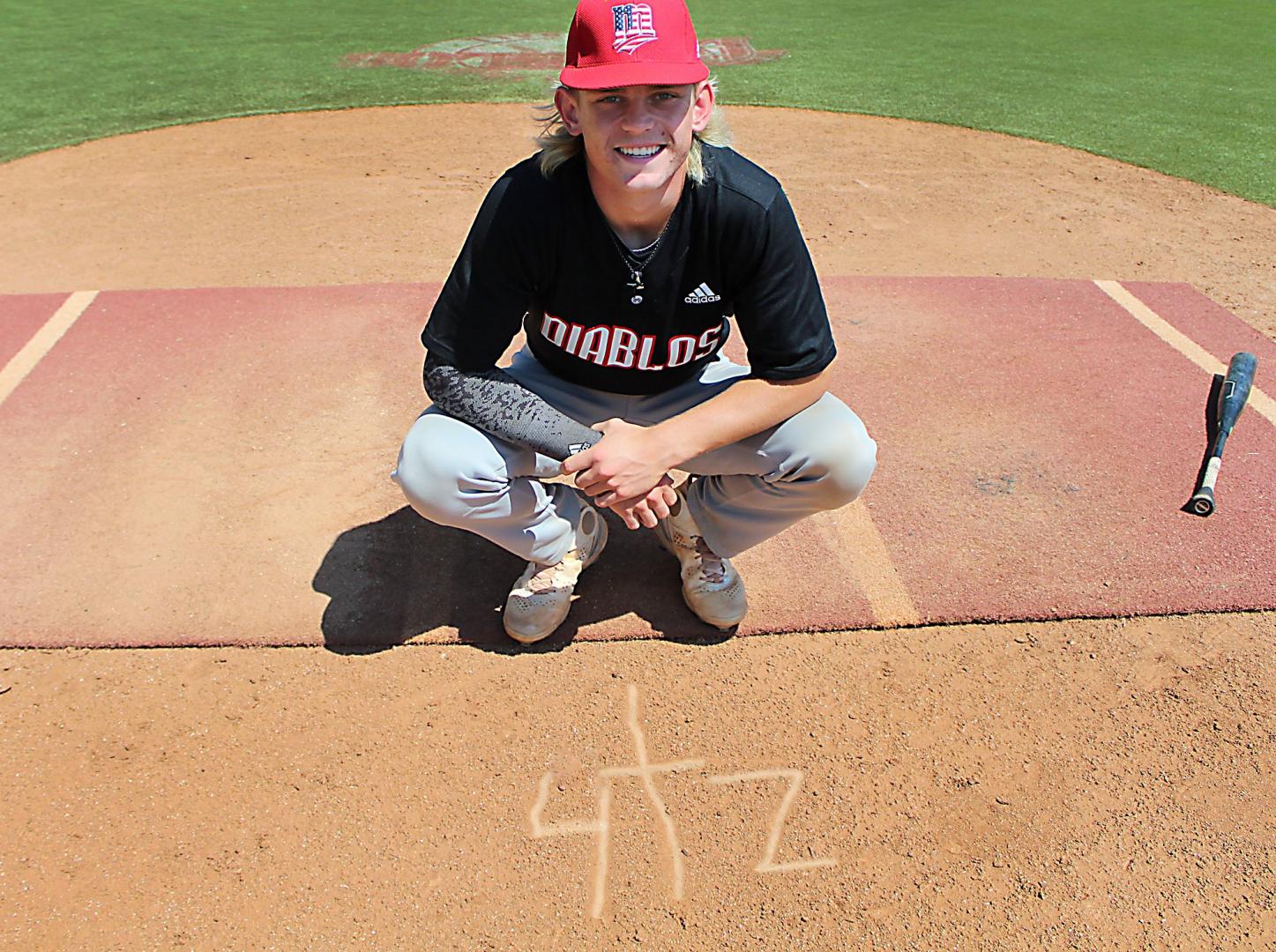 Mission Viejo catcher Jimmy Zakhar poses with what he writes, a cross with 4Z to say "for Zoe", every time he steps into the batter's box. (Ryan Kuhn, SOCoPrepSports.com

He does it for his teammates, his coaches, and he does it because he has school pride.

But there is another reason.

One that will always sit close to his heart.

“Family means everything to me,” Zakhar said.

Every time he steps into the batter’s box he draws a cross with his bat and includes the number four and the letter ‘Z’.

“I write her initials thinking of her,” Zakhar said. “She has never seen me play,”

Zoe has never seen her brother play because she died at birth. Zakhar said he was around five or six years old at the time.

“At the time, I remember thinking that something was just going on at the hospital,” Zakhar said. “We were in a deeper, darker place than we should have been.”

But the Zakhar family had a solid support system. Eventually, Jimmy found the game of baseball as a way to cope.

“Baseball helped me a ton,” Zakhar said. “It was really a good way to get my mind off of things.” 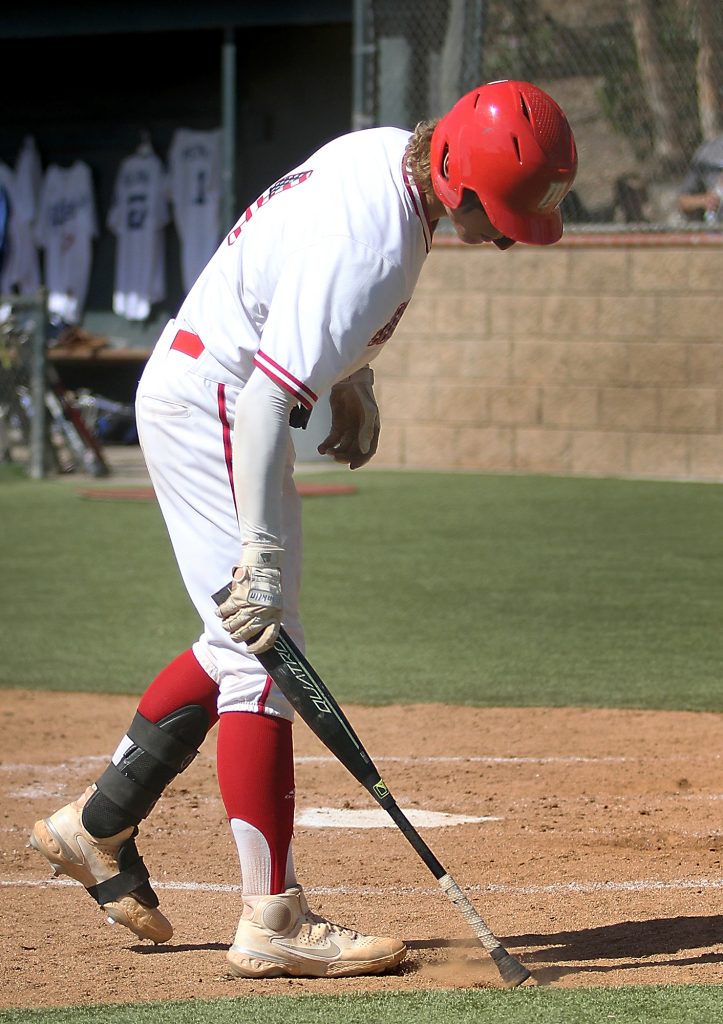 Mission Viejo senior catcher Jimmy Zakhar honors his baby sister Zoe by drawing a cross and writing her initials in the dirt before stepping into the batter’s box in a game against Dana Hills on May 28, 2021. Zakhar does it every at-bat. (Ryan Kuhn, SOCoPrepSports.com)

Jimmy Zakhar’s uncle and his grandfather were both drafted by major league franchises and quickly began to be his inspiration.

“My uncle, Brad Graff, played catcher, and that’s where things really got started,” Jimmy Zakhar said. “I really enjoyed watching catching on TV and I was always at the field playing catch or hitting.”

By the age of 12, he was putting on the catching gear and heading to a batting cage to practice catching pitches.

“I remember putting on the gear and I haven’t taken it off since,” Zakhar said. “As a catcher, you are involved so much in the game. The only guy who is involved in every play and seeing so many different situations is the catcher.”

By the eighth grade, he said he started to realize she had a life, she had heartbeat. His family started attending church again and the whole family got baptized on her birthday.

Eventually he started writing the “4Z” with the cross.

“The whole idea was really just about honoring her,” Zakhar said.

Once Zakhar reached Mission Viejo High School, he made varsity his sophomore season, but didn’t get much playing time.

He was ready for a breakthrough junior season, but that was cancelled because of the coronavirus pandemic.

As disappointed as he was, Zakhar persevered and made his way out to Texas to play for a travel ball team.

For the next three and a half months, he caught big league pitchers such as San Diego Padres starter Chris Paddock while working on his defense and learning the art of catching from Minnesota Twins prospect Kyle Schmidt.

“It was a really good environment where I could excel and learn so much,” Zakhar said. “Talking to these big league and college pitchers was so valuable.”

Now, Zakhar is back home.

He has seen success in his final year, batting .286 with 3 home runs and 21 RBIs. His Diablos won the South Coast League and open up the postseason against Marina on Friday.

And Mission Viejo coach Chris Ashbach knows how valuable his catcher has been this season.

“He brings energy” Ashbach said. “He is such a positive influence and a team guy. He’s just a joy to have around.”

Zakhar will continue his baseball career by attending Division I Dayton next fall.

He hopes to get drafted eventually and play for his mom’s favorite team, the Milwaukee Brewers.

But no matter what batter’s box he steps into, he will continue to honor his baby sister.

“I believe she is always watching,” he said.

It’s the most he can do without telling her the words he has always wanted to say.