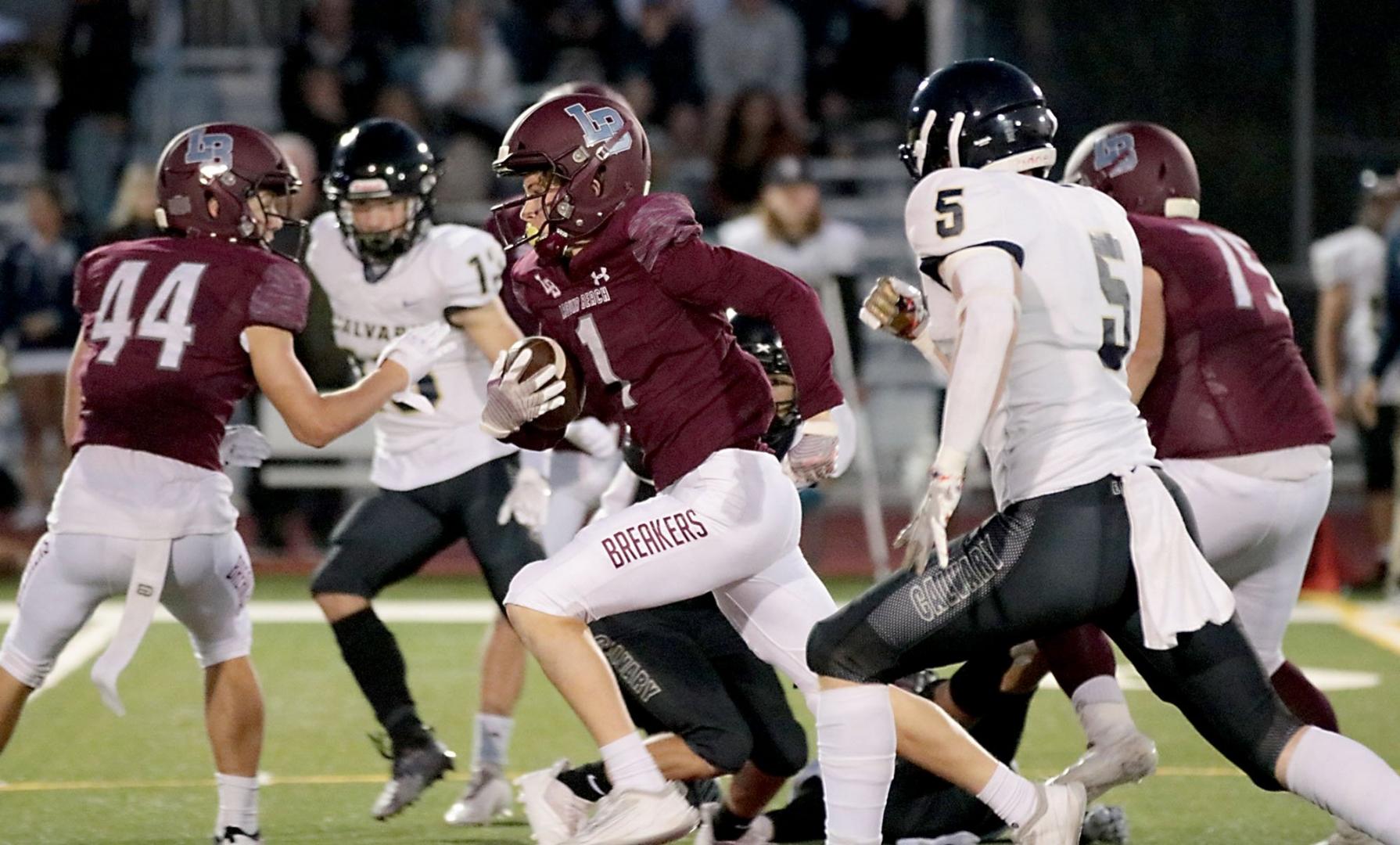 The senior racked up 190 yards and four touchdowns as the Breakers cruised to a 42-7 win at home.

“He could be President of the United States one day,” Laguna Beach coach John Shanahan said jokingly. “He does a lot of things really well. He can play any position and most importantly he’s accountable.”

Arntz was able to carry the Breakers to a touchdown in their opening drive.

On the first play of the game he broke off for a 49-yard rush to get the Breakers rolling. He contributed every offensive yard during the early touchdown drive.

With early season injuries to running back duo Jackson Golden and Tyler Fields, the senior was able to keep Laguna’s offense flowing.

“Next man up,” Arntz said. “There’s nobody on this roster that I don’t trust to make a big play, this roster is extremely deep.”

Arntz wasn’t the only player to contribute to the productive offense for the Breakers. Junior quarterback Will Bingham threw for 171 yards and two touchdowns despite being subbed out at the start of the fourth quarter.

“We had a great week of practice this week,” Bingham said. “If we keep doing what we’ve been doing then hopefully it can translate to Friday nights.”

One of Bingham’s favorite targets during the game was sophomore wide receiver Jacob Diver. He was able to finish the game with 52 yards and two of the Breakers’ six touchdowns.

Moving forward, Laguna Beach will begin to prepare for league games. After next week’s game against Segerstrom they will move straight into the Pac-4.

After going 0-3 in last years’ league games, the Breakers look to turn things around.

“When things go good it has a tendency to snowball,” Shanahan said. “This win will help our confidence a lot. We have a long way to go but every week we just need to get better.”

In league play, the Breakers will face Westminster, Ocean View and Godinez Fundamental.

Westminster and Ocean View defeated Laguna Beach in last year in league, however, Godinez Fundamental will present them with a new challenge as they are new to the league.