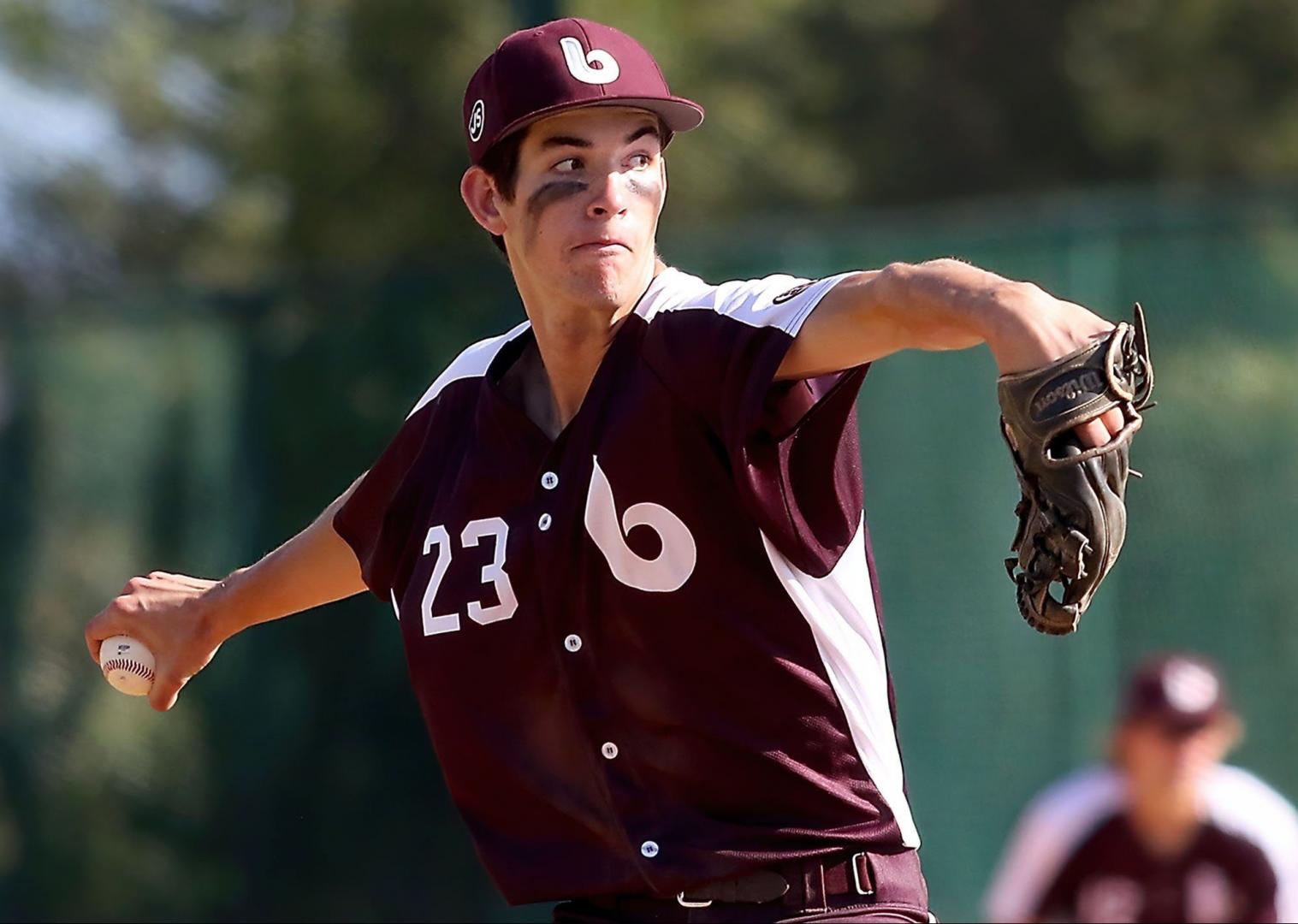 A win over Marina would give them some distance in second place that helps secure a playoff spot.

So the Breakers leaned on what has been its strength all season: pitching.

“We are really blessed with pitching,” Laguna Beach coach Jairo Ochoa said. “We have four or more arms that could pitch at any other school and hey make the most of every opportunity when handed the ball,”

With a rotation that includes Nick Bonn, Griffin Naess, Shae Blanchard and Colin Kidd that has combined for a 1.60 ERA, it was Naess’ turn to take the mound and he did not disappoint.

He threw 95 pitches for a complete game and gave up up just one earned run as the Breakers won 2-1.

“I threw a lot of off-speed pitches after they jumped on my fastball pretty early,” Naess said. “ I knew I had to focus on my change up and slider. It was working.”

Naess started the game giving up a leadoff single but quickly settled in retiring the next seven batters in a row.

He also got involved with the offense coming home on an error by Marina’s Collin Miskelly.

The Vikings scraped one run across in the third inning following a double by Michael Faubert but Naess wasn’t fazed. His offense helped him out in the bottom half when Max Burch lined a single into right field to drive home Tyler Montgomery.

From there, Naess just settled in with the lead.

He came out and retired the side in order in the fourth inning and worked out of a jam in the fifth with no outs and runners on first and third.

He finished with a season’s best eight strike outs and and just one walk.

“Griffin is a guy that truly goes out there and pitches,” Ochoa said. “He is going to command the zone and has four pitches that can run away from guys or cut in. He does a great job keeping batters off balanced.”

Marina threatened with its final chance in the top of the seventh when Dustin Soto singled but Laguna Beach quickly put a stop to it with a game-ending double play.

“This was big,” Naess said of the win. “We were looking to beat this team the first two games but that didn’t happen. We didn’t want to get swept. “

Laguna Beach will now have an opportunity to win its league if it can win the next two games against Corona del Mar.

The first game is next Wednesday at Skipper Carrillo Field in Laguna Beach.

Ochoa knows it won’t be easy but said the win over Marina should boost his team’s confidence.

“We know our pitchers will always give us a chance and will keep us in ball games,” Ochoa said. “We need to to get back to work and focus on the things we need to improve on.”

A legend in the dugout

Skipper Carrillo was in attendance for his first game of the season.

The longtime Laguna Beach baseball fan has volunteered for the high school and little league baseball teams for more than 50 years. Now he the inning announcer cheering fully telling the people in attendance what inning it is.

“We always rally around Skipper,” Naess said. “Today he brought us that extra energy.”