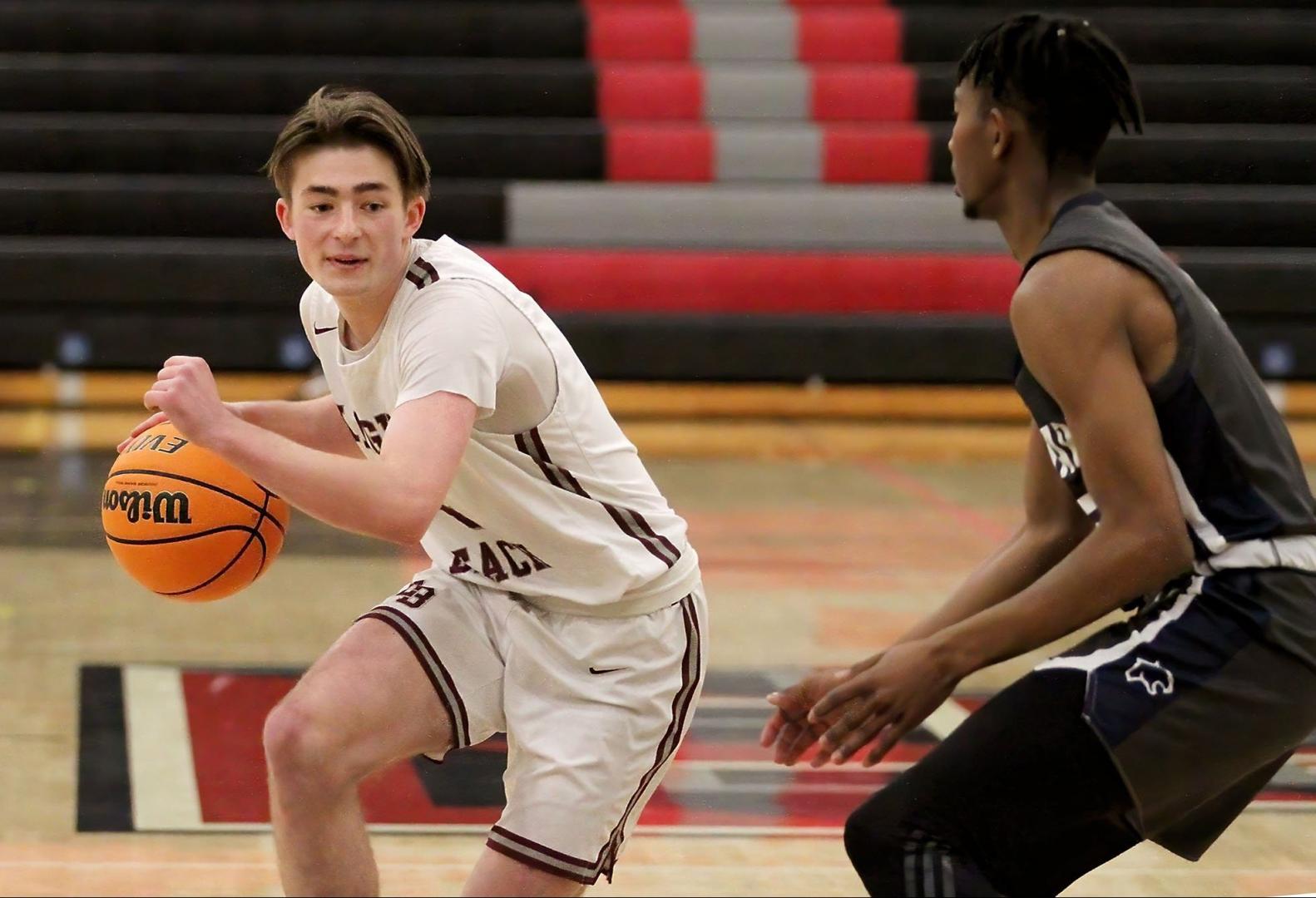 TUSTIN — Momentum during a high school basketball game can be fickle.

And Laguna Beach senior guard Aiden Del Col found out exactly how fickle on Wednesday night against Chaparral in the Tustin Holiday Classic.

Del Col scored 11 points all in the fourth quarter to help bring the Breakers back from a 15-point deficit to get within two points in the final minute.

“I was bummed out, for sure, but I was happy that we came back,” Del Col said.

Laguna Beach was riding a wave of momentum since arriving in Tustin with two coming straight wins to reach the semifinals.

Chaparral had other plans.

Senior Kai Gillies scored six points to start the first quarter, but the Breakers were held to just three field goals and trailed 10-8 after the first eight minutes.

By the midway point of the second quarter, Chaparral’s defense also grew stronger and forced Laguna Beach to make mistakes.

By the second half, Chaparral was in full control.

But when the fourth quarter came around, the Breakers finally found an answer.

It came in Del Col.

While Jackson Sirianni and Gillies have led the offense for the majority of the season, Del Col stepped up and started to make some shots.

He scored eight consecutive points including two 3-pointers from the wing and Laguna Beach was right back in it.

“We brought the intensity up and we were swing the ball correctly,” Del Col said. “It really helped us get that lead down.”

Gillies converted a three-point play in the final minute after a turnover by Maur Tablada on an inbounds pass, the Breakers had a chance to tie the game.

But with 14.1 seconds left Gillies got to the free throw line made one free throw and Chaparral sealed the game with free throws.

“The kids stick with it,’ Fleming said. “It was good to see them competing and knock down some shots.”

Laguna Beach will return to the court on Jan. 7 when it hosts Huntington Beach in the final non-league game before traveling to Edison on Jan. 12 to kick off the Surf League season.

San Clemente boys basketball team was scheduled to play Los Alamitos in the second semifinal game of the Tustin Holiday Classic but tournament officials said the Tritons decided to pull out.

No reasons were given at this time.