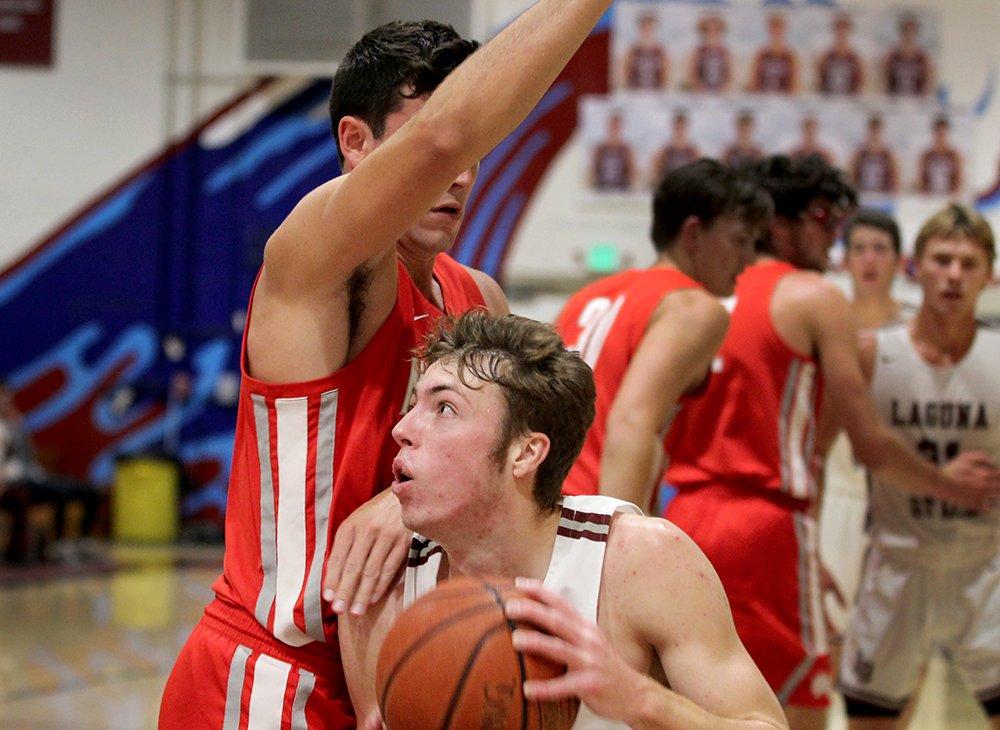 LAGUNA BEACH — Mater Dei High School has been the measuring stick for boys basketball in California.

This season is no exception.

The team is perfect this season and ranked No. 1 in California in the MaxPreps state basketball rankings.

But, when undefeated Laguna Beach hosted the Monarchs for a late addition non-conference match on Monday, Breakers coach Bret Fleming found out his team has plenty of room for improvement.

“Tonight we found out who we are,” Fleming said. “I thought we were a group who focused and competed but we didn’t bring much heart to the table. Tomorrow, we will focus on changing that.”

Mater Dei (18-0, 6-0) made itself known when it walked into the Breakers’ gymnasium.

Four players stand 6-foot-8 or taller, and three players sit amongst the top 30 California basketball recruits according to 247sports.

And they didn’t wait to make an impact.

Junior Gabriel Quiette added a bucket, and the Breakers trailed 19-5 with two minutes remaining in the first quarter.

On the other end, the Breakers looked flustered as they could not get their offense going and finished the half trailing, 42-11.

“When you play a great team like that, you have to play hard and come out wanting to win, but I felt we didn’t come out like we needed to,” Breakers forward Nolan Naess said. “I think we were just in our own heads.”

Mater Dei continued to pour on the offense during the second half, but Laguna Beach did respond with some mid-range jump shots from Naess.

Naess, who will be continuing his basketball career next season at Division I Army West Point, finished with a team-high 20 points but just could not get anything going.

“He gave the best effort, he just had a horrible shooting night,” Fleming said. “He couldn’t throw a pea into the ocean.”

Laguna Beach also added scores by junior center Jackson Siranni and point guard Willie Rounaghi, but they still suffered their largest defeat since Sante Fe High School came away with a 58-22 win in 2017.

“We have a nice team with some nice pieces but to step up and compete at the playoff level, you need to be at a whole other caliber,” Fleming said. “Mater Dei is the best in the county and they will be for a very long time.”

Laguna Beach will continue its season on Wednesday when it travels to Fountain Valley.