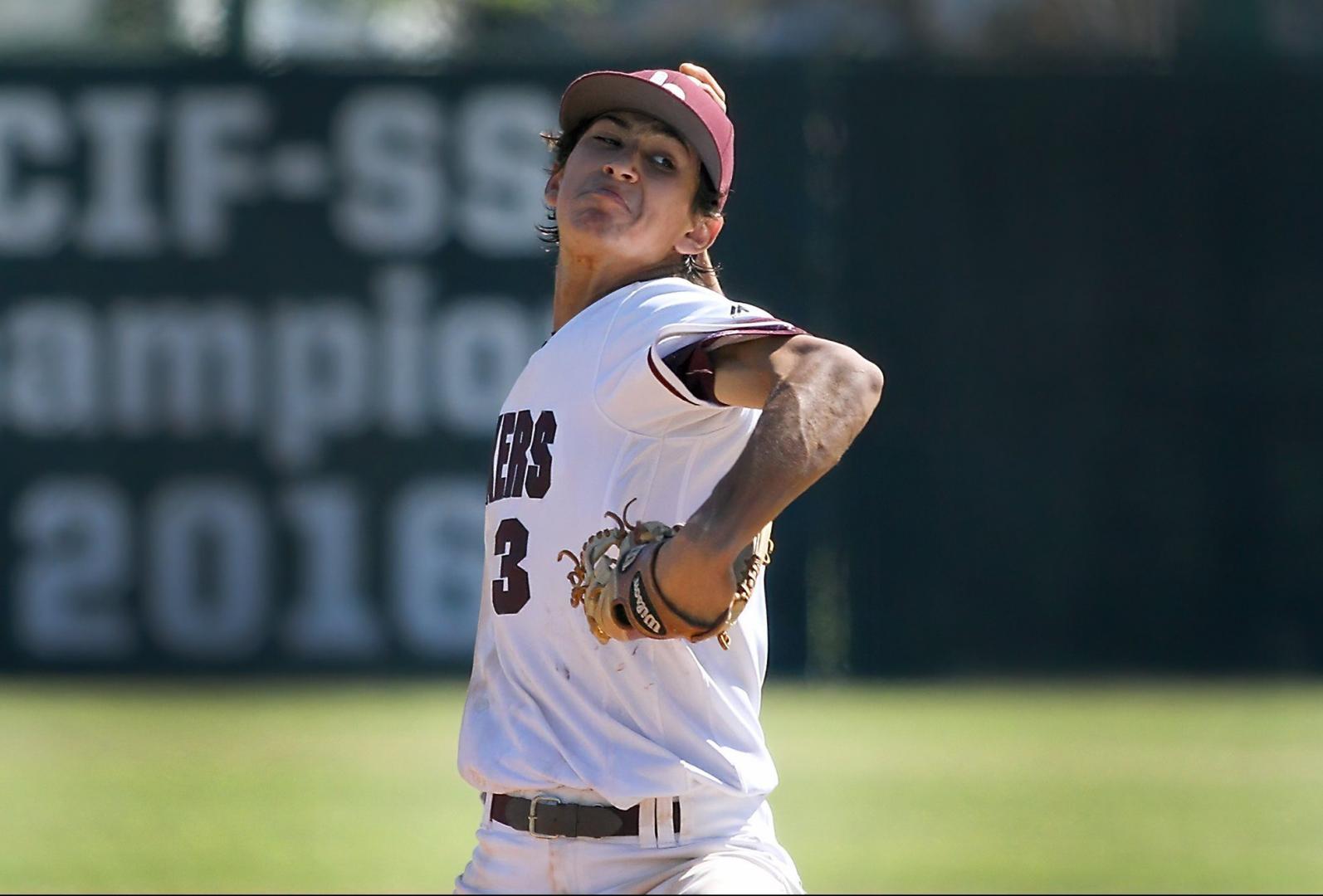 LAGUNA BEACH — Laguna Beach pitcher Nick Bonn is already making the most of his senior year.

He has struck out 19 batters and hasn’t allowed an earned run over 12 innings pitched this season.

More than that, he’s doing it all with limited run production.

“You can always use more runs,” Bonn said with a smile. “When you don’t have the run support it puts a lot of pressure on you. You really have to make sure you hit your spots.”

Saturday was another example of Bonn having no room for mistakes.

Laguna Beach was in a 2-1 battle with Segerstrom until Taylor Montgomery and Griffin Naess broke the game open with RBI-doubles in the seventh inning. The Breakers held on for a 4-1 victory.

“It feels good,” Laguna Beach baseball coach Jairo Ochoa said. “We have been struggling to find the big inning so it was nice to take advantage of a few walks and get some clutch hits to open it up.”

While Ochoa and his team knows the importance of scoring runs, he knows his offense will come along. He said it’s just cleaning some things up.

“I think there is some emotion going on where guys are trying to do too much in certain spots,” Ochoa said.  “Once we get our footing, I think we will be OK.”

Laguna Beach got runners to third base in the first two innings on hits by Bonn and outfielder Shea Blanchard but were stranded after the innings ended on strikeouts.

Segerstrom took advantage of the opportunities in the third inning when James Ashcraft came around to score for an unearned run.

It didn’t take long for the Breakers to tie the score after sophomore catcher Noah Nuefeld singled to right to drive in Bonn. Three batters later Naess scored on an error by Segerstrom shortstop Derek Higareda.

Back on the mound, Bonn seemed like he was getting stronger the more innings he pitched.

He struck out Nic Valdez swimming to leave the tying run on third and then retired five out of the next six batters.

He finished throwing a complete game, giving up six hits while striking out seven batters and walking just one.

His fastball was also topping out at 93 miles per hour.

“I didn’t have that much control of my fast bal to start so I had to rely on my curve and slider until I found it,” Bonn said. “I just had to adjust.”

The Breakers had control of the game entering the bottom half of the sixth inning but plated two more insurance runs with the clutch hits by Montgomery and Naess.

The Jaguars attempted a comeback with three outs remaining but Kenny Cabada was stranded on second as Bonn finished the game striking out both Eddie Lopez and Max Garza looking.

“With each win under our belt like this we gain that confidence we need for that Wave Division in the Sunset League,” Ochoa said. “We are going to have to battle for every win.”

Laguna Beach continues its season with a home tournament game against Kennedy on Tuesday. The Fighting Irish are coming off a tournament tie with Laguna Hills.