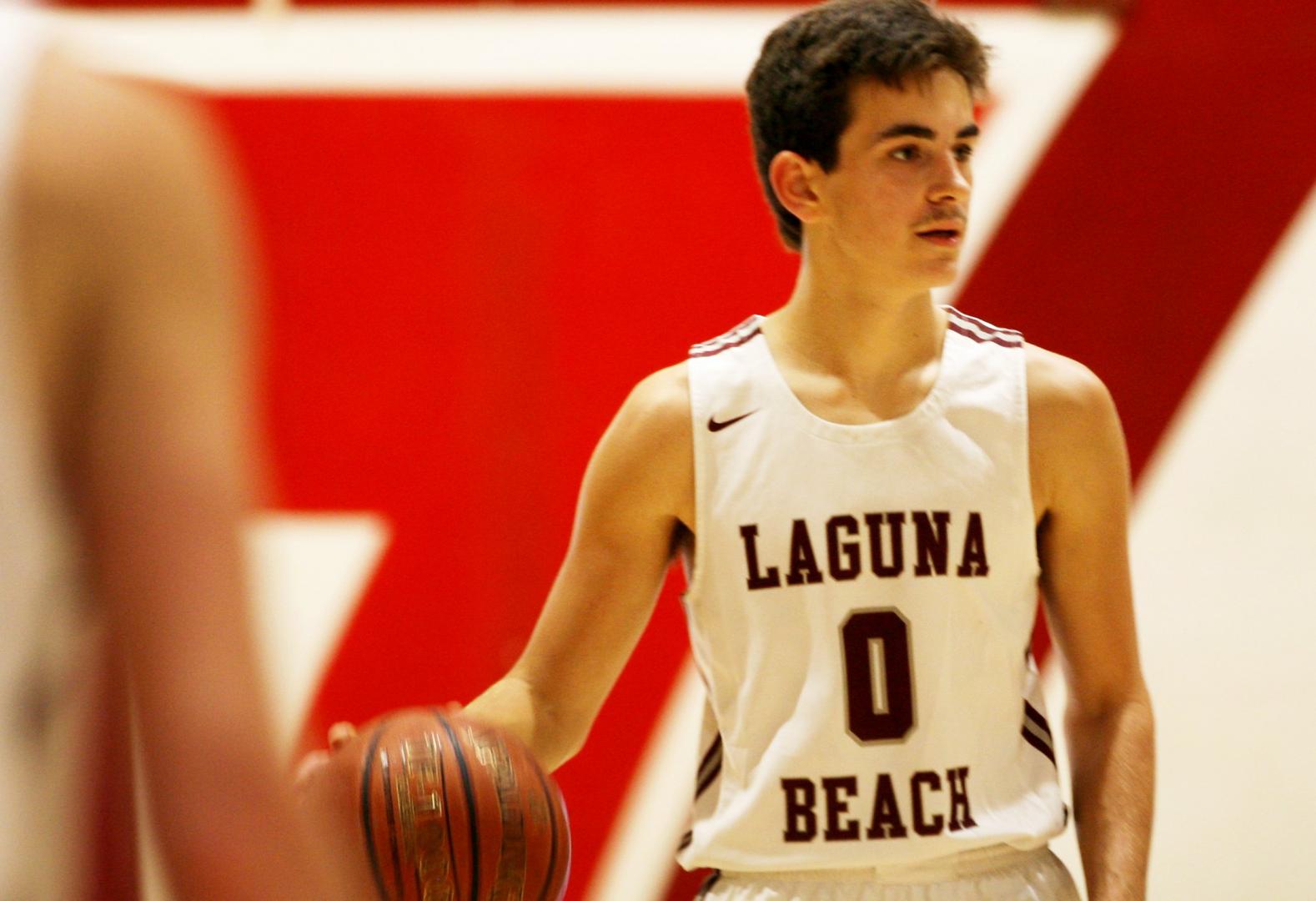 LAGUNA BEACH — Laguna Beach senior guard Willie Rounaghi was a bit hesitant shooting the ball in his team’s season opener against Calvary Chapel this past Thursday.

So, his coach challenged him.

“He passed up a bunch of open threes so, I told him, ‘If you are not going to shoot, I’ll run plays for somebody else,’” Breakers coach Bret Fleming said.

Rounaghi took that to heart as he finished with 23 points and made seven 3-pointers, leading Laguna Beach to a 66-47 win over San Clemente on Saturday evening.

“My teammates have all the confidence in me, so it was easy when I got the open looks,” said Rounaghi.

He hit his first outside shot and approached his coach with a smile and a message.

“(Willie) came over to me and said, ‘Keep going to me, I’m not going to miss tonight,’” Fleming said.

Laguna Beach held an 11-7 lead after the first quarter and Rounaghi and the offense kept moving forward.

During the second quarter, senior forward Nolan Naess added a 3-pointer and, after Rounaghi hit three more shots behind the arc, the Breakers held a comfortable 28-11 lead.

Since then, he has tried to find a basketball court wherever he can, whether it be at Laguna Beach High School or the front yard with his family.

Now, he never takes a jump shot for granted.

“For the last four months, I really thought this wasn’t going to happen,” Rounaghi said. “When I found out there was going to be a season, I was going to play my hardest every game.”

Five of his seven 3-pointers came in the second quarter, and by halftime the Breakers trailed 36-19.

“Willie can shoot it,” Fleming said with a smile.

San Clemente stayed with Laguna Beach in the second half as the Tritons ran their offense through Tyler Nemeth.

Nemeth attacked the Breakers’ defense and hit a 3-pointer of his own to reduce the deficit down to 52-36.

He finished with 20 points, but that was as close as the Tritons would get.

Rounaghi received some help from his teammates as Kai Gillies hit a 3-pointer, followed by a three-point play by Chase Hall.

“It was a good win for us,” Fleming said. “Nolan (Naess) is also a kid that you better pay attention to because he is really good.”