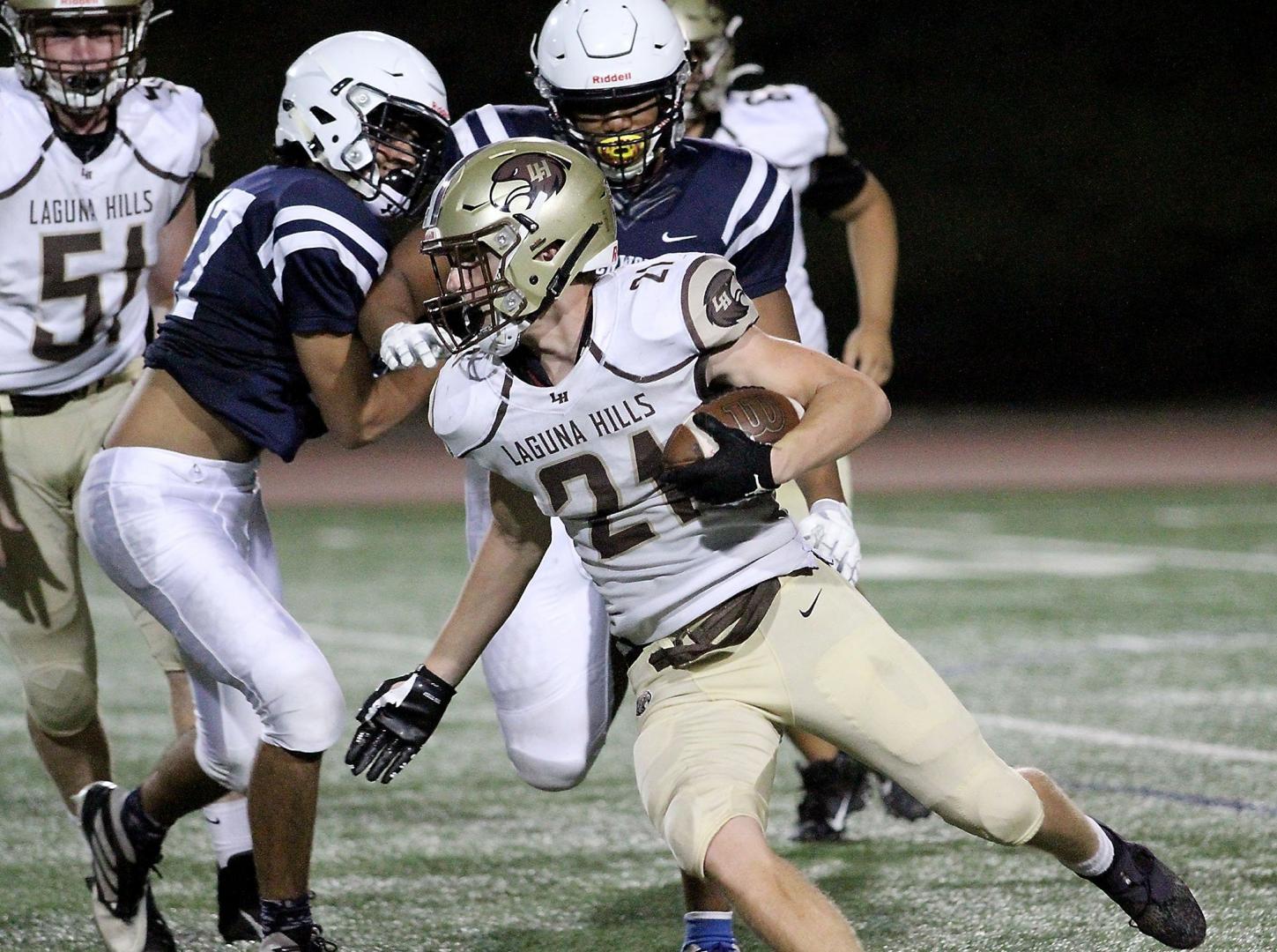 Its star running back, Troy Leigber suffered a shoulder injury against Northwood on Sept. 16. His junior year was over.

But Instead of sulking, the Hawks rallied.

In fact, their rally started that night.

“The Northwood game was really the turning point for us . We could have folded,” Laguna Hills coach John Lester said. “There was a little bit of a cloud over us in the first half, but in the second half it was next man up.”

Junior running back Nick Ferlauto was specifically the next man up that night. He finished with a career-high 119 yards and a touchdown.

Since, Ferlauto has surpassed his Northwood performance. He ran for 210 yards against Woodbridge the next week.

“I’ve always had the same mentality of just working hard,” Ferlauto said “Whether you are fourth on the depth chart or you are starting, you have to work hard.”

While Laguna Hills might not have Leigber, Lester Ferlauto has proved to be a suitable replacement.

“Nick is doing a great job,” Lester said. “He is a No. 1 running back. He’s just playing behind a guy (in Troy Leigber) that is really good. He has good speed and will drag guys two or three yards down the field.”

Just this past week, Ferlauto had his third 100-plus yard game when the Hawks upset Portola this past Friday.

He didn’t score a rushing touchdown bu tdid score the game’s only touchdown on a 53-yard screen pass and he helped the offense control the clock. All the defense needed to do was hold Portola running back Nova Kebeli to 74 yards.

The last time Kebeli rushed that little was in a playoff game against Capo Valley Christian in 2019.

“We just put more guys in the box,” Lester said.

This week the Hawks will see a different offense with Dana Hills averaging 323 passing yards per game.

And it starts with their quarterback, senior Bo Kelly, who leads all of Orange County in passing.

“Kelly has great accuracy and a quick release,” Lester said. “He throws really well on the run and he’s the whole package. Thy will certainly give us fits for sure.”

But Laguna Hills always has their new starting running back ready to answer the call.

Ferlauto can’t predict the future but he will stick with the same mindset he has had since he was handed the reins.

“I just have to keep running the ball,” Ferlauto said. “Pound the rock and control the game clock.”

Laguna Hills and Dana Hills have met seven times since 2012 with the Hawks winning four of the meetings.