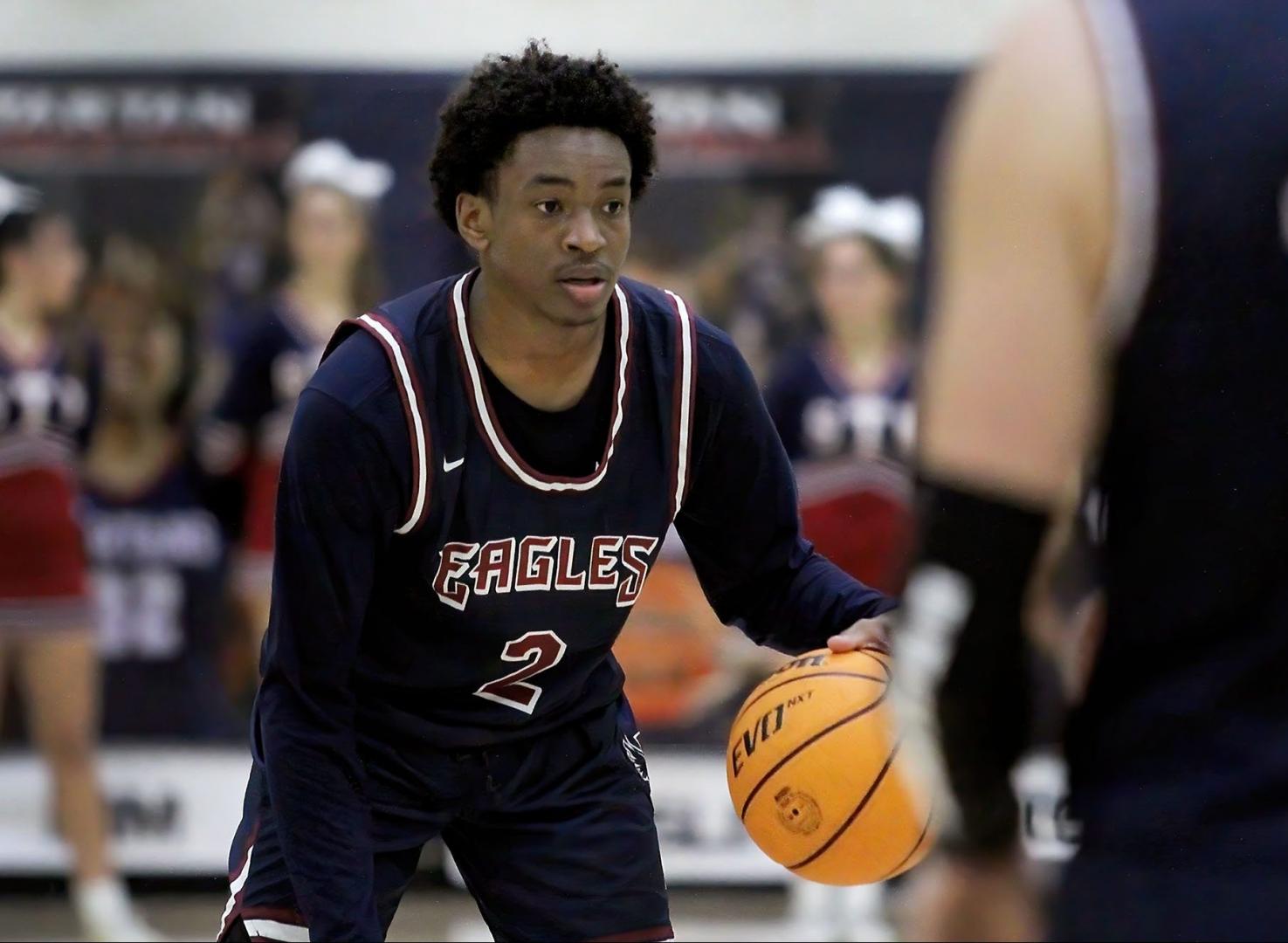 “He defends the basketball, he can score at a high level and he’s athletic, “coach Chris Childress said. “He’s a special kid.”

But the point guard position was an unfamiliar to Williams.

“I just want to be the best version of me,” Williams said. “This is a better opportunity. I want to be a point guard in college and here I’m able to do that.”

Williams moved from shooting guard to point guard after arriving in San Juan Capistrano and he quickly thrived in his new role.

He played the previous three years at St. Anthony High School in Long Beach but was primarily an off ball scorer. Williams and his family knew being a point guard would give him a bigger opportunity at the college level so he transferred.

Since Childress coached at Capo Valley Christian for the last five years he has taken pride in running a program that allows players to be who they are.

“That has been the staple for us,” Childress said. “Guys develop here.”

Williams knew it wouldn’t be easy but in his first game after the transfer sit-out period he finished with 20 points, six assists and just four turnovers against an experienced Long Beach Poly team.

“The biggest thing is allowing him to make mistakes,” Childress said. It’s easy because he is such a coachable kid. He wants to watch film. He wants to ask questions.”

Williams said his biggest hurdle has been learning how to communicate with the ball.

“It’s harder to run the offense and be in that leadership role,” Williams said. “Throughout the whole summer and practices I knew I was improving but being new here there was still a struggle handing the flow of the game.”

Over the next handful of games Williams’ production increased including a 17-point, 8-rebound, and 8-assist game against Fairmont Prep and even dropping 22 points against his former team, St. Anthony.

And his teammates have seen a difference.

He’s doing a great job progressing,” senior guard Mac West said. “With him running the offense, we can move off the ball more.”

Now with the Eagles’ opponents knowing what Williams can do, teams are making adjustments whether moving the defense are playing a box-and-one, and double-teaming him in the lane.

“It’s sink or swim at this point but he’s done a good job,” Childress said. “Point guard is his natural position. His trajectory is so high.”

Capo Valley Christian just finished up its regular season winning its last three games to get a home game in he CIF-Southern Section Division 2A playoffs tonight against Downey.

Williams hasn’t had any offers yet, but his coach is helping him out. In the meantime his focus is on winning a CIF title, even if he had to learn a new position on the fly.

“Having the ball in his hands is pretty special,” Childress said of Williams. “If we are playing well and sharing the basketball basketball this team is a tough outing for anybody.”