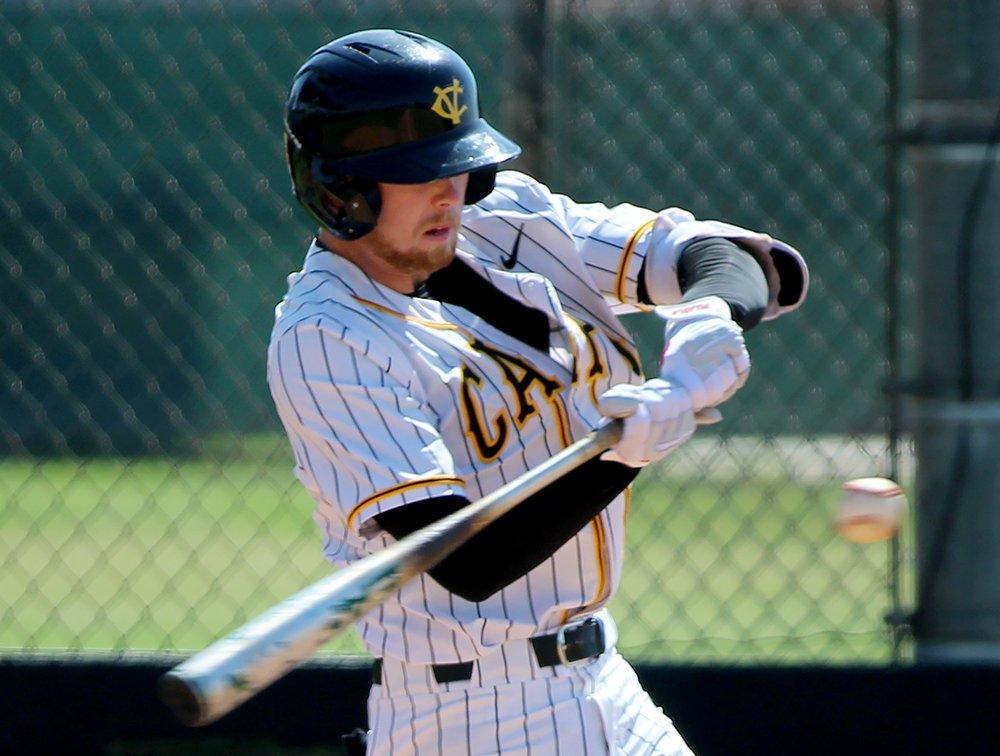 In the sixth inning, he launched a towering grand slam over the left field wall, sealing a 9-4 victory.

The win not only gave the Cougars a series win to stay in first place in the South Coast League, but also granted them some validation.

“This whole team has a chip on its shoulder,” McGwire said. “When you look at the rankings, it feels like we are already counted out, sitting 126th. We just beat one of the best teams in the state, so no one should count us out.”

The Max Preps state baseball rankings are based on total wins and losses while taking into account results against other ranked opponents and a team’s strength of schedule.

Dana Hills was ranked 15th before the loss.

Capo Valley baseball coach Adam Sorgi tells his team not to worry about rankings but understands why they feel slighted despite having 13 wins this season.

“Anything they can use for motivation, I’m all for it,” Sorgi said with a smile.

Both teams came into the contest winning a game in the best of three series. Capo Valley won on Tuesday at home, while Dana Hills took game 2 in Dana Point.

The bats for both teams were quiet until the fourth inning, when Dana Hills outfielder Aiden Anderson walked and Sebastian Moore hit a two-run home run to right field.

It was his only hit of the game, but he finished the series with 5 RBIs.

“He just sees the ball well and has such quick hands,” Dolphins’ coach Tom Faris said. “It doesn’t matter how hard of a pitch comes to that kid. He can hit it.”

Capo Valley answered in the bottom half of the inning, when Dolphins pitcher Bo Kelly allowed four runs with RBIs from Jackson Wear, Sterling Thompson and Jaden Sekhon.

Dana Hills averages 4.6 runs per game this season and quickly made up their deficit in the sixth inning .

Dolphins’ sophomore pitcher Kade Murray came in but struggled to find his command by hitting a batter and walking Dobson with the bases loaded for the go-ahead run.

McGwire came up to the plate after and, on his second pitch, he connected for the grand slam.

“I just went up there trying to battle my ass off and he threw me a (fastball) on the first pitch. I don’t know why he threw it again to me. I was ready for it,” McGwire said.

Both teams will continue their seasons playing out their South Coast League schedules.

Dana Hills will look for success against El Toro after having lost four out of their last five games, while Capo Valley, now having won five out of its last six, will take on Tesoro.

But with both teams moving in different directions, only time will tell how the new rankings will play out.

“We are now in the driver’s seat and we have to continue to play good baseball,” Sorgi said.