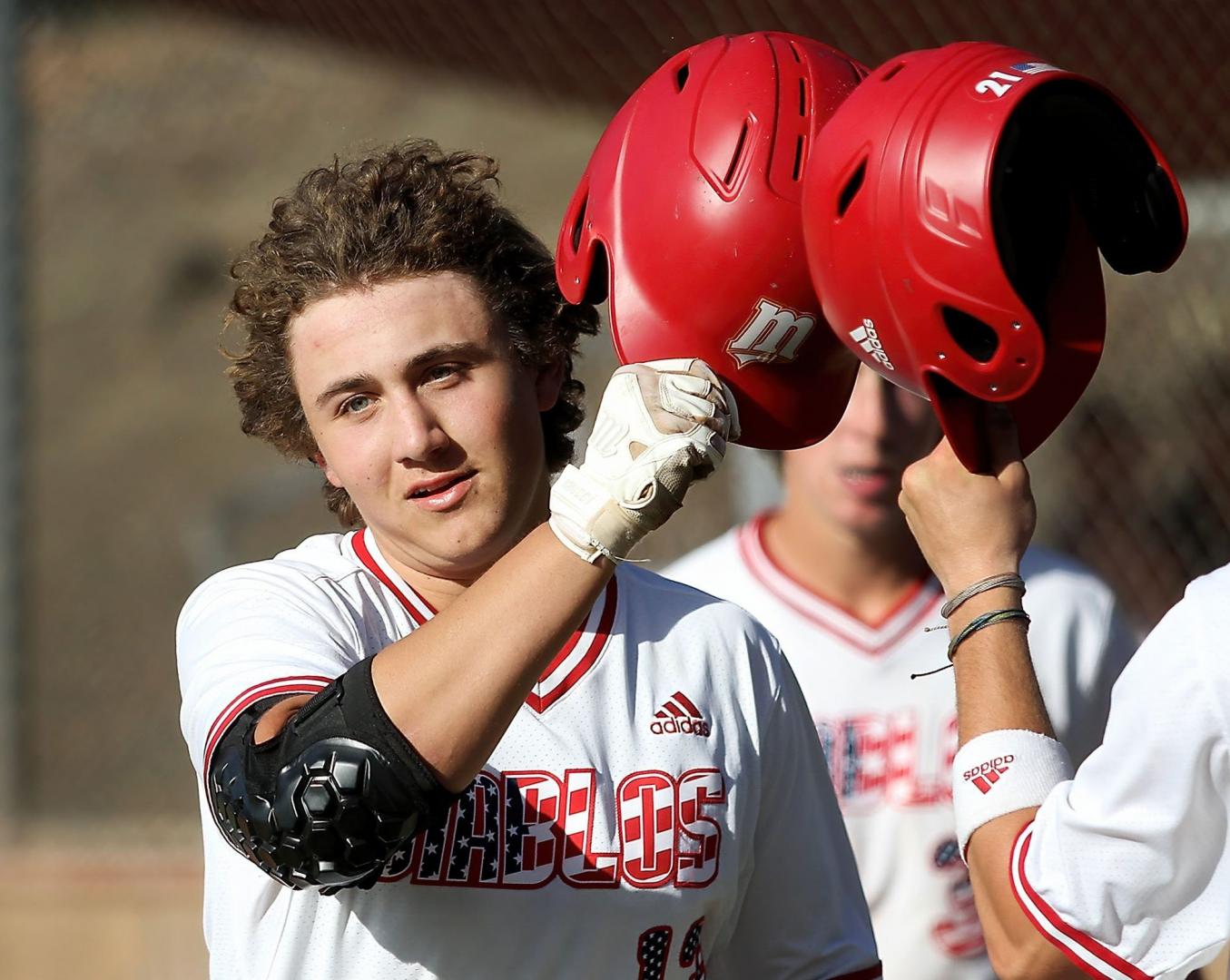 The Diablos not only came back defeat Tesoro, 12-6 to sweep a three game series, but now sit in a comfortable position in the South Coast League standings.

Depending on what Capo Valley does against Dana Hills next week, first place is well within the Diablos’ reach with a 5-1 league record.

“I’m very happy for the boys,” Mission Viejo coach Daniel Holley said. They have worked hard for this.”

Mission Viejo already held some momentum entering the finale having won four games in a row.

But Tesoro quickly answered with a three runs in the first inning. Junior outfielder Jackson Kemmerer hit a 2-run triple and came home to score on a wild pitch.

Mission Viejo left the bases loaded in the first inning and a runner stranded on second base in the second inning but Holley made sure to keep his team thinking positive.

We knew we had six more innings so we had to let it go and move on,” Holley said. “That’s difficult to do especially for high school players but if we keep preaching that eventually we start to see changes.”

The change came in the fourth inning when sophomore Jack Matranga started the inning with a solo home run to right field. From there, the Diablos sent 13 men to the plate.

“We grind out at-bats,” Holley said.  “We battle with two strikes, we make their pitchers throw more pitches and it’s really helped our season.”

Tesoro answered with a few runs in the fifth inning when Owen Faust and Nate Molinari came up with RBI singles, but it was quickly erased when third baseman Andreas Nilsen came up to the plate.

He hit his second home run of the year.

‘23 3B Andreas Nilsen of @BaseballMVHS sits back and absolutely destroys this belt high fastball for a two run #PBRBombSquad to give Diablos a 10-5 lead as we head to T6. Has played a strong game at 3B where the arm/footwork play. @PBR_California @JoeyCohen20 pic.twitter.com/FgBNxnzEF9

“It was a big momentum swing for the team,” Nilsen said. “I give props to my teammates for getting on base.”

Mission Viejo has hit only five home runs this year but Holley doesn’t mind that. He will be the first to tell you, they aren’t a home-run hitting team.

“We are a gap-to-gap doubles team,” Holley said. “That’s how we play

Mission Viejo will now continue its season when it faces El Toro. With still three-plus weeks left in the season, Holley said it’s important not to get ahead of themselves.

“We are 5-1 in league and that’s great but we haven’t won anything yet,” Holley said. We are happy today but when we wake up we need to focus on El Toro.”

Tesoro will have its bye week.