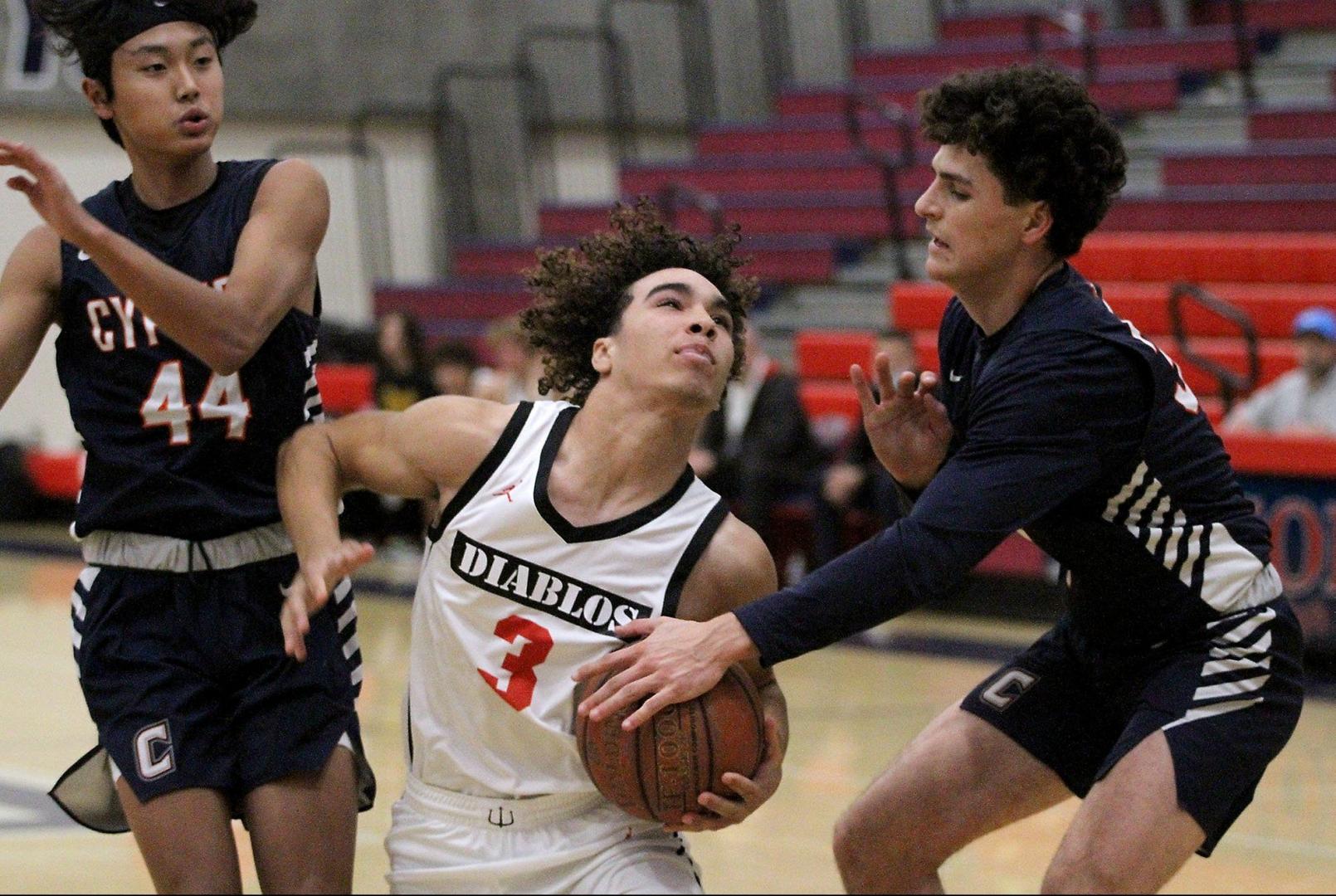 RANCHO SANTA MARGARITA — Everything was going great for the Mission Viejo boys basketball team at the North/South Classic on Tuesday night.

That was until the fourth quarter came along.

Cypress capitalized on some Diablos mistakes to escape with a 67-64 win.

It was Mission Viejo’s seventh loss in nine games.

“We made a lot of mental mistakes,” first-year coach Moe Golshani said. “We took unnecessary 3s at really bad times in the game.”

Mission Viejo jumped out to an early lead with some balanced scoring made up of 6-foot-6 sophomore Alexander Frost, Robby Andrade and Connor Dagarin, but the Centurions answered.

Just before the end of the first quarter, sophomore Trey Tolmaire converted a three-point play and the Diablos held a 17-14 lead.

Midway through the second quarter, however, the mistakes started to show up.

Cypress took the lead with 3:20 remaining until halftime.

“We are trying to change our defensive philosophy,” Golshani said. “Before there was a lot of zone play.”

Mission Viejo regained its composure just before halftime as Josh Hewitt hit a 3-pointer and the Diablos held a 29-25 lead heading into the locker room.

One player that does have varsity experience is Tolmaire’s older brother, Isiah.

This year he’s increase his scoring average to 16.2 points per game. He finished Tuesday right at his average of 16 points including hitting a clutch 3-pointer in the third quarter.

But by the fourth quarter, Cypress made its run. Jonas Hanson, Mickey Kadowaki and Devin Cunningham all made shots to take control.

Mission Viejo cut its deficit down to two points in the final minute but a turnover sealed the win for the Centurions.

“This is a great group of kids but it’s hard when you lose like that,” Golshani said. “We just want to get better every day.”

Mission Viejo continues its season on Dec. 27 when it faces Woodrow Wilson in the Tustin Tournament.