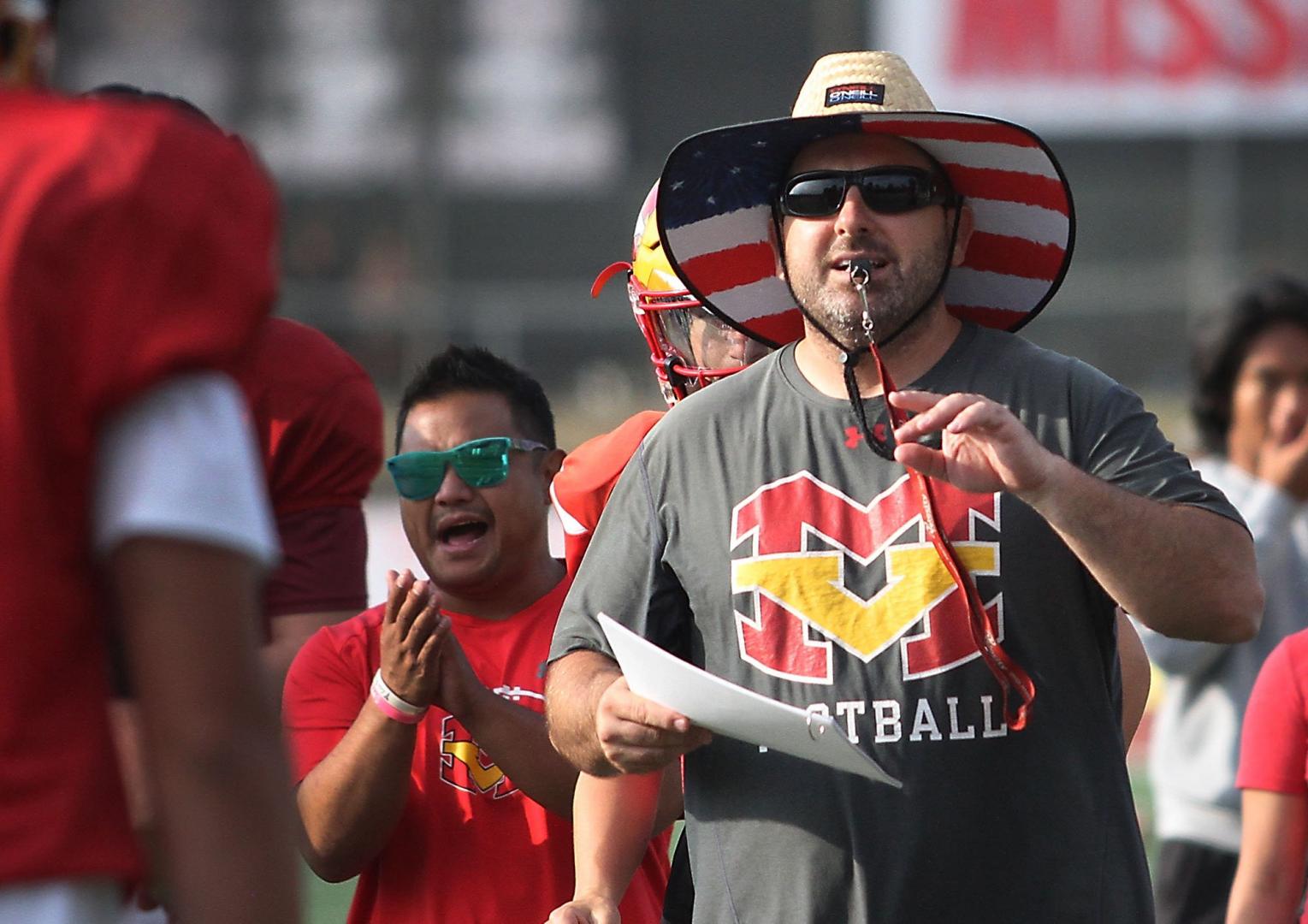 But he didn’t care. He chose to embrace the chip growing on his shoulder.

“There were people in my life who doubted me so it was kind of like my ‘F’ you, let’s do it,” Johnson said.

More than two decades later, that chip has turned into what Mission Viejo football represents.

And they have turned a lot of heads. The Diablos are off to their best start since finishing the 2019 regular season undefeated.

But they could care less about what is being said, written or any rankings that get released.

“If we get picked to lose, I don’t even think our players realize it. All of their focus is on what they have to do to be successful,” Johnson said.

Not that they care, but the Diablos are ranked No. 5 by Calpreps.com.

They have some weapons on offense, such as first-team all-South Coast League quarterback Kadin Semonza and wide receiver Mikey Matthews but, before the season even started, Johnson knew there were questions about the defense.

“We lost 10 starters from a year ago,” Johnson said.

The rest is a group of players just waiting their turn.

“I call my defense, the no-name defense,” Johnson said. “We don’t have any Pac-12 players but they are a perfect group. They are fast, athletic, hard-hitting and smart.”

Strong safety Jake Higgins is a senior and playing his first season on varsity.

He didn’t play last season after injuring his shoulder and contracting COVID-19. He quickly made up for it with a strong start in 2021 with interceptions in back-to-back games against Servite and Long Beach Poly.

“He allows us to be ourselves on the football field. He puts in a good game plan and we execute,” Higgins said. “It’s one of the things I love about him.”

Not only does Higgins respect his coach’s knowledge of football, but he also values the ability to speak his mind. No matter what Johnson says, he will always have the players’ best interests at heart.

“What he says might upset some people but, once he feels a certain way about something, he will tell you. He will do anything to protect his players,” Higgins said.

Higgins wants see where football will take him beyond Mission Viejo High School, and also wants to pursue a career in aviation.

He says Johnson tries to prepare his players for the next game each week and for what life may throw at them off the football field as well.

“He prepares us for the real world,” Higgins said. “He always mentions how we will have to take care of our family one day and we have to put in the work. We can’t give up.”

Johnson was quoted last week as saying that his team has “no hired mercenaries”, or players they brought in as seniors following a win over Sierra Canyon.

The determination and toughness he developed when he played in high school is now the message he shares and instills in his players.

He knows he doesn’t have the luxuries of the Trinity League schools, so he sticks with his “old school” coaching style, and the players who come through the program don’t seem to mind one bit.

“We might not be the biggest team, but we have the heart to get it done,” Higgins said. “We wouldn’t be here without coach.”

And if someone has something negative to say about it, Johnson’s message is simple.

“Bobby Knight said it best,” he stated. “‘I hope they burry me face down so they can kiss my ass.’ My family loves me, my players love me, the coaches love being here and I could care less what anybody else thinks.”