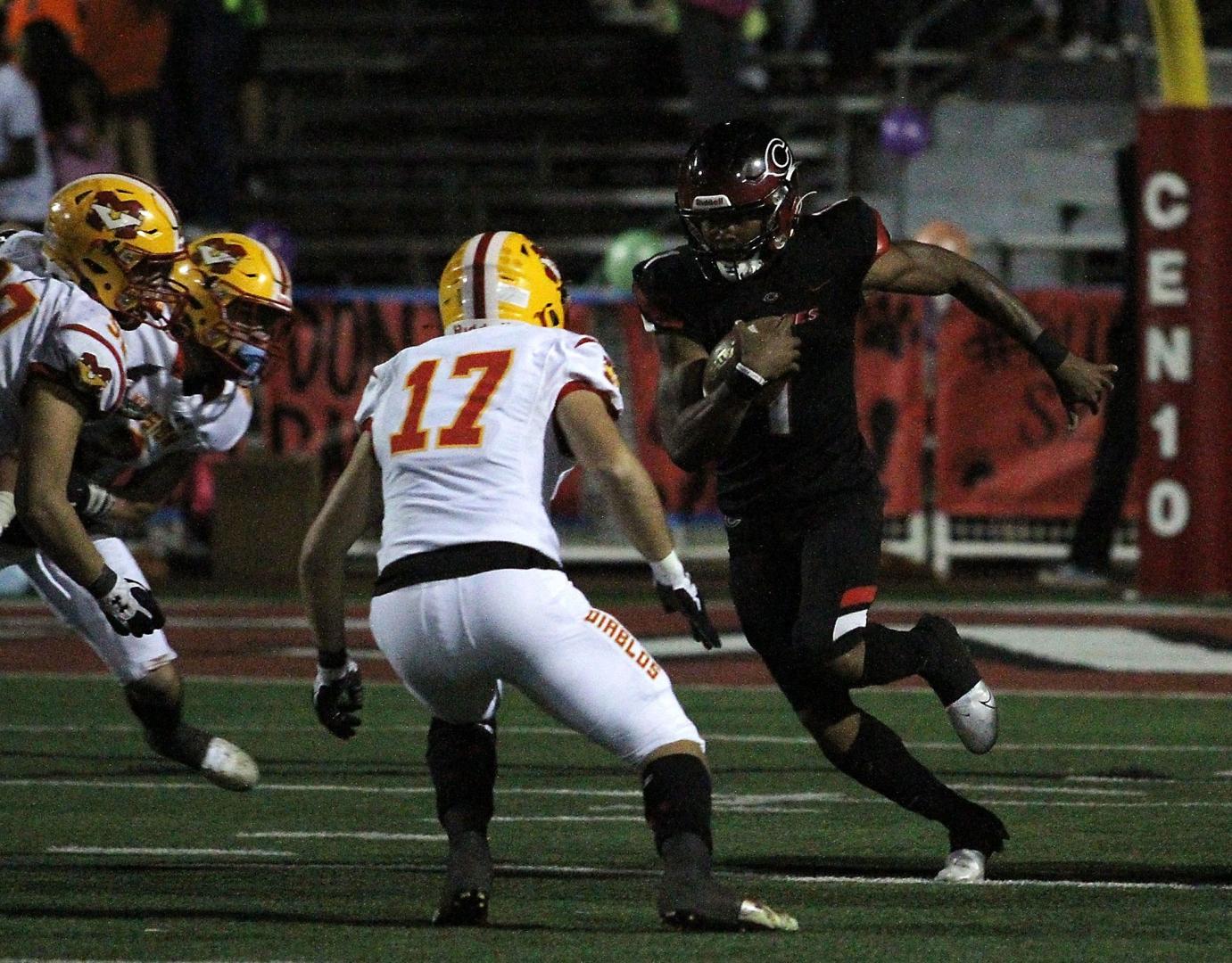 But the Diablos’ opponent on Friday night was on a different level.

“We knew on film this was a very good football team,” Diablos coach Chad Johnson said of Centennial. “We felt like they were better than any team we played this year.”

Centennial entered the night with 10 straight wins and outscoring their opponents by an average of 49.1 points per game.

And it didn’t take long for the offense to flex its muscles.

On the fourth play of the game Centennial quarterback Izzy Carter scored on a 32-yard read option run.

The Huskies use the combination of quarterbacks Carter and Carson Conklin who alternates each possession. Conklin’s first possession resulted in turning the ball over to Mission Viejo that ultimately led to a 16-yard run by Kenny Manassero to tie the game.

Centennial answered with another big play, this time Carter finding wide receiver Malachi Riley on a 24-yard pass into the corner of the end zone.

“This kind of reminded me of the Servite game to be honest with you,” Johnson said, reminiscing about the Diablos’ 44-7 loss in week 2. “There were a lot of self-inflicted wounds.

The Diablos’ point after attempt was blocked and soon after, Centennial’s offense came to life.

The Huskies started a run made up of 28 unanswered points with big play after big play.

Conklin found senior wide receiver Nathan Jimenez that set up a score by Jayson Cortes to extend the lead to eight points and then minutes later Carter took the reins of the offense and  broke free for a 53-yard quarterback touchdown run.

Conklin added a touchdown pass to Jimenez and the Huskies held a commanding 35-13 halftime lead.

“The front was lopsided on both sides of the ball,” Johnson said. “They were a lot bigger than us and as the game went on we knew we were going to be in trouble.”

Centennial’s momentum didn’t stop in the second half.

Mission Viejo added a field goal but the comeback was too far out of view.

“Centennial has something to prove,” Manassero said. “They wanted to prove that they were the best public school and they did that today.”

“We had a phenomenal football season,” Johnson said. “Our senior played well all year long, but tonight we knew we were up against a tough one and I was right. I hate being right, but I was right.”