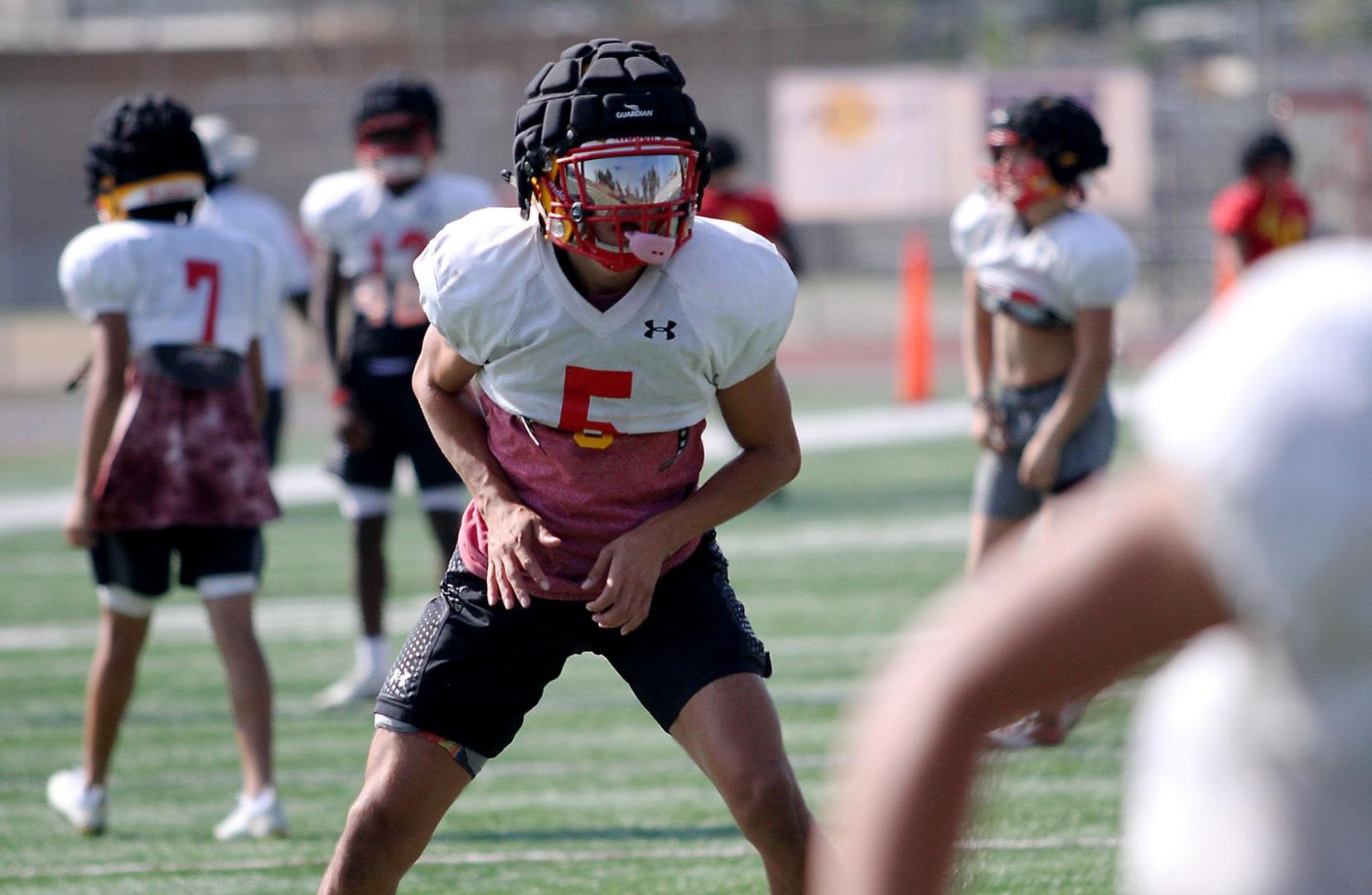 MISSION VIEJO — If you look around the Mission Viejo defense, there aren’t many familiar faces from the spring.

So did the team’s sacks leader, Micah Carreon.

Senior strong safety Ruben Lopez sits in the secondary as the only starter from last year’s defense.

But he doesn’t mind.

“Of course there is going to be a lot of pressure,” Lopez said. “There might be some mental mistakes but I know I have to get on (my teammates) and help them out. I want to be there for them.”

The defense was a bright spot last season, allowing no more than 14 points in any of the five games the Diablos played.

Lopez finished fourth on the team with 27 total tackles. He also came away with an interception in the final game against San Clemente.

“I like being there knowing that they can rely on me,” Lopez said.

While the defense will feature a young core, Diablos coach Chad Johnson said the offense should be ahead of the curve.

At the end of a 4-1 season with the only loss coming to San Clemente on a game-winning field goal, Semonza threw for 1,323 yards, 16 touchdowns and just one interception. Matthews caught half of Semonza’s touchdown passes and Manassero ran for 343 yards and three touchdowns.

The Diablos averaged 36.6 points per game last season and in its four wins, outscored their opponent by almost 26 points.

With the offense shining brightly, especially over the last three years, Johnson decided to change up a their strategy in who they schedule before South Coast League starts.

“The last three years I’ve been a head coach here we have been undefeated in non-league games but we have only won the South Coast League once in three tries,’ Johnson said. “I wanted to bolster our non-league schedule to prepare us for league play. There are some very good teams on our schedule and it’s going to be very challenging.”

Mission Viejo has not lost a non-league game in the regular season since defeated by Oceanside in 2014. In 2018 the program was forced to forfeit its first four games for using an ineligible player.

“We want to be very competitive,” Johnson said. “This will be the toughest schedule in my tenure as head coach.”

Mission Viejo opens the season on Aug. 20 at home against Apple Valley and with a normal schedule finally returning, Johnson said the goals have not changed.

Mission Viejo’s last playoff run came in 2017 when it reached the CIF-SS Division I semifinals.