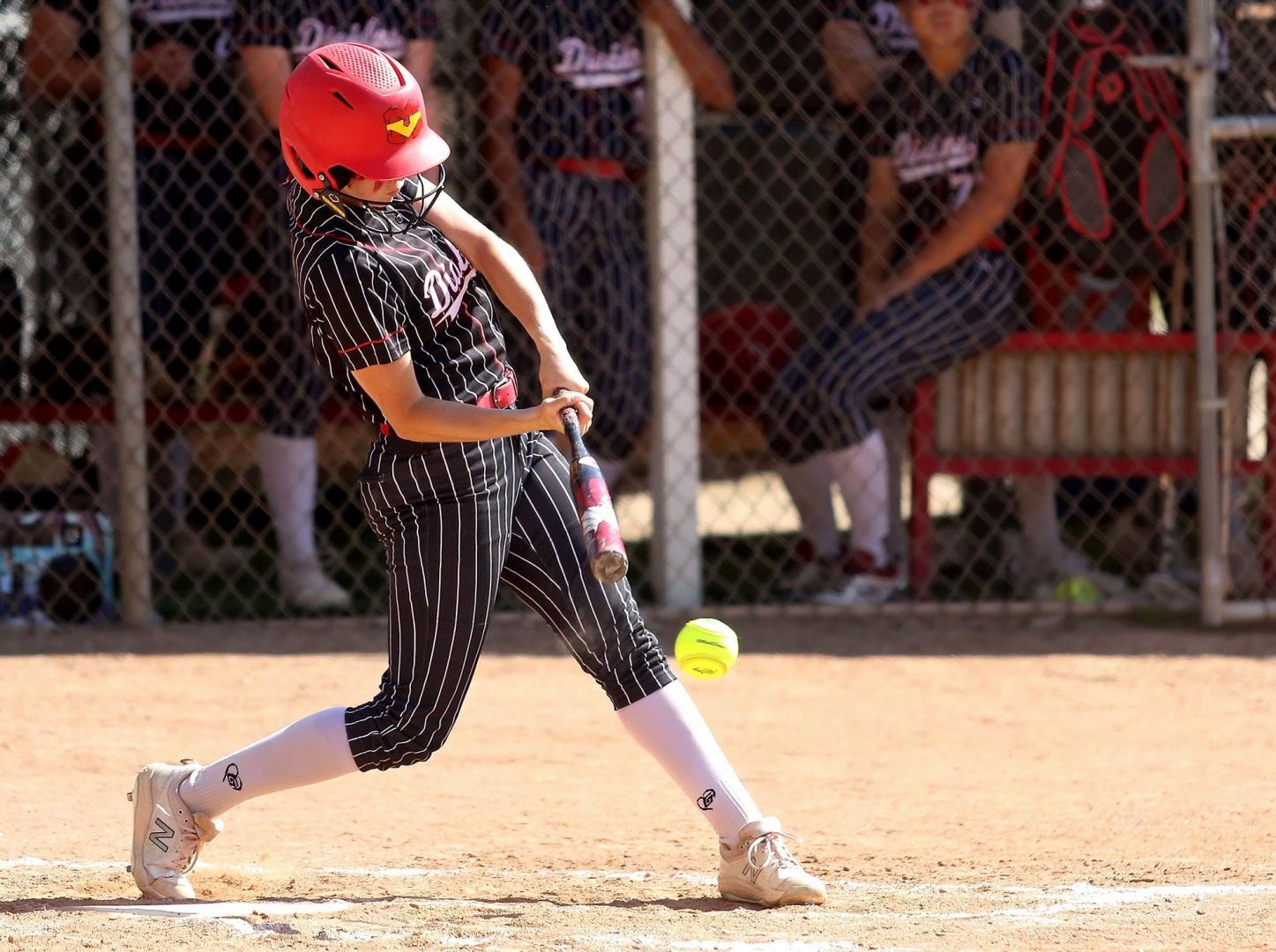 Diablos take down Wolverines with a four-run third inning

Following a 7-4 win over Aliso Niguel on Thursday, it will finish the regular season with at least a share of the South Coast League title.

But this week didn’t make it easy.

Just two days after outlasting San Juan Hills in an 11-inning showdown, the Diablos were forced to rally back before finally taking down the Wolverines for their 21st win of the season.

Their win total is the most since the 2016-2017 season under coach Troy Ybarra.

“This season has been great,” senior shortstop Sammi Woods said. “It was slow to start fall ball but as soon as the spring hit, we started hitting and it was a magical feeling because everything started clicking.”

Sophomore pitcher Sofia Elliott answered in the bottom half of the inning with her own home run, but it wasn’t enough to keep the momentum going.

Aliso Niguel jumped back out in front during the top of the second inning when catcher Annie Coker hit her first home run of the season.

The Wolverines added two more runs when Nelson came around to score on a wild pitch and Katie Dunakin singled home Chloe Lesko.

While Elliott has been the team’s workhorse this year, throwing 77 2/3 innings and holding a 3.04 ERA, Watson knew she didn’t have it.

She just came off of an 11-inning outing where she threw 140 pitches so he handed the ball to his freshman, Reece Uehara.

She retired the next six batters in a row and held Aliso Niguel scoreless over the next 4.1 innings.

“My change up was so good today,” Uehara said with a smile. “This season I have really been working on my change up and curve and it really showed.”

The Wolverines threatened in the fifth and sixth innings getting runners in scoring position but two groundouts got her out of the inning.

All Mission Viejo needed was a big inning that came in the bottom of the third when it sent eight batters to the plate.

After taking advantage of two errors that came around to score, Sydney Denser and Hailey Gald both drove home RBIs to take the lead.

The Diablos also scored two more runs in the sixth inning including one on Elliott’s sacrifice fly,

She finished the game 2-for-3 with 2 RBIs while seven of nine batters in the lineup got hits.

“We didn’t start this season out with full confidence like we had last year because we had so many good players,” Woods said afterwards. “This season we created some great team chemistry and that is what has made it so special.”

Mission Viejo isn’t quite done with its regular season. It finishes next Monday and Wednesday at Dana Hills then at home against San Juan Hills and Watson knows it won’t be easy.

“Everybody wants to beat Mission,” Watson said. “This league is very tough.”