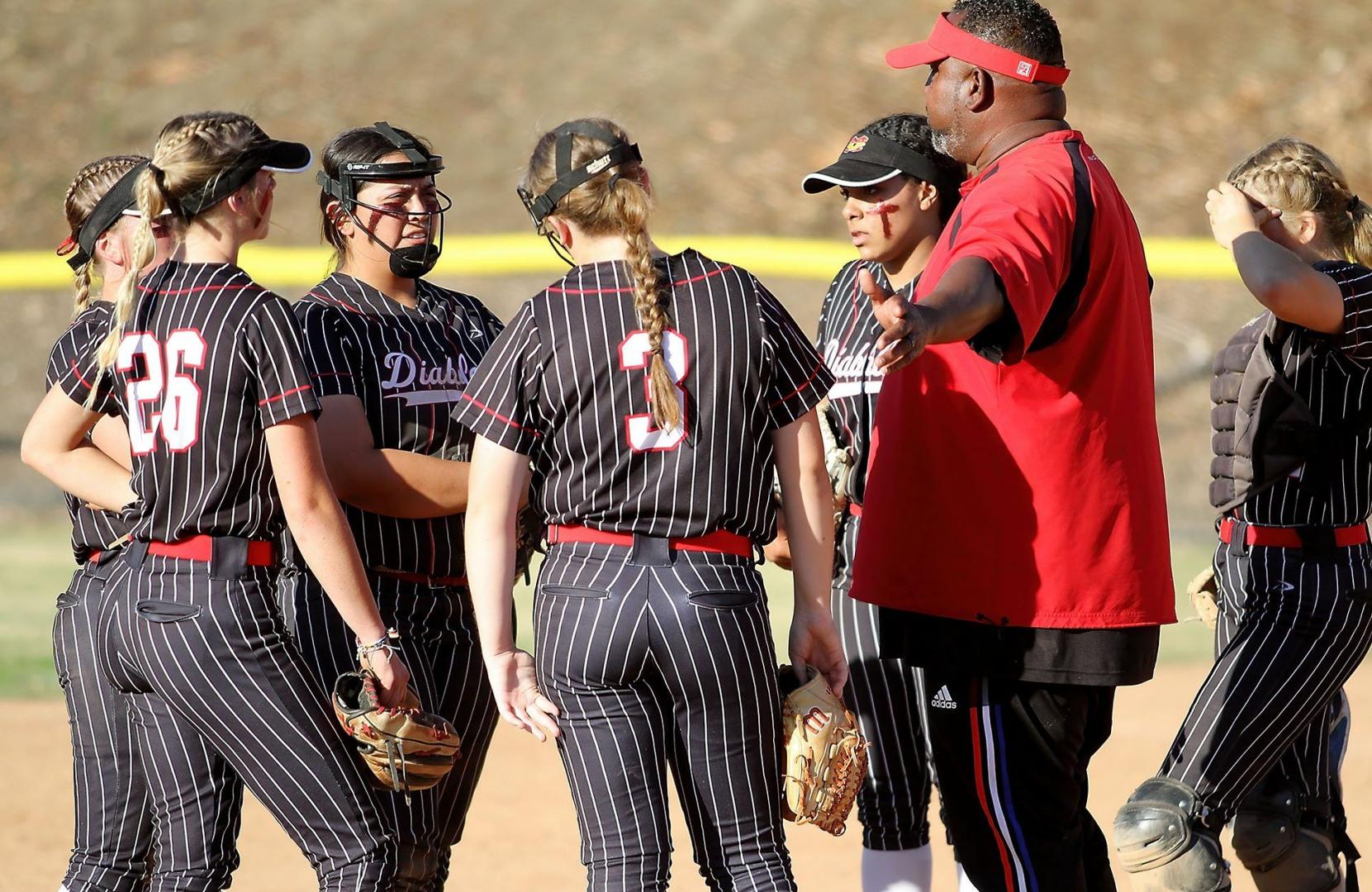 MISSION VIEJO — Mission Viejo’s softball team didn’t get the outcome it would have liked in one of its final games before league starts next week.

The Diablos were trounced 11-1 by Roosevelt in six innings on Tuesday, but some took the lost as a chance to improve.

Roosevelt entered the afternoon ranked No. 4 in California by MaxPreps.

“We got the pitching we needed to see,” senior outfielder Shayna Glass said. “We all have things to work on and as a team it is only going to prepare us better.”

Mission Viejo was held to just four hits off of the pitching duo made up of senior Azala Lopez and junior Alyvia Herandez. The two also combined for seven strikeouts and just one walk.

“[Azala] was throwing a bunch of changeups while [Alyvia] threw harder and down in the zone,” Glass said. “You had to focus seeing the ball and hitting the ball to the right side.”

The Diablos answered in the second inning when Sarah Araujo lined a single to left, but that was all the offense they could muster.

The Mustangs started the third inning with four hits that included a line drive up the middle by Priscilla Llamas knocking out starter Reece Uehara out of the game.

Sophomore Sofia Elliot came in to get out of the inning, but Roosevelt tagged Uehara with five runs and seven hits.

Elliott tamed the Mustangs in the fourth and fifth innings, but Roosevelt’s bats woke up again in the sixth inning as it sent nine batters to the plate and scored six runs.

The bottom of the order got the inning started spreading singles all over the outfield as Kaylynn Jones and Jordan Elies driving in runs.

Llamas stepped up to the plate for her fourth and final time and crushed a towering 2-run home run over the left field wall.

Elliott got on base with a single in the bottom half of the sixth inning, but Mission Viejo couldn’t get a runner past first base as freshman Kara King grounded out to end the game.

“I didn’t think we played the way we should have,” Diablos coach Clint Watson said. “Offensively we couldn’t get anything going.”

Mission Viejo will host West Linn (OR) on Friday before defending its South Coast League crown in the league opener at Aliso Niguel next Tuesday.

The Diablos swept the Wolverines last season but the players know what is needed to be successful.

“We need to have good energy. As long as we are having fun and playing our game this is our season, Glass said. “We are going to make it what we want to.”