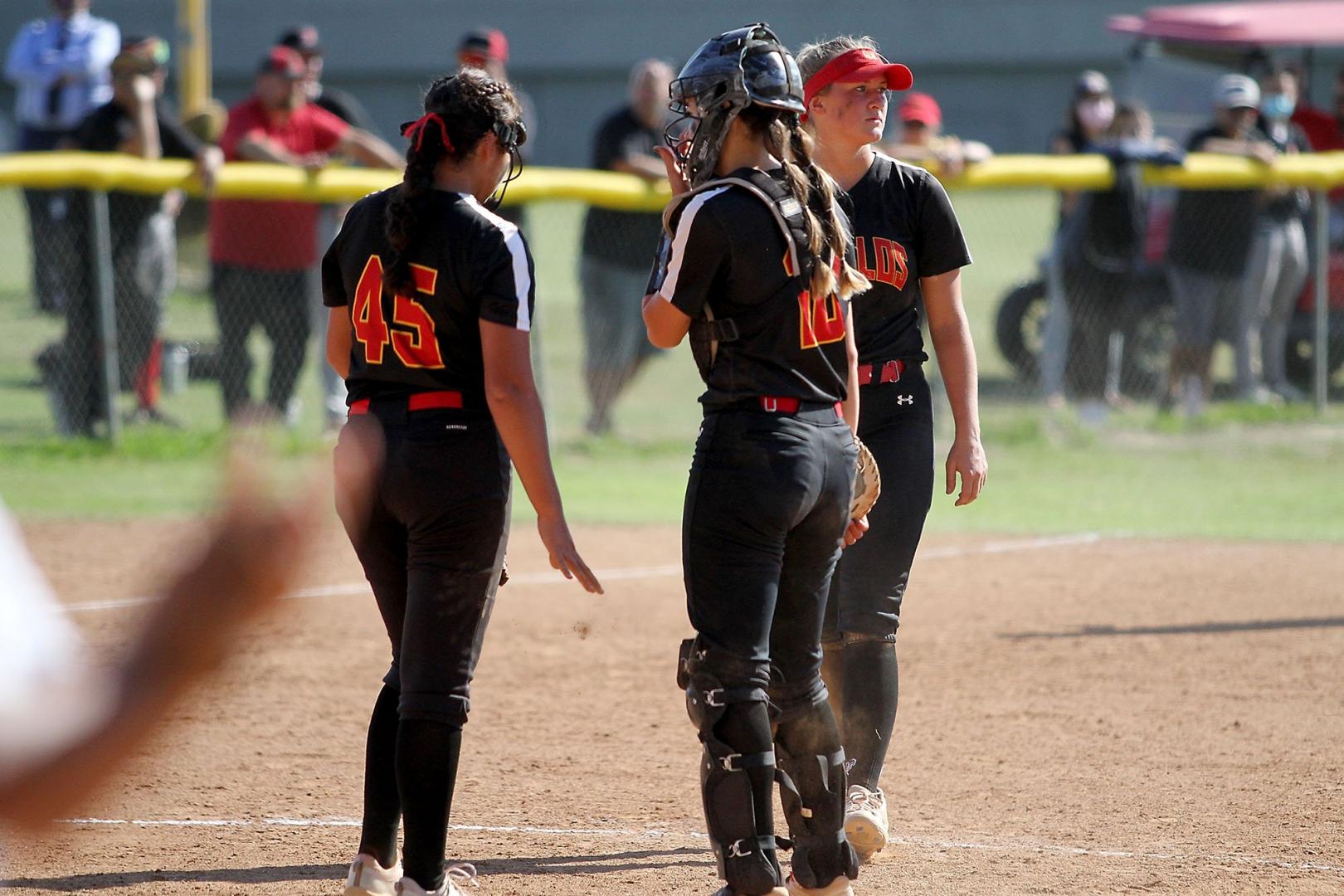 Members of the Mission Viejo softball team react to a home run hit by Warren in the fifth inning of a CIF-Southern Section playoff game on Wednesday, June 2, 2021. Mission Viejo lost the game 9-1. (Ryan Kuhn, SOCoPrepSports.com)

MISSION VIEJO — Mission Viejo softball coach Clint Watson didn’t enjoy watching his team get bounced out of the first round of the 2A CIF-Southern Section Division 2A playoffs on Wednesday..

They were trounced by Warren 9-1.

But afterwards he acknowledged that the future is bright.

“We should come in and hit the ground running,” he said.

That leaves three of the top four hitters and two freshmen pitchers to defend a South Coast League championship.

“They paved the way for the future and these younger girls,” Watson said.

She entered the matchup against Warren with a 3.13 ERA and just 18 walks in 94 innings pitched.

And she kept the Bears at bay to start the game. Her only blemishes through the first three innings was a hit by Alyssa Vasquez and a walk to Eriana Munoz.

But her offense was no where to be found and senior pitcher Lauren Narvaez was dominant, throwing a no hitter through three innings.

Warren’s bats woke up in the fourth inning when two hits led to a home run by Dyoni Garcia. A Diablo error and three batters later Ashley Garcia doubled and the Bears were holding onto a 5-0 lead.

“It was a missed pitch,” Elliot said. “I knew about some of their batters but some of the hard hits really took be off guard.”

Mission Viejo managed two hits in the fourth inning including an RBI-single by Birkinshaw but the comeback was quickly buried.

Warren came back out and hit two more home runs and extended the lead to 9-1.

While the Diablos have been averaging 5.8 runs per game this season, they were held to their lowest run total since they were blanked by Santa Margarita Catholic back on April 21.

Warren ended the game retiring Mission VIejo’s final 10 batters in a row but afterwards, the team came together during this unusual year

“We learned to never give up and keep pushing forward,” Mission Viejo junior outfielder Shayna Glass said. “Every time we didn’t come up with a win, we always prevailed in the next game.”

Mission Viejo finished the 2021 season as the South Coast League champions and when the players return to the field next spring, they won’t forget what happened against Warren.

“We have to play to our fullest,” Elliot said. “That could be our motto next year.”