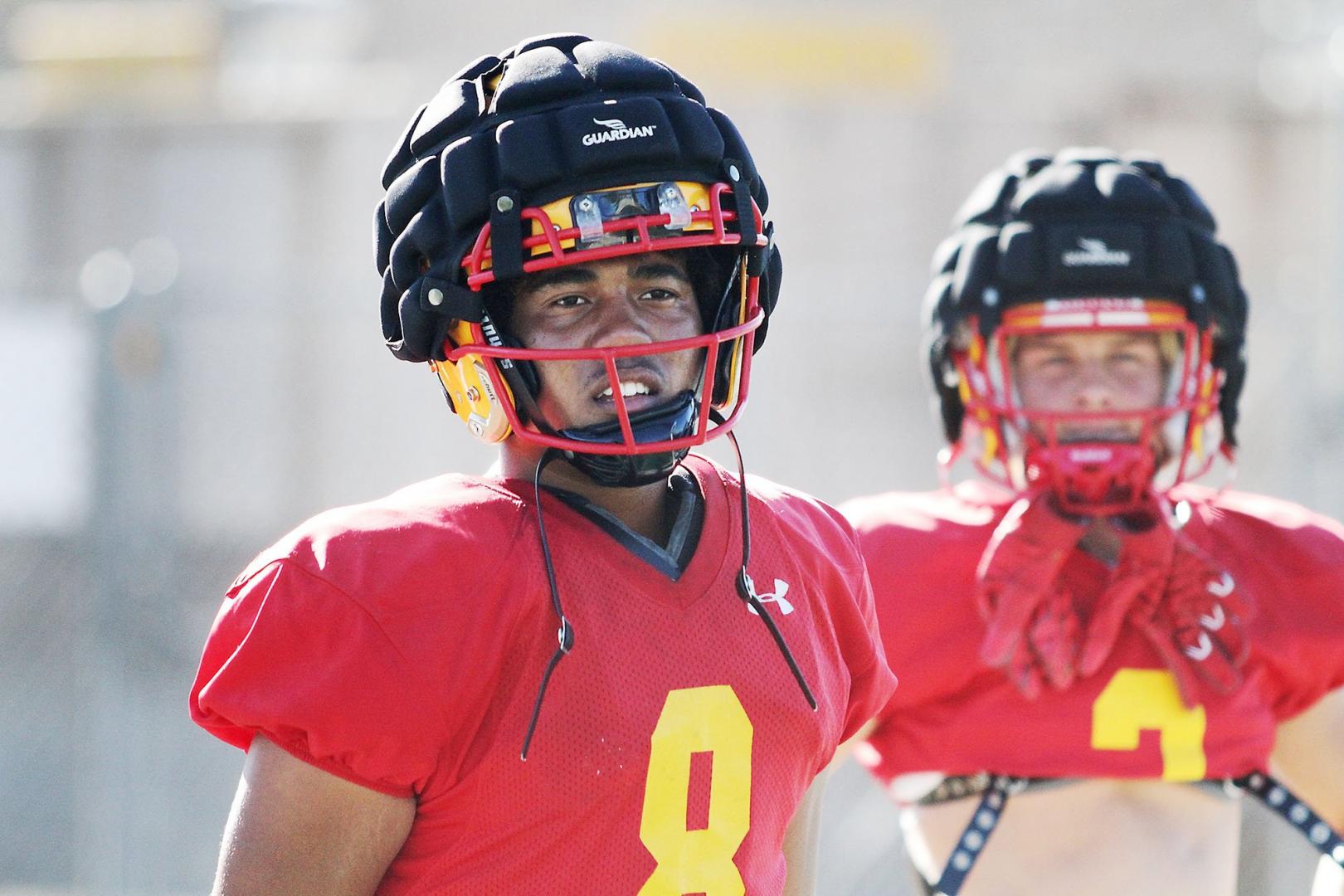 MISSION VIEJO — Once known as a powerhouse in the South Coast League, the Diablos look to return to the level of play from past years.

After just one league championship in the past four years, coach Chad Johnson and his team plan to utilize the talent of their young core and use momentum from some big wins to return the league title to Mission Viejo.

“In the past, we’ve had undefeated preseasons, however, we’ve only won the league one time,” Johnson said. “Our preseason schedule hasn’t been as difficult as it needs to be to prepare for our league.”

The Diablos have taken the initiative to replace their weaker opponents from prior seasons with school of higher talent. With just three weeks remaining before league play, the team will be faced with the challenge in the next coming weeks.

Mission Viejo’s offense features a strong passing game with multiple wide receivers that are able to produce. Some of the Diablos’ highly touted pass catchers include Reed, Jackson Holman and Mikey Matthews.

The three have combined for 790 receiving yards and eight touchdowns in just four games this year. As a pass heavy team, the Diablos have just six rushing touchdowns compared to these eight receiving touchdowns.

Matthews has been with the Diablos for three seasons now and understands the importance of a challenging non-league schedule and how it can translate to league play.

“We almost have the same schedule as Servite,” Matthews said. “We want to prove that we are one of the top teams in the nation even though we aren’t in the Trinity League.”

While the passing attack has been a bright spot, the Diablos had to adjust to a new defense. Ten of the 11 starters on defense graduated after the 2020 season, but their new chemistry is being shown. In the team’s three wins, the Diablos have held opposing teams to a combined 42 points.

Johnson has created this chemistry utilizing the leadership from returning senior defensive starter Ruben Lopez to keep the defense in check.

“He is phenomenal, he is a great leader,” Johnson said. “He is the quarterback of not only our defense, but our secondary.”

Lopez is currently second on the team in total tackles and leads the team by averaging five tackles for loss per game.

Moving forward, the Diablos will continue with their tough schedule when they host the Leuzinger Olymipians this Friday.