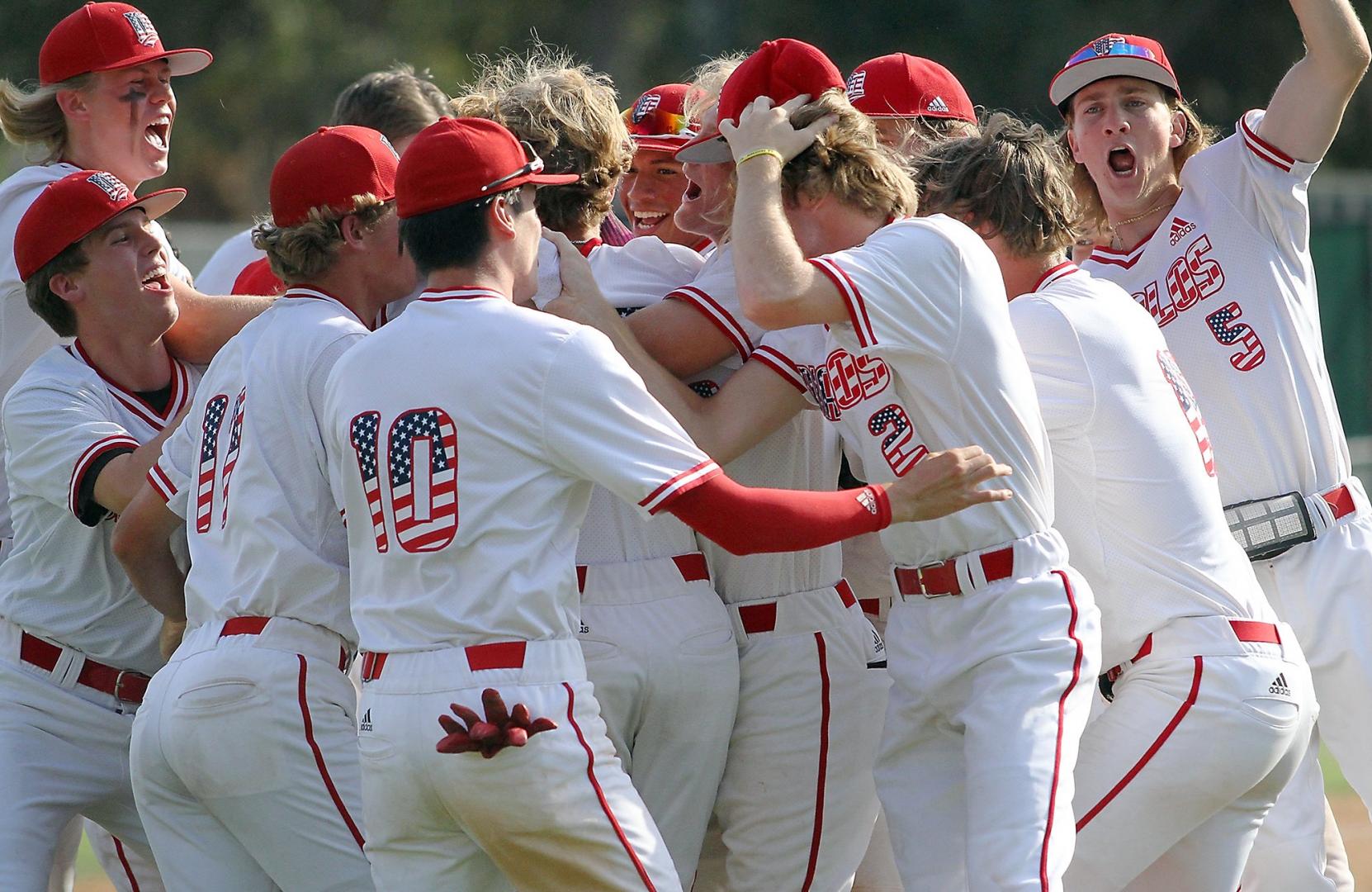 MISSION VIEJO — Mission Viejo’s baseball team showed all year how comfortable it was hitting at home.

It averages 8.5 runs per game per game at its field.

In during Friday’s contest against Dana Hills for the South Coast League title was no exception.

The Diablos cruised to a 10-1 victory and while there was a three-way tie for first place that also included Dana Hills and Capo Valley, they were named champions after defeating both teams in their regular season series.”

“It feels incredible. It’s amazing,” Mission Viejo coach Chris Ashbach said. These have just kept their heads up during an up-and- down year. We were a little bit average for most of the year but they really picked it up at the end.”

Since the start of May, the Diablos never lost a series after starting the season, 9-9.

I can’t believe what took place the last two weeks,” Ashbach said. “I’m so proud of them.”

Just two batters into the game sophomore shortstop Will Burns hammered a double to center field.

The Dolphins didn’t help themselves either.

After two errors by the middle infield, Jimmy Zakhar also doubled and Mission Viejo was ahead 4-0.

“Setting the tone was extremely important,” Burns said. “I just tried to go up there and not overthink anything.”

Dana Hills’ pitcher Bo Kelly settled down during the second and third innings, but problems started to show up again in the fourth inning.

Burns scored on a misplay by left fielder Kanoa Perman and then Nick Cusey singled to drive in two more runs and make the lead 8-0.

While Mission Viejo’s bats were ablaze, the Dolphins could not figure out their opposing pitcher.

The lone hit he have up to was a single up the middle by CJ Zwahlen.

While many pitchers would just take this start as another outing, his last regular season home game meant more.

“I haven’t pitched that much since freshman year. It felt great to get out there especially against Dana, a team we don’t like,” House said. “It felt amazing.”

House pitched just 10 combined innings because of shoulder injuries throughout high school. His outing against Dana Hills was the longest in his career.

“He’s just great kid and he has really good stuff when he is healthy,” Ashbach said.

Mission Viejo added two more runs in the sixth inning that included an RBI single by Conner Dietsch and a double to left field by Michael Pollard.

The Dolphins lone run came in the fifth inning on a solo home run by Sam Lund.

Dana Hills finished its regular season as the No. 3 seed in the South Coast League and will mostly likely be forced to play the first round on the road.

The brackets will be released on Sunday at 10 a.m.