Chargers face Cajon in the CIF-SS zDiv. 5 Championship on Saturday 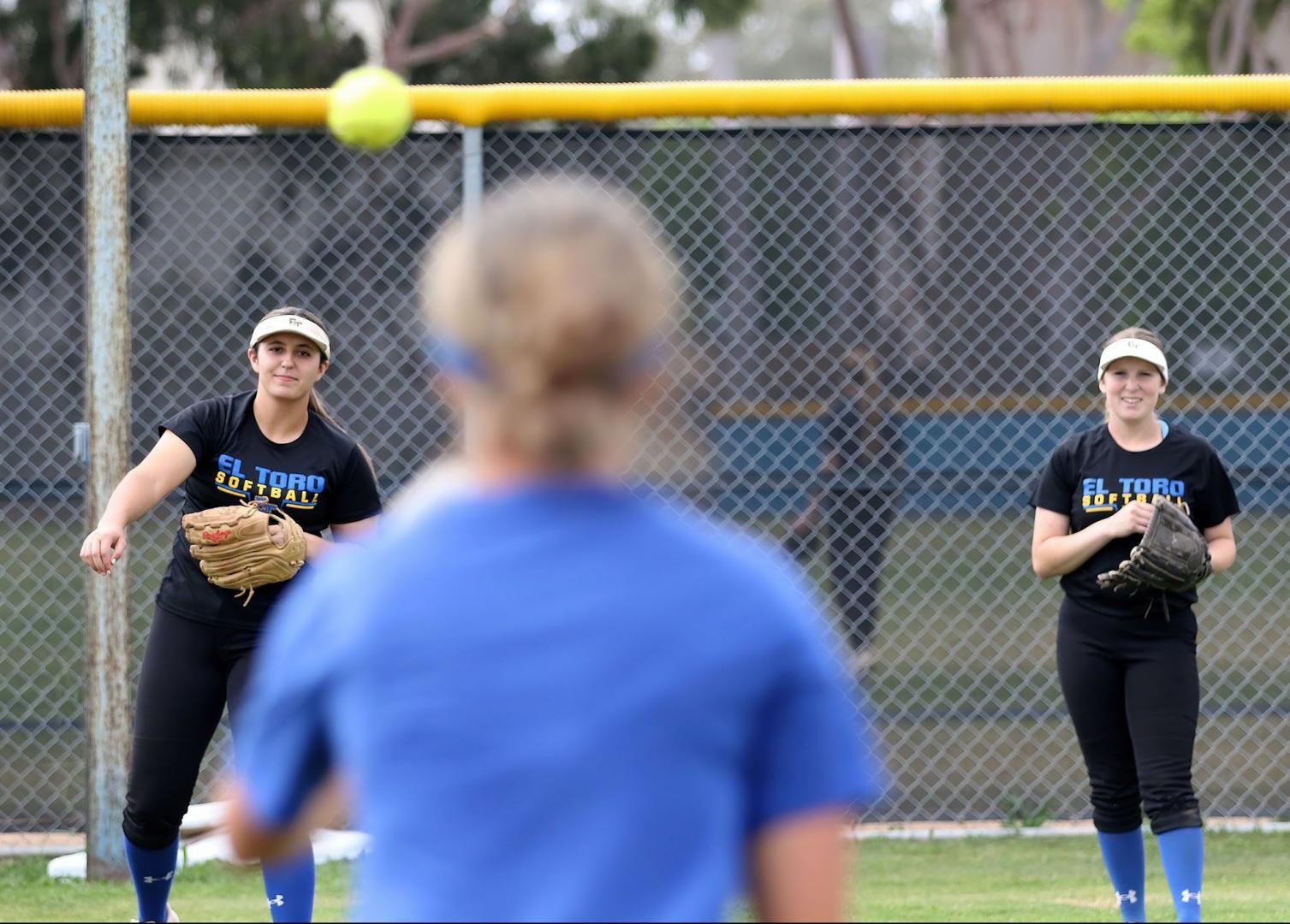 El Toro softball seniors Ella Brown and Grace Relph throw the ball during a practice at El Toro HIgh School in Lake Forest, Thursday, May 19, 2022. Brown and Relph will be playing their final softball game on Saturday in the CIF-Southern Section Div. 5 Championship. (Ryan Kuhn, SOCoPrepSports.com)

They know their softball careers will be coming to an end.

While media outlets spend time focusing on players who sign to play college softball, Relph and Brown are in a group of seniors who will instead hang up their cleats for good.

In fact, they are just two of the 97 percent of high school softball players who do not go on to play for either two or four-year colleges, according to the National Scouting Report.

So how do they feel about their CIF-Southern Section Div. 5 Championship game against Cajon on Saturday afternoon?

“It would definitely be the cherry on top to this season,” Relph said. “Neither of my sisters made it this far so there are some bragging rights involved.”

Relph grew up idolizing and playing softball with her older sisters, Abby and Izzy. After the Chargers’ semifinal win over Flintridge Sacred Heart last Saturday, she made sure to send a text in all caps reminding them she has a date with the CIF-SS championship, something they never experienced.

But Relph knows she’s ready to begin a new chapter. Her goal is to graduate Cal State San Marcos and write screen plays for movies and TV.

“It’s bittersweet because I grew up around the game of softball,” Relph said. “It’s always just been a part of my life.”

Brown is also making the decision to stop playing after she was accepted to Northern Arizona University. The school doesn’t feature a NCAA team and even though she could play on its club team, she knows the commitment would be too great.

Instead she will be studying elementary education but there is still one thing left to do.

“I think winning would be the perfect ending to what I have been calling the best season ever,” Brown said. “I knew my teammates were going to lead us somewhere crazy and I’m so glad we are here.”

Brown has played in all but one game this season where she batted .258 with 8 RBIs in the designated player’s role.

She said she would lose her mind a little after her team wins, but it would also be the perfect ending.

El Toro hasn’t produced a lot of college softball players in recent years. Senior Kendra Foulds will be heading to a local junior college and Lily Gallardo, who headed to the University of San Diego in 2020, are the only ones to commit to college softball over the last three seasons. Regardless what their future looks like, Coach Shannon Tinsley wants to make sure they love the game of softball.

“These girls are engaged every single day and that is what makes it special this year, ” Tinsley said. “They know it’ll be over after this so they are all in.”