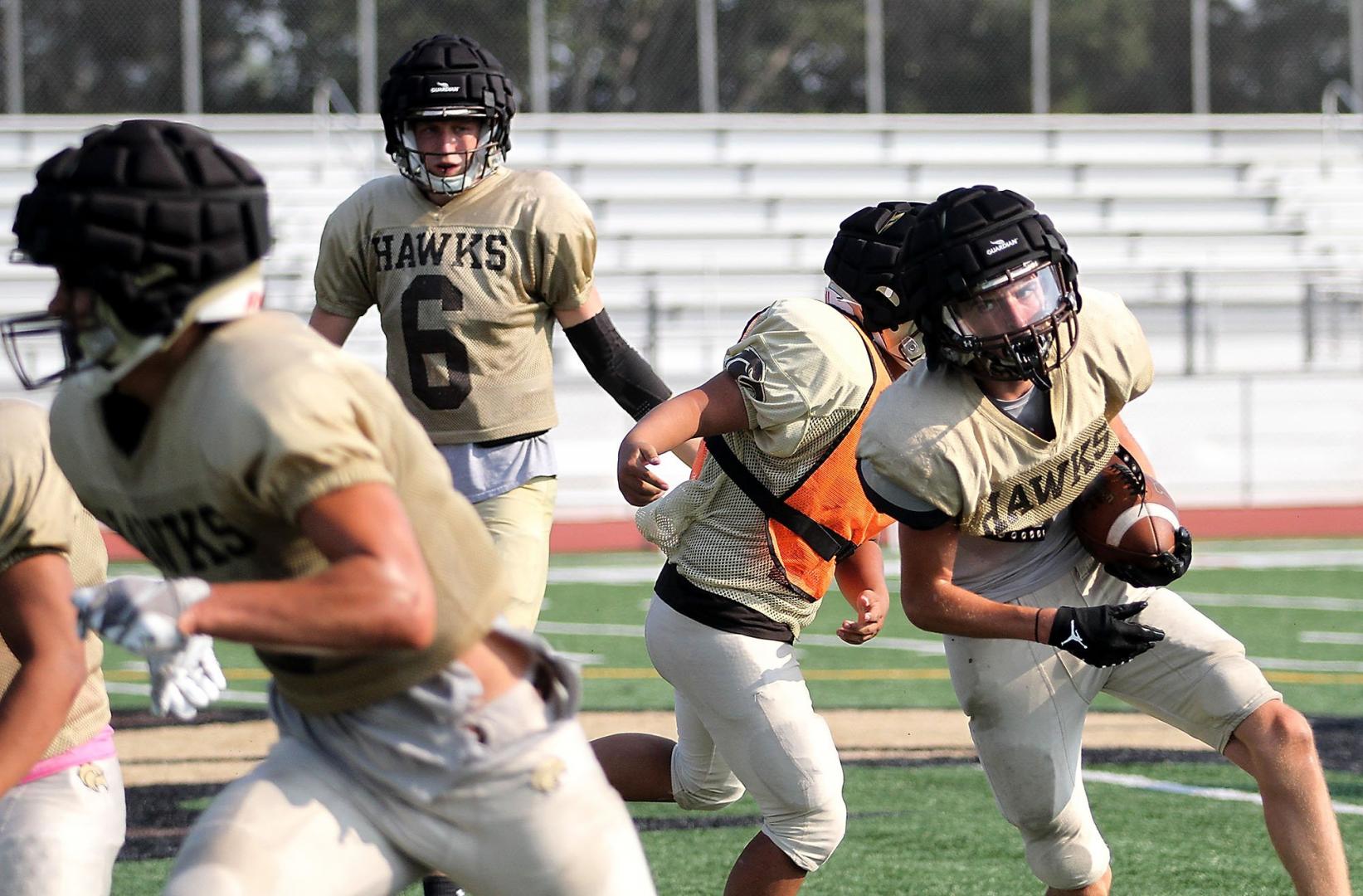 It won a share of the Pacific Hills League title and finished with its first winning season since 2016.

After the season, however, there was uncertainty.

A few weeks later the administration announced it hired a familiar face.

Throughout his career he coached at San Clemente, Santa Margarita and St. Margaret’s with the same philosophy no matter where he is.

“We are just trying to build a program and have a philosophy of hard work, play great defense and control the ball on offense,” Lester said.

One person the Hawks will look to control the offense with is junior running back Troy Leigber.

After five games last year as a sophomore, he was selected as the league’s MVP

“He’’s just a really explosive player,” Lester said. “He has the ability to turn on the jets and stop on a dime and change direction. He is a threat to score every time he touches the ball.”

Leigber is the youngest of three children, all of whom played football at Laguna Hills.

His older brother Mitch graduated from Laguna Hills this past year and is a 4-star recruit, playing safety for Stanford University.

Troy Leigber isn’t the only weapon the Hawks will send out there.

Six-foot-five junior Kaden Austin will take over the quarterback position and will have junior Nate Auten returning as a top receivers the offense transitioned from the wing-T to the spread.

“We had a lot of guys play as sophomores last year so we have some experience,” Lester said.

Lester said this year’s team will be young with only nine seniors on the roster, but the upperclassmen returning provide tremendous leadership.

“We are going to be a young team, playing a number of sophomores, but it is because of a matter of necessity,” Lester said. “I coached a lot of them as freshmen last year and we went undefeated so I think they are going to compete and grow as we play the season out.”

Laguna Hills is just one of two schools from South Orange County that plays in the Pacific Hills League, mostly made up of high schools from Irvine but Lester explained because of their small enrollment, it makes it very challenging to compete with the likes of Mission Viejo, Aliso Niguel and others.

I think we are the underdog,” Troy Leigber said. “We are a small school and people can think they can just roll right over us but we will show what we can do.”

Laguna Hills travels to Katella on Friday before returning home on Aug. 27 to take on Heritiage Christian from Northridge.