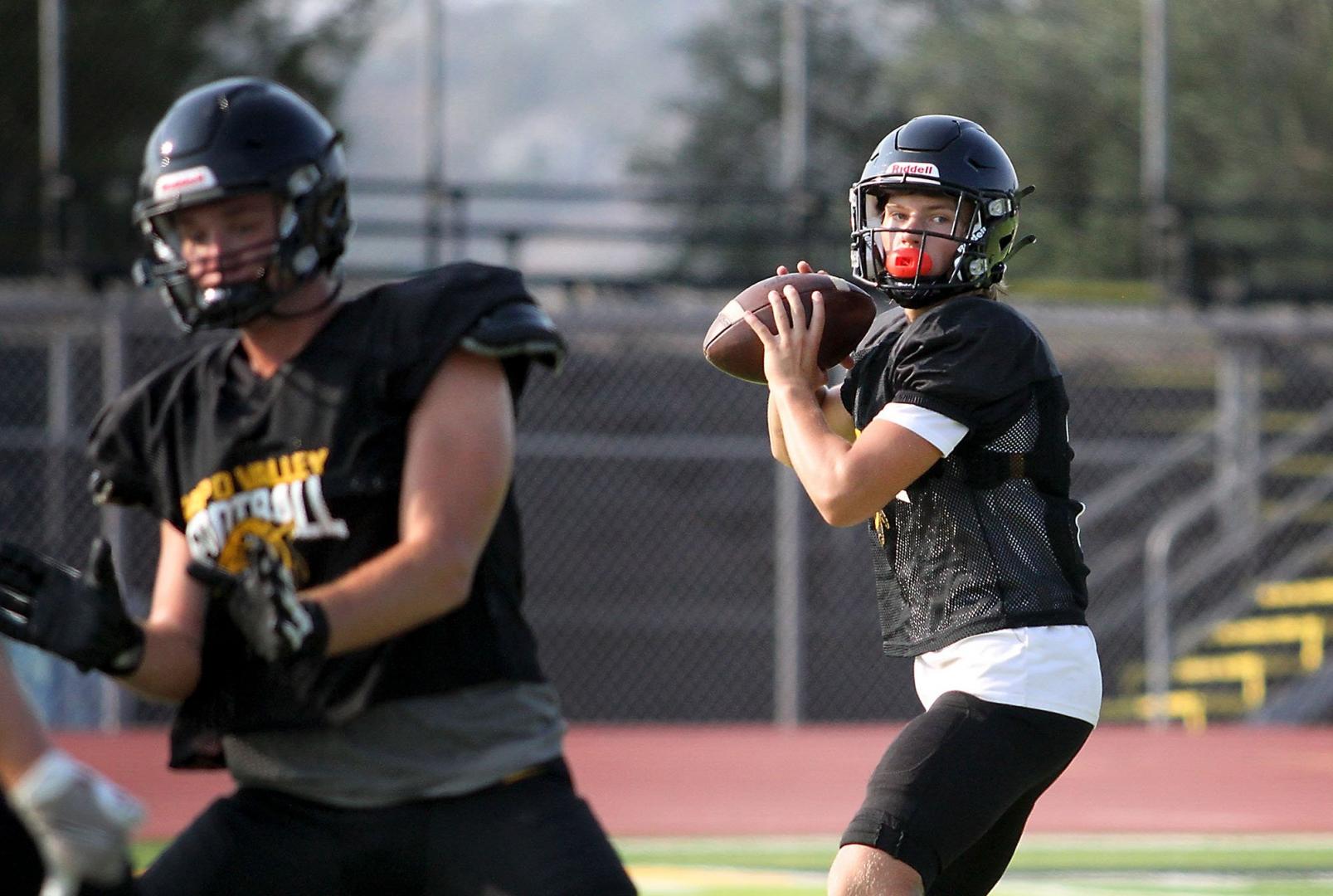 MISSION VIEJO — When quarterback Trey Kukuk arrived at Capo Valley, he knew he was going to have to wait.

Two years ago, Moussaix threw for 2,100 yards. Last year, he improved on that, finishing with more than 1,700 yards in a shortened, five-game spring season.

Instead of riding the bench as a backup quarterback, he lined at linebacker and ended up finishing the season first-team all-Sea View League.

“It’s one of those stories you don’t hear about that often anymore,” Capo Valley coach Sean Curtis said. “This team already believes in him and he showed he can play at the varsity level.”

Curtis doesn’t prefer to play sophomores both ways on offense and defense but, during practice, there were times the coaching staff kept working with him to develop as a starting quarterback.

“I’ve always been a quarterback. The plan was always to get me in there but, obviously, the last two years we had a great player in Dartanyon,” Kukuk said. “I just accepted my role but wanted to get on the field as much as possible.”

With Moussiaux now taking snaps up the street for Saddleback College, Kukuk’s opportunity sits right in front of him.

“He is a runner but he can also pass,” Curtis said. “During the summer we worked on him staying in the pocket. It’s going to make it easier for him to run when he decides to. He’s one of our best guys with the ball in his hands. When a play breaks down, he makes us look good as coaches.”

Kukuk started playing quarterback at a young age and kept his eye out for opportunities to learn and improve. Eventually, he learned to use his legs, and has since looked up to mobile quarterbacks.

“I definitely look up to guys like Lamar Jackson and Kyler Murray,” Kukuk said. “I played running back in Pop Warner and transitioned my skills over. Now I’m just working on my passing ability.”

Kukuk will have plenty of options to throw to this season.

“These guys are pretty darn good,” Curtis said of his receivers. “They know they aren’t going to have a quarterback as talented from a throwing standpoint so, instead of getting one yard open, let’s get three yards open. Let’s do enough to help Trey out.”

While the Cougars’ offense might be a little different because of its mobile quarterback, Curtis knows that to be a successful coach you have to cater to your team’s strength.

“We knew Dartanyon wasn’t going to run all over the place, but he was still so good at staying in the pocket to extend plays,” Curtis said. “Now we can open it up a little more.”

Last year, as a freshman, he finished with 18 total tackles, an interception and a fumble recovery.

“He is one of the best surprising sophomores in the whole county,” Curtis said. “Coaching in the Trinity League, I’ve seen what that mold is, and he is going to turn into an absolute stud.”

The Cougars will defend their Sea View League championship after defeating El Toro, Aliso Niguel and Trabuco Hills in consecutive weeks and is confident in another successful season.

“We have a really good group of guys. I want to take advantage of that,” Kukuk said. “We are really looking good for this upcoming season and I’m very excited.”