Pitching, defense have been the right ingredients for Mission Viejo softball’s CIF run

Diablos have not allowed a run in the postseason, plays Long Beach Millikan in Div. 2 finals 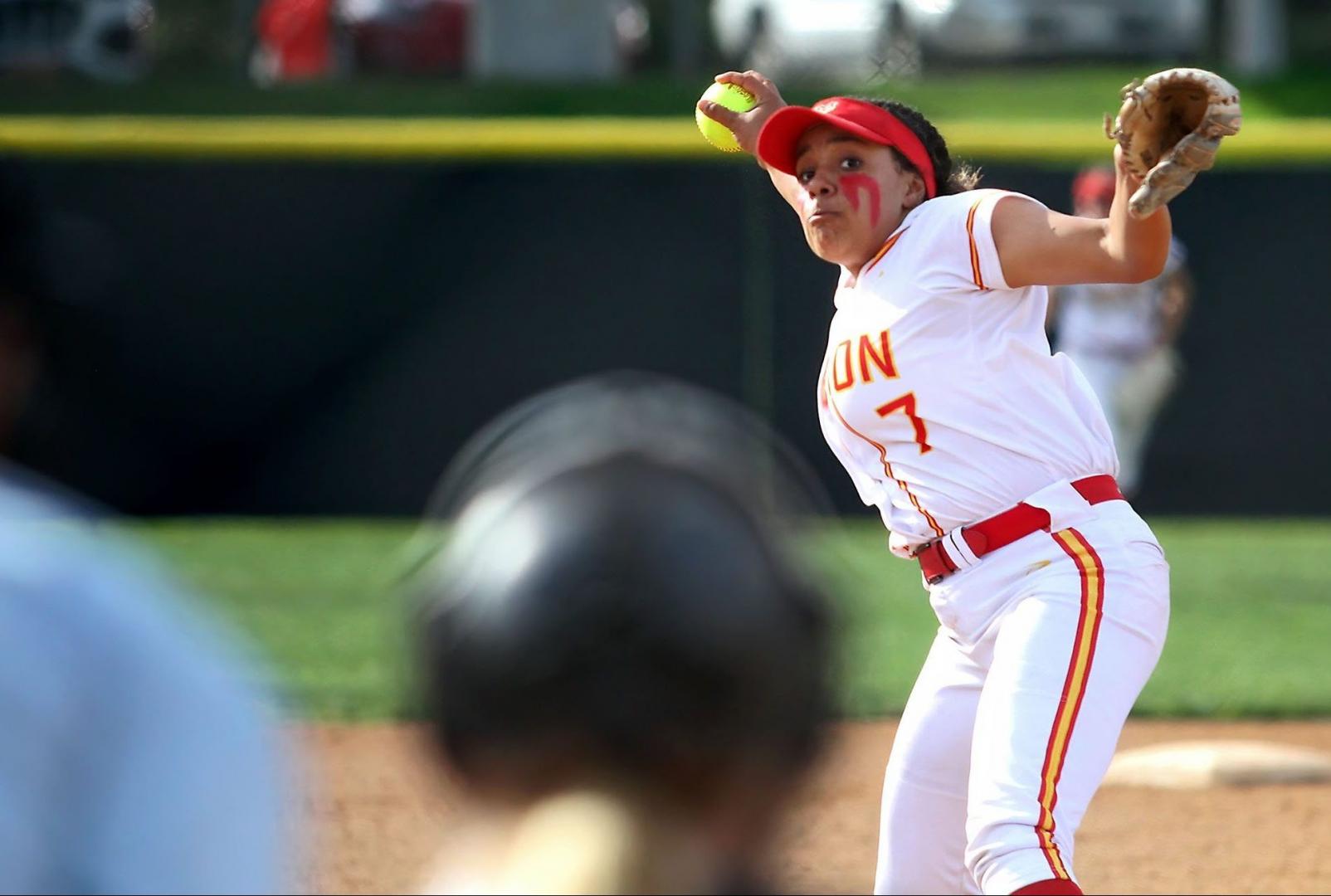 Mission Viejo sophomore pitcher Sofia Elliott throws a pitch during a high school softball game against Aliso Niguel in Aliso Viejo, March 30, 2022. Elliott has not given up a run in the four postseason games she has pitched. (Ryan Kuhn, SOCoPrepSports.com File)

MISSION VIEJO — Each team has its own recipe for success.

The ingredients are always different.

Mission Viejo’s softball team this spring only needed a few.

“The defense is dialed in and the pitchers are dialed in,” Diablos coach Clint Watson said. “This whole team is just phenomenal.”

Mission Viejo’s success starts in the circle when Elliot takes the ball.

Over the last four games, she has thrown 28 consecutive innings without allowing a run.

“It’s crazy,” Elliott said. “I’m kind of in shock myself because I have never done something like that.”

Through the stretch  has also allowed just three walks and struck out 27 batters.

“”She’s just a competitor,” Watson said. “She will give up a home run and I guarantee she will strike out the next batter.”

“In pitching you can’t hold onto things, but I put a lot of pressure on myself” Elliott said. “I feel like I can always do better when I step in the circle. I’m a perfectionist that way.”

That’s not to say her defense helps her relive some of the pressure.

The Diablos feature a defense that has only committed 43 errors this season.

While that number might look high, their .937 fielding percentage breaks the errors down to just 1.4 per game.

“We are just all super comfortable and confident with each other in the field,” senior outfielder Shayna Glass said. “We know we have each other’s backs. If someone wants to lay out for a ball, there is always someone backing them up.”

Even Elliott joked it’s hard to get a single on the defense when they scrimmage against each other.

“Our shortstop, Sammi Woods, covers so much ground so if you hit it between shortstop and third base, the ball never gets by them,”  Elliott said with a smile.

And it doesn’t take their coaches long to notice. Defense is something Watson has preached since he arrived at Mission Viejo in 2018.

“We have had some teams been knocking on the door (to score runs) but we get a double play here and a double play there,” Watson said of his defense. “The hard work has paid off when they were mad at me for all the defensive drills we did three or four days a week.”

Millikan has also been rolling winning their last nine games, most recently a 7-2 win over Corona Centennial in the semifinals.

The Diablos know there’s no extra pressure if they allow a run to Millikan. They would rather win a CIF title than finishing the tournament without allowing a run.

“We thought this could be a rough season because we had a very young team but this has been my favorite season since being here,” Woods said. “We have grown together and it has taken us places.”