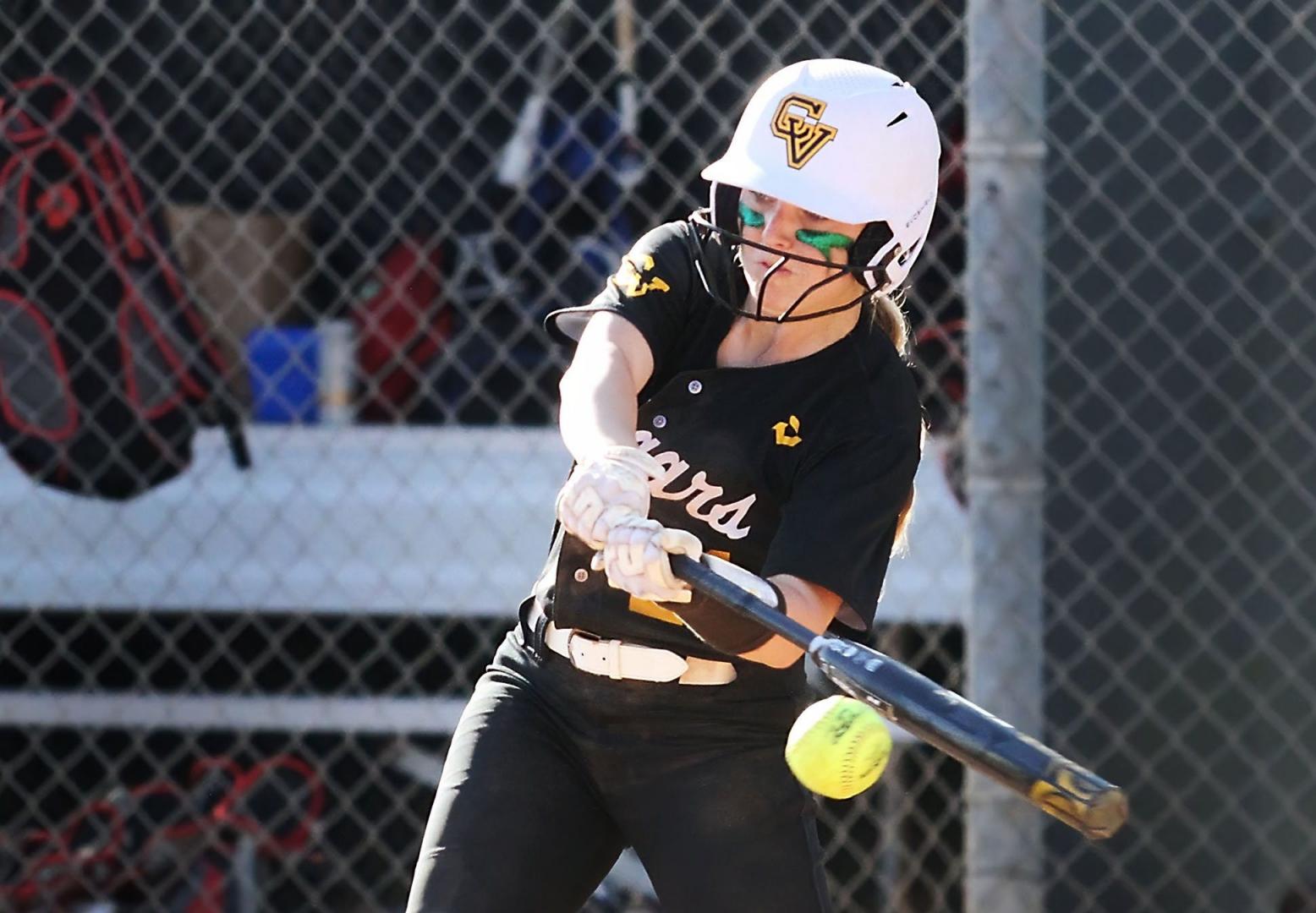 SAN CLEMENTE — Capo Valley’s softball team understands to be successful, it will have to score runs early.

That was the case against San Clemente in their Sea View League opener.

The Cougars plated four runs over the first three innings and the top of the order made up of sophomores Quinn Southerland and Amaya Bixler combined for six hits as they took down the Tritons 6-3 on Thursday afternoon.

“We want to put pressure on teams early because at the end of the day these early runs are the difference,” Capo Valley coach Art Cole said. “We really wanted to take advantage of our speed at the top of the order.”

The Cougars wasted little time taking the lead when freshman Mikayla Turi drove home Bixler on a single to left field. Before too long Turi came home to score on a dropped third strike.

Capo Valley scored two more runs in the third inning when Turi drove in Southerland followed by Bixler coming home on a ground out by Jasmine Estrada.

The Cougars were in firm control, but Bixler added just a little more insurance when she singled home Siena Stickney one inning later.

Bixler finished the game a perfect 4-for-4 with 2 RBIs and also a pair of steals. She also leads the team batting .526 and is second on the team with 20 hits.

“I was really looking for that outside pitch to drive,” said Bixler.

San Clemente tried to swing the momentum in the bottom half of the  when senior pitcher Samantha Kowalski laced an RBI-single to left field.

Although she only lasted three innings in the circle, she finished at the plate 2-for-4 with the RBI.

Capo Valley made sure two cut down any chance of a comeback as Bixler drove in Southerland in the top of the sixth inning, but right on cue the Tritons decided to make it interesting.

Parker Lambert cut into the deficit with a RBI-ground out in the sixth inning and then San Clemente brought the tying run to the plate in the bottom of the seventh. The end result was three straight groundouts to score a run but watch the comeback fall short.

“This is a big win,” Southerland said. “We lost to them [a few weeks back] so we really wanted this game.”

San Clemente will rest for a week and return to their field next Thursday to host Trabuco Hills.

As for Capo Valley, it claimed its 10th win this season and ranks No. 2 in the CIF-Southern Section Division 3 poll.

“Our success comes from our small ball and keeping our energy up,” Bixler said. “This year we are really executing.”

Pitcher Kaden Giles making the most of his senior season as San Clemente takes down Aliso Niguel
Mission Viejo softball learns from difficult loss to No. 4 Roosevelt as league play approaches