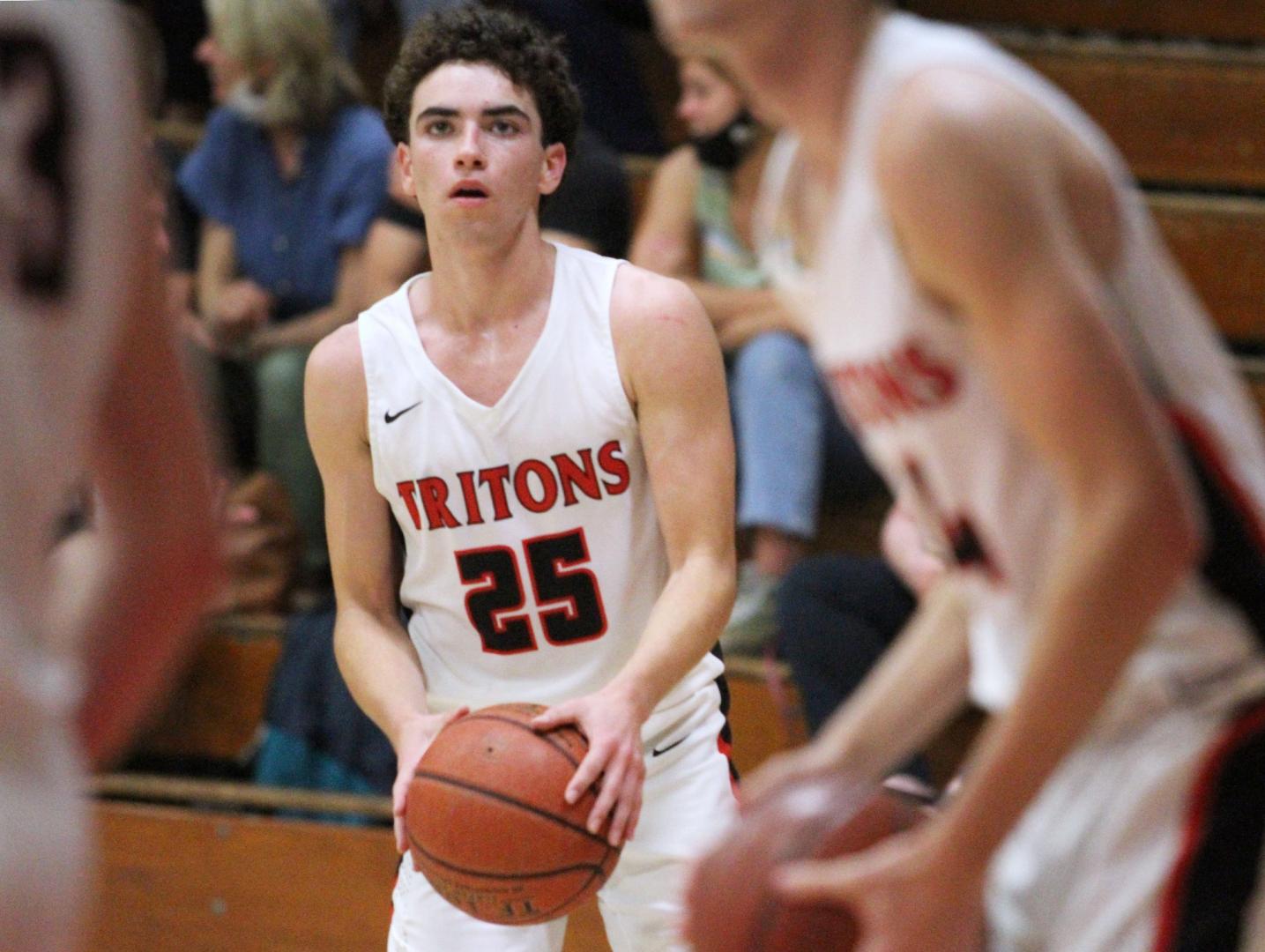 SAN CLEMENTE — When San Clemente senior guard Tyler Nemeth steps out onto the basketball court, he does so with a chip on his shoulder.

He hit his first 3-pointer.

After each shot, his confidence grew.

“When he gets going, he can really get it going,” San Clemente coach Marc Popovich said. “He’s just relentless.”

Nemeth has been described as relentless since long before the Tritons’ 72-24 win that clinched a South Coast League championship.

After all, he did finish with 24 points and five 3-pointers.

It could be because he literally looks up at his teammates, standing at just 5-foot-9.

It could because he had to scratch and claw to finally crack the starting lineup during his senior season.

But Nemeth embraces his restless work ethic and the chip on his shoulder that has made him into the player he is today.

“I’ve always been the smaller guy,” Nemeth said. “When I go out there and play with the big dogs, I feel like I’m one of them.”

Nemeth’s parents never played basketball, though they were both into sports.

His mom played volleyball and his dad played football for the University of San Diego.

His love of the game came from his grandfather, Jim Harris, who guided Ocean View High School to 665 wins, two CIF championships and was inducted into the CIF Hall of Fame and the SCIBCA Hall of Fame in 2012.

“I wear No. 25 because that was his number.” Nemeth said. “Basketball is close to my heart.”

Throughout his childhood, Nemeth played in National Junior Basketball and created a bond with his older brother, Jacob.

When Nemeth began studying at San Clemente High School, he sat and watched Jacob finish his high school career as one of the program’s proficient scorers and with a record for eight 3-pointers in a game.

“He was just a big influence to me. He still is,” Tyler Nemeth said. “I watched him progress all four years he played here and now he holds a record. I’m so proud of him.”

Tyler Nemeth spent his first two years on junior varsity mastering his craft. While he talent as a defender was good, his offense needed some work. 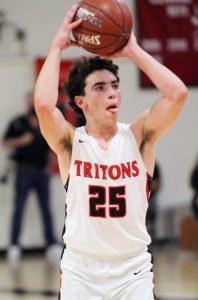 San Clemente senior guard Tyler Nemeth warms up at halftime of a high school basketball game against Tesoro on Thursday, May 20, 2021. Nemeth finished with 24 points and the Tritons won 72-24.

So he sought out help from Jacob.

“He taught me how to shoot from the perimeter,” Nemeth said. “He taught me my form, how to elevate, everything.”

Tyler Nemeth made the varsity roster his junior season but he still had limitations.

“I wanted to take my game to the next level,” he said.

When the Tritons returned this past season to play a delayed schedule due to the coronavirus pandemic, Nemeth created himself into a scoring machine.

He had outscored Tesoro 21-16 at halftime.

“We were getting the ball inside and then back out to me and I was just feeling it on every shot,” Tyler Nemeth said.

Nemeth called down in the second and Popovich sat him the entire fourth quarter because of a commanding lead, but the smile never left Nemeth’s face.

Jacob wasn’t in the stands to watch the Tritons win a league championship, but he was getting updates from his mom.

“Tyler is not someone to lose,” said Jacob Nemeth, who attends his parents’ alma mater, USD. “My older sister and I never want to admit it, but he is the most athletic. When he decides to flip that switch, he can score from anywhere.”

Tyler Nemeth knows he won’t play basketball forever. After graduating, his plans are to enroll into USD next fall with his brother.

And for the first time in awhile, the two will finally be able to play basketball together.

“We’ll team up for intramurals and definitely have some fun,” Tyler Nemeth said.

San Clemente has the next few days off while awaiting its fate entering the CIF-Southern Section next week.

But whomever the Tritons draw, they will have to deal with Nemeth and the chip that has settled in nicely on his shoulder.