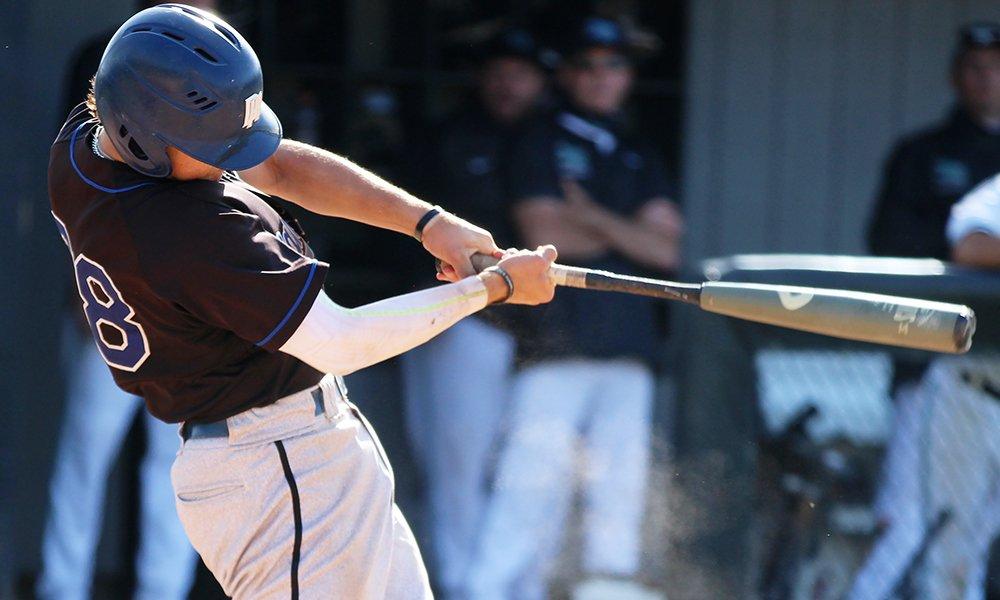 “He’s the catalyst of our team,” he said.

The Dolphins took down Aliso Niguel 10-6 on Tuesday afternoon, but not before DiFrancesco crushed a two-run home run in the fourth inning.

“Offensively, he is getting a lot smarter,” Faris said. “He’s working the count in his favor and positive things are coming.”

But it could be said that DiFrancesco has already made a positive impact.

DiFrancesco entered the game third on the team in batting with a .400 average and now leads the Dolphins with 13 hits on a team that has had no problem scoring runs.

In its first 12 games, Dana Hills has scored an average of 6.41 runs per game.

“Today was a good game because we showed how important our offense is,” said DiFrancesco, who will be heading to NCAA Division II Colorado Mesa next fall.

The Dolphins fell behind early as starter AJ Newcomb struggled allowing four consecutive hits in the first inning, including an RBI-single by outfielder Colin Loughrey.

Newcomb was tagged with two more runs in the next inning, as Leo Takaku walked with the bases loaded to bring in Jake Spence. Chase Christner drove in pitcher Shotaro Hamada on a fielder’s choice.

“We had a hard time throwing strikes. We have to fix that before we get to league,” Faris said.

Dana Hills kickstarted its offense in the third inning, when Zack Leite doubled home a pair of runs.

The very next inning, the Dolphins blew the game wide open.

Dana Hills’ top of the order took advantage of two unearned runs that came off an error and wild pitch before DiFrancesco took a 3-0 pitch to right center field.

As DiFrancesco rounded the bases, the Dolphin dugout exploded with excitement.

“Coach gave me the green light,” DiFrancesco said. “He usually doesn’t in a situation like that, so I swung for the fences.”

All in all, Dana Hills scored five runs in the inning, added another in the fifth inning and two more in the sixth inning.

Faris said he won’t have Kelly for the next game against El Dorado next Friday because Kelly will be starting at quarterback that same night, so it was important to give him some innings against the Wolverines.

Aliso Niguel added four total runs in the sixth and seventh innings, but the rally came up short as left-hander Evin Hollandsworth struck out Hamada and got Bradley Prutsok to ground into a fielder’s choice.

While the win keeps the Dolphins atop the MaxPreps California High School baseball rankings, their coach knows there is plenty of season left and room to improve.

Aliso Niguel will continue its season on Thursday, when it travels to Santa Margarita Catholic.