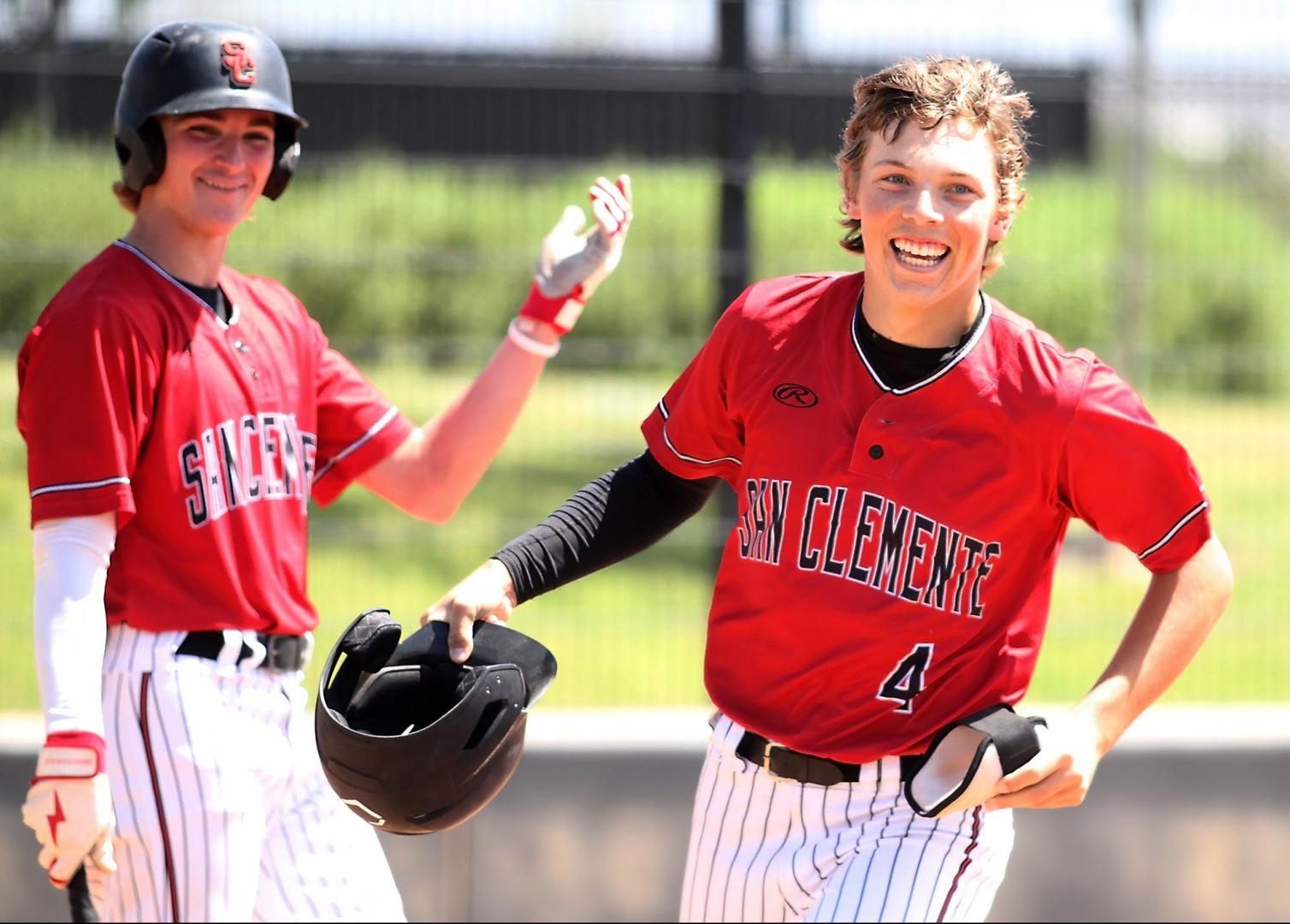 IRVINE — San Clemente baseball coach  knows his players are in for a challenging few weeks.

They still have a three-game series with Trabuco Hills that could very well determine who will win the Sea View League.

So this week, Gellatly is using the Ryan Lemmon Foundation Invitational at the Great Park to challenge his players.

After all, he knows there’s still plenty to improve on despite coming back to defeat Irvine High School, 8-4.

The Tritons entered Tuesday winning their first two games against Marina and Viewpoint from Bountiful, Utah, but was faced with adversity early.

Junior outfielder Rhyn Chambers crushed a home run to left field, but the Vaqueros answered in the bottom half of the inning when it took advantage of a balk and fielding error.

The Tritons regained the lead in the second inning but Irvine once again had an answer. This time it pilled on three more runs that was capped off by a 2-run home run by Ian Hew.

San Clemente senior starter Ryan O’Connor quickly struck out the next two batters but he knew his team was looking up at a deficit.

The thing about this group is that we are young so we are going to go through games like this but we are maturing every day,” Gellatly said.

San Clemente finally woke up its bats in the sixth inning when Chambers drew a walk that brought home the tying run.

All junior outfielder Chase Brunson had to do was line a single up the middle. Sophomore Pearce Brown doubled home two more runs just for insurance.

“We fought back today. It was more of a team win,” said Brunson, who leads the Tritons in hitting, batting .375. “It was a solid team win.”

The Tritons finished with just six hits but capitalized on 10 walks and two errors.

Now they enter the final day of the tournament undefeated along with Woodbridge, El Modena, Esperanza and Villa Park.

“Hopefully we can get after it tomorrow,” Gellatly said. “I’m just asking them to play hard and give their best effort. If we can do that we will be successful.”

The Tritons will face Elsinore at the Great Park Stadium at 4 p.m.