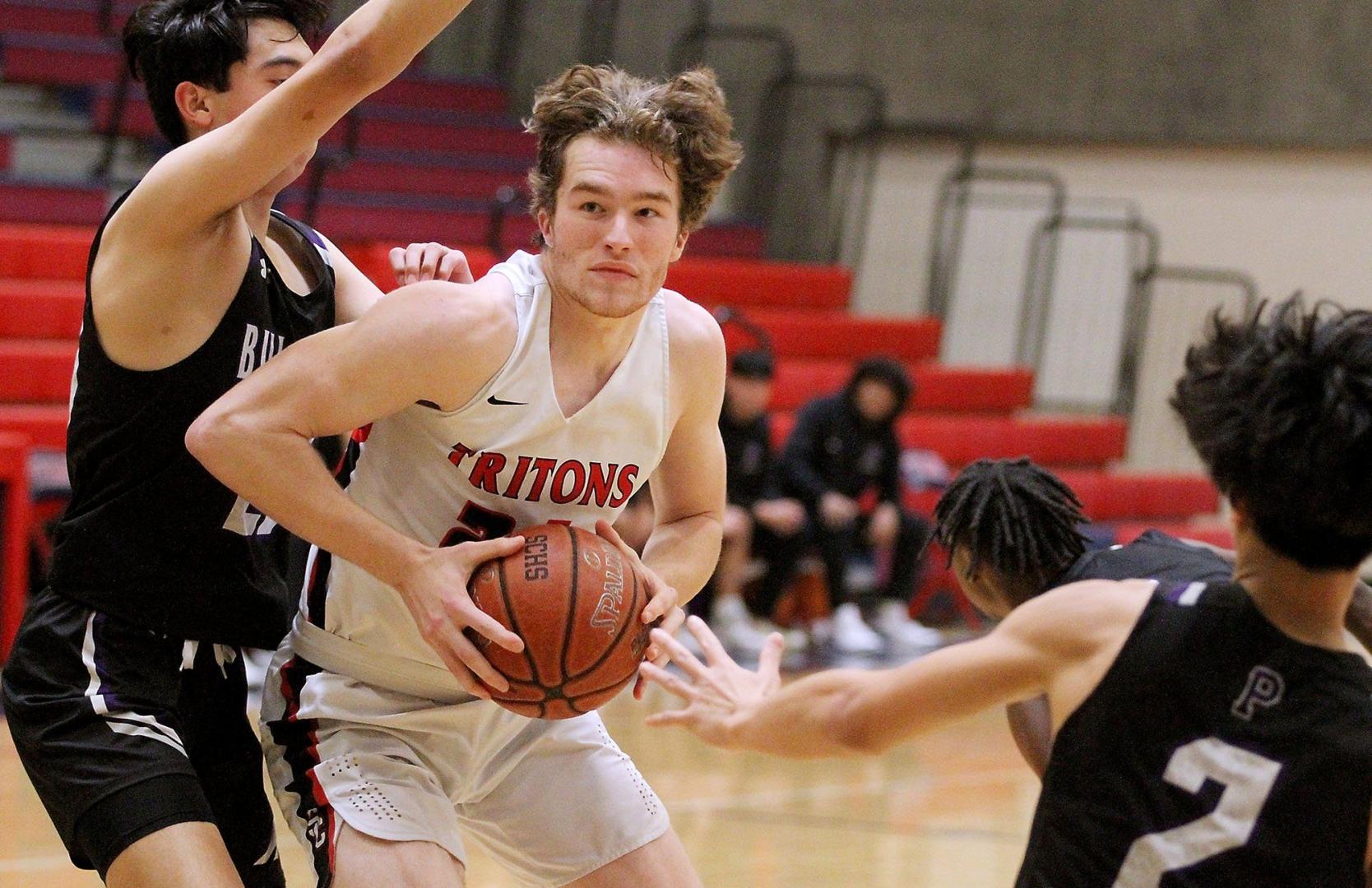 The Tritons held Portola to just 17 points in the first half of the North/South Challenge at Tesoro High School.

The word I would describe how we played is connected,” Popovich continued. “We were connected out there today.”

While San Clemente’s defense was running almost flawlessly, the offense sputtered just after the opening tipoff.

A once 10-point lead turned into a small 14-8 advantage after the first quarter.

San Clemente started to speed up its offense in the second quarter and finished the half on a 10-0 run led by Gardiner.

Gardiner finished the game with 20 points, eight rebounds  and afterwards was named the game’s most valuable player.

“Asher was awesome tonight,” Popovich said. “He can can play in the post, he can play up top, he can drive and he can rebound. When he gets going on all phases that really helps us out.”

By the second half, San Clemente turned into a fast break team.

It outscored Portola 11-2 to start the second half and running the fast break was something that the coaches really emphasized over the last two weeks.

“We need to get those type of baskets,” Popovich said.

Gardiner also received some scoring help in the second half as Grace scored a few shots while Grant Marquez hit a 3-pointer.

He finished the game with 16 points while Charlie Spaeth also chipped in with 10 points.

San Clemente was supposed to have a game on Wednesday afternoon against Dana Hills but it was cancelled after a Dolphins player tested positive for COVID-19. No makeup date has been announced.

After the holidays San Clemente will face Long Beach Millikan in the Tustin Tournament and Popovich is pleased where his team is at.

“I feel like we have grown so much on the defensive end and I think our guys have really started to buy in,” Now it’s about keeping up that momentum and improving each week. The team that wins league is the team that keeps improving every week. We have to do that to have a shot (at the title).”