San Clemente football brings back plenty of experience from the spring 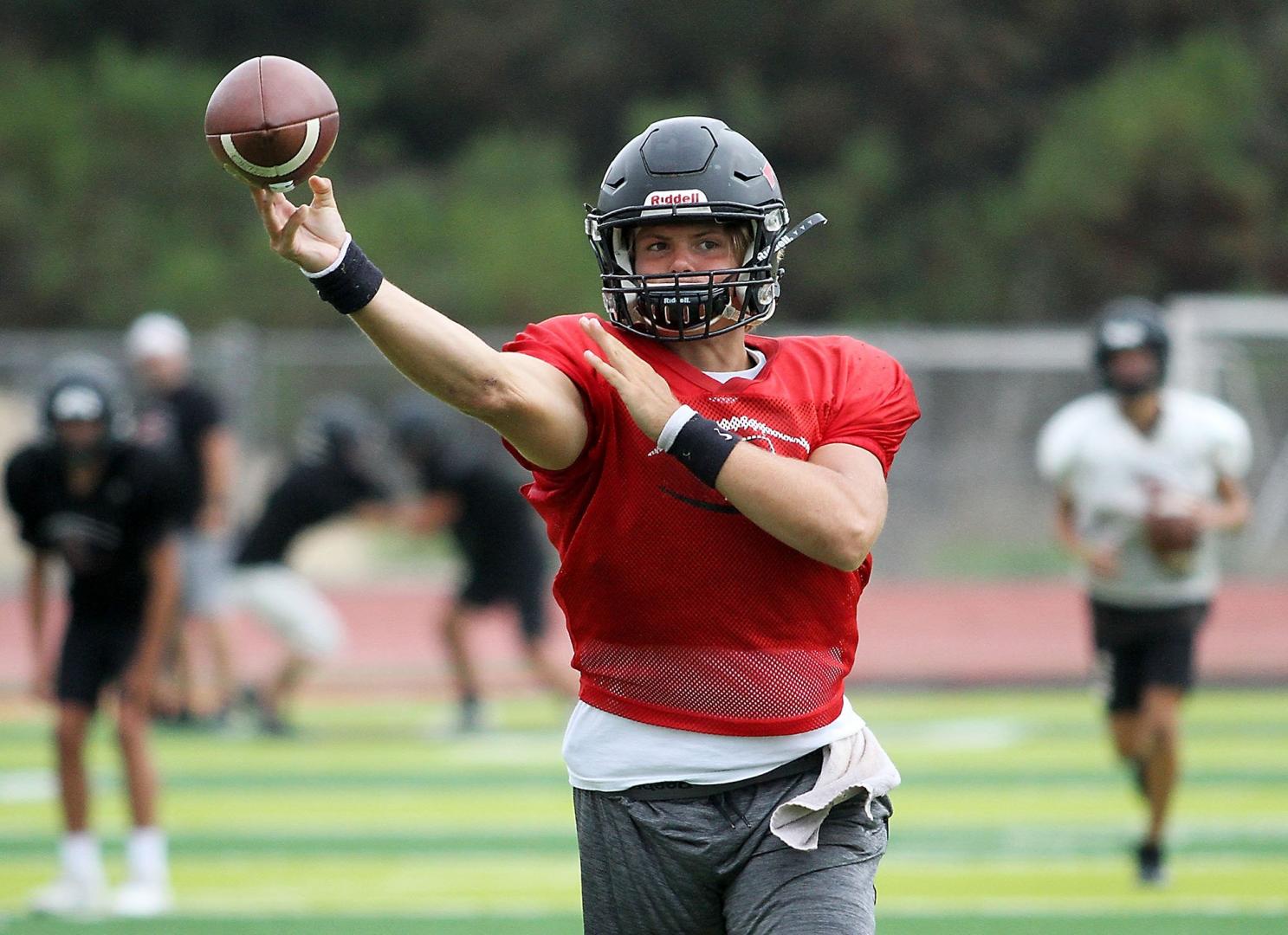 During a season that was in question because of the coronavirus pandemic, the seniors were not only able to finish their careers, but finish them in dominant fashion.

So, how can you improve on that?

“We have a 10-game season,” coach Jamie Ortiz said with a smile. “The stands will be packed with fans, and I think having the community back watching our games just makes the kids excited.”

The San Clemente community will see plenty of familiar faces.

“Usually we only get eight to nine starters back,” Ortiz said. “Eight of (the 12) were selected to the all-South Coast League team so we have plenty of experience.”

As a sophomore last season, Van Rosmalen threw for 752 yards and six touchdowns. More importantly, he said he matured into a leader.

“The senior class really pushed me and taught me how to keep this team moving forward,” Van Rosmalen said. “My job is to make sure we aren’t getting into the idea of getting behind.”

One struggle Van Rosmalen overcame was his lack of ability to be vocal.

“You have to be a vocal point on the field,” he said. “I had to learn it from (senior lineman) Ryland Swarthout. He really helped me I think I’ve improved with that.”

The Tritons graduated their top two receivers in Hall and Bentley Redden but Van Rosmalen will have plenty of weapons to throw to including Easton Cattiach and Thomas Hartanov.

Junior running back Blake Allen will also be an option.

Allen played strictly as a defensive back last season but now will also play running back.

Ortiz said San Clemente doesn’t play players on both offense and defense but Allen will be the exception.

“This is now Blake’s opportunity,” Ortiz said. “He’s just such an explosive player, I don’t want him to leave the field.”

Even though he hasn’t played running back at San Clemente he said he feels more than confident heading into the season.

“I’m excited,” Allen said. “I just want to help my team anyway I can.”

San Clemente has seen plenty of success over the last few seasons.

Ortiz has had just one losing season over the nine years he was hired. The Tritons last true loss came during the 2019 season to Mission Viejo. They were ready to compete in the CIF-Southern Section Semifinals but instead was forced to forfeit every game during that season.

“I definitely think it’s a chip on our shoulder,” Allen said. “We saw how much it meant to the juniors and seniors who couldn’t play.”

San Clemente opens up their season on Friday against Oceanside.

Their last loss to the Pirates came in 2016.