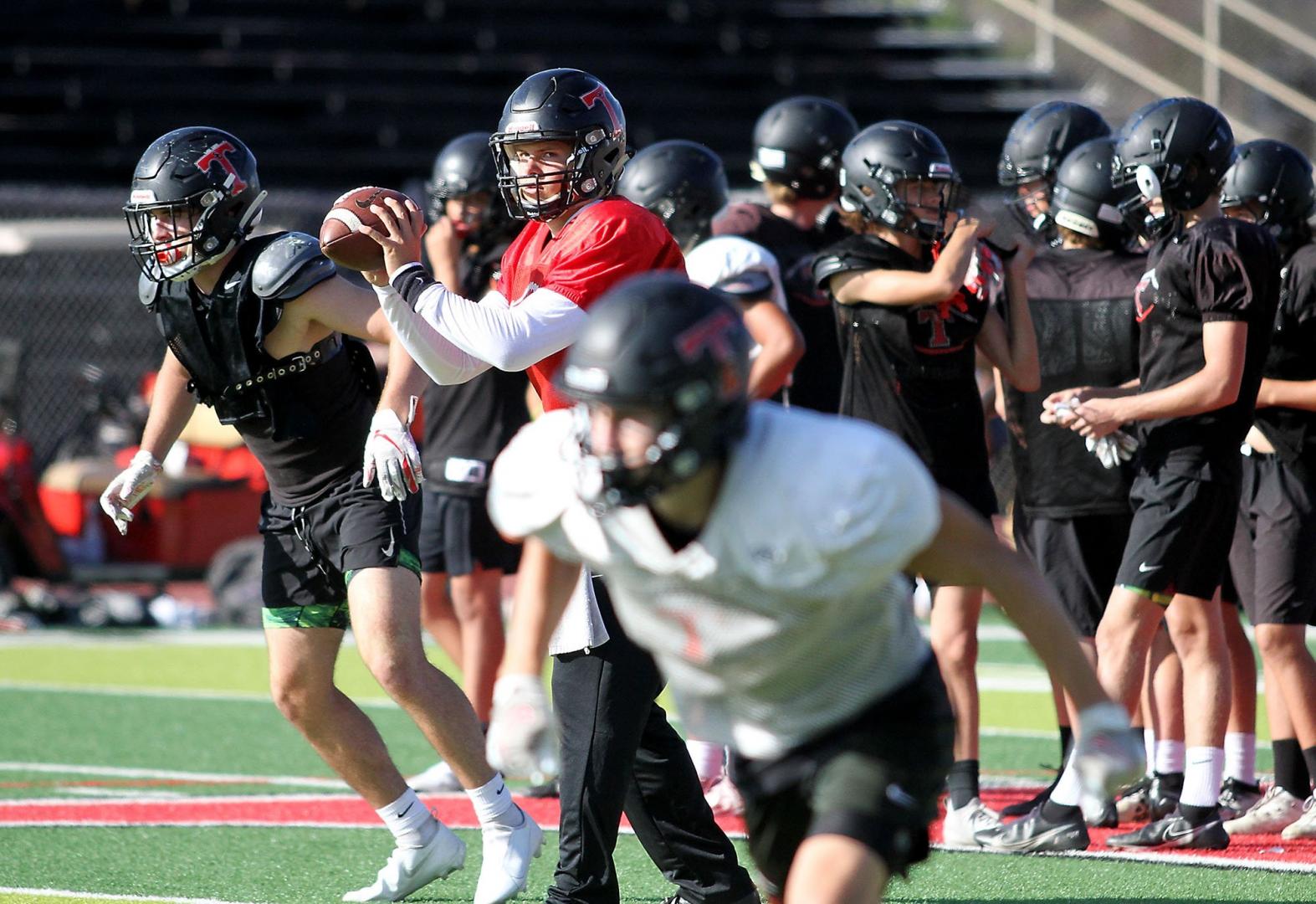 SAN CLEMENTE —  San Clemente football coach Jamie Ortiz had a message for his team this week.

“Tough games will make you better,” he said.

It hasn’t even been a week since the Tritons battled Corona del Mar.

Despite a 7-3 losing outcome, Ortiz’s message remained the same.

“Sometimes a loss is a lesson,” he said. “No one wants to lose that’s for sure, but we are going to test our kids.”

Ortiz doesn’t look at the fact that it’s been five years since his team has been held to just a field goal. These tests are important as they prepare for the upcoming South Coast League schedule.

And his quarterback agrees.

“We could go out and play any team but playing these top teams in Orange County really makes us ready,” senior Lachlan Van Rosmalen said.

Van Rosmalen is starting his second season with the Tritons and has been up proficient numbers passing for 650 yards and five touchdowns. He has plenty of weapons with four receivers each accumulating more than 100 yards receiving this season.

Each receiver also brings something different to aid the offense.

“Everybody is a match up. You have to love it,” Van Rosmalen said. “Easton (Cattich) is going at catching in traffic, Reid (Kotiranta) has that different kind of speed that people aren’t expecting, Mason (Ord) and Brock (Della Vedova) have that catch radius and Thomas (Hartanov) is that little gun that comes from out of nowhere.”

But with so many weapons, the Tritons know they have to finish drives.

“We get down to the 30 yard line and then we stall,” Ortiz said. “In order to have an opportunity to win games in the future we have score points in the red zone.”

San Clemente had no problems scoring in the five-game pandemic season last spring, averaging 31.2 points per game but over its last three games, it has combined to tie last season’s average.

“We need to take advantage of our opportunities,” Van Rosmalen said. “There were too many plays throughout the Corona del Mar game where if we did one thing different we would have been celebrating a win. We will figure ourselves out.”

Despite some offensive struggles, junior running back Blake Allen is not only the team’s leading rusher but has also been showing off his receiving skills with 14 catches for 194 yards.

San Clemente’s road does not get any easier as it prepares for a road game against Edison this Friday.

The Chargers are led by junior quarterback Parker Awad and their two losses have come on the road to Trinity League teams Servite and Orange Lutheran.

“Our kids need to be ready. There were just four or five plays that could have changed the outcome (last week),” Ortiz said. “That’s the difference between winning and losing.”