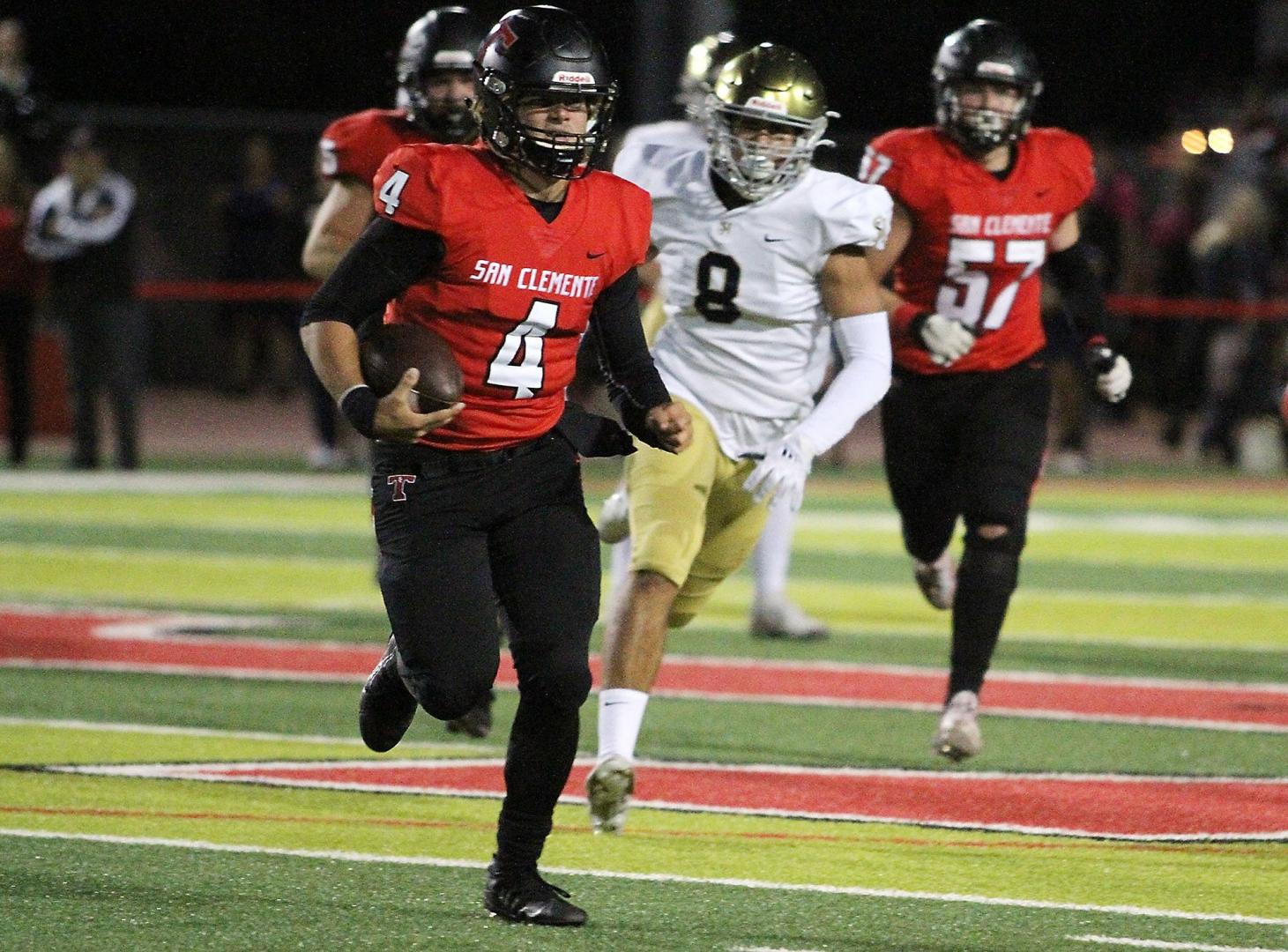 There was the 21-20 win over Murrieta Valley.

So of course the Tritons would keep that theme going to kick off South Coast League play with a 16-10 win over San Juan Hills on Friday night.

While San Clemente’s meeting with Mission Viejo is two weeks away, the Tritons were up against a San Juan Hills team that has averaged 54 points its last two games.

But it took awhile for the Stallions offense to fund its stride.

Freshman quarterback Michael “Butter” Tollefson slipped and was sacked in the end zone for a safety on their opening drive.

San Clemente rode the wave of momentum the defense provided as junior running back Blake Allen led the team down to the 5-yard line before he punched it in for the game’s first touchdown.

“From what we saw on film we had to get the momentum early on them,” San Clemente coach Jamie Ortiz said. “We started off fast which was a good sign coming off the bye week.”

San Juan Hills had chances to cut into the lead but just couldn’t capitalize.

In the second quarter, Tollefson saw a fourth-down pass intercepted on the goal line and later after San Clemente some more good field position, Van Rosmalen evaded the blitzing Stallions defense to score on a 9-yard run.

“San Juan Hills came in super excited after putting up 66 points against Capo (Valley) but we held them,” said Van Rosmalen who finished 15-of-22 for 146 yards.

Right before the Stallions entered their locker room for halftime San Juan Hills coach Rob Frith gathered his players on the field and challenged them.

And when the second half arrived, his team responded.

Tollefson marched the Stallions 60 yards down the field in three minutes that was capped off with a 1-yard shovel pass to Cole Monach.

San Juan Hills whethered a lost fumble to come back and kick a short field goal.

The defense held Van Rosmalen to just 27 passing yards in the second half and 19 rushing yards after Allen left the game in the third quarter with a sprained ankle.

But what would be the Stallions final drive, they came up two yards short as Tollefson scrambled away from the defense

Despite the lost, Tollefson ended the game 14-of-23 for 157 yards, a touchdown and an interception.

While San Clemente finished the night with a win, the road will not be xxxx.

Everyone has the Mission Viejo game circled in two weeks but the Tritons will face Tesoro in their final regular season home game next Friday.