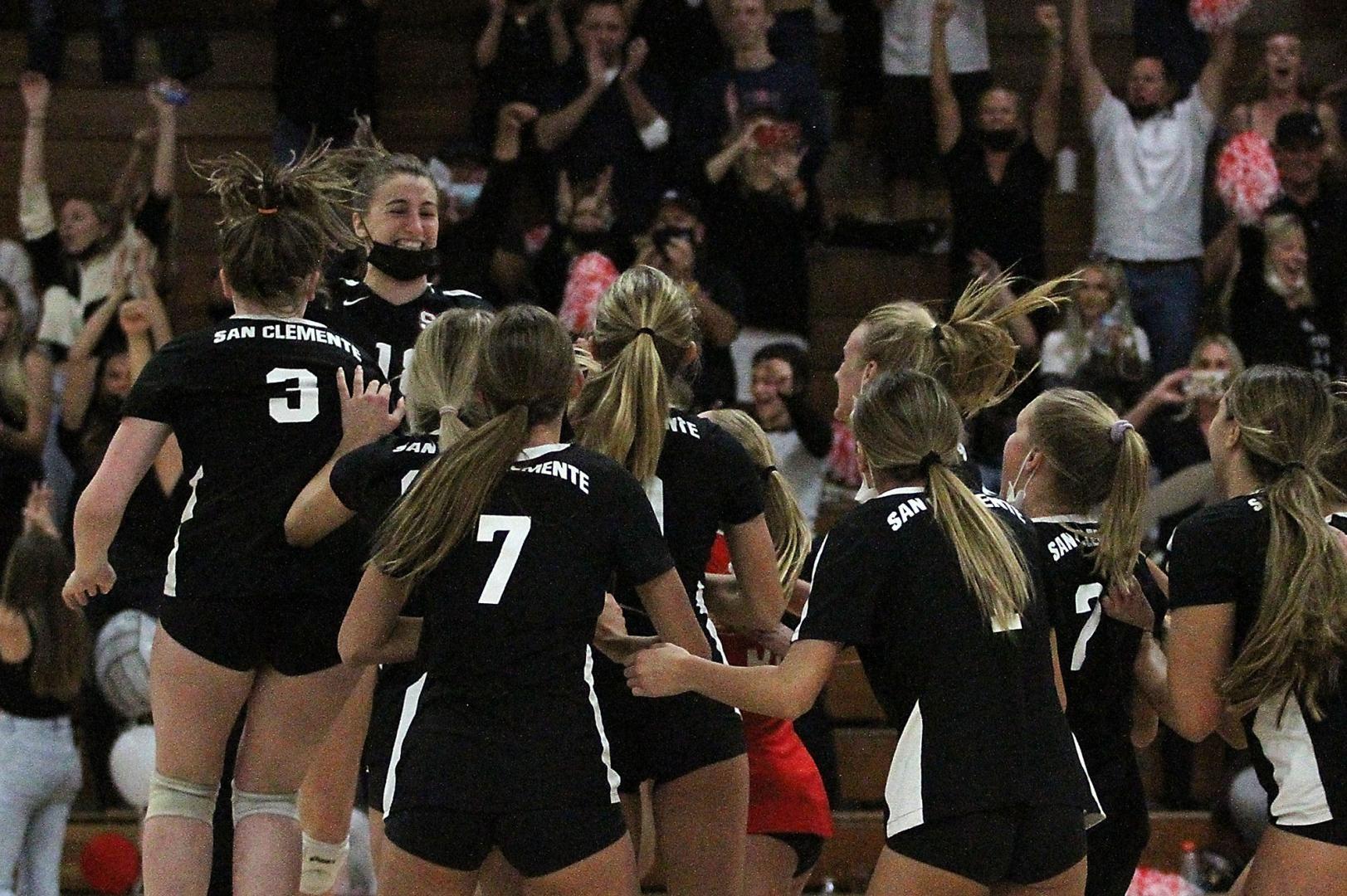 It was the rematch against Aliso Niguel.

After suffering a five-set loss to Wolverines on the road back on Sept. 29, the Tritons entered Wednesday with a chance of redemption.

And they took full advantage of it.

“We wanted this match,” Triton senior libero Riley Brown said. “It really was a reflection of how hard we have been working as a team.”

From the opening serve, the Tritons were flying around on defense.

Whether it was Brown diving to the sidelines for a dig or her twin sister, Haley, setting the ball from a seated position, San Clemente got to the ball and remained composed.

“Their defense was really good the first time we played them, it was even better tonight,” Aliso Niguel coach Richie Whiting said.

The first set went back and forth until the Tritons put together a run with some offense from senior middle blocker Abigail Brown and Junior opposite Lily Dwinell.

Aliso Niguel could not get any momentum as Dwinell kept attacking from the right side. Another kill by Abigail Brown and the Tritons took the first set.

“We came out even more aggressive because we lost to them the first time,” Riley Brown said. “It really pushed us to play to our potential.”

San Clemente against jumped out to a lead in the second set, but the Wolverines had an answer.

Down 19-13 at one point, they just started chipping away.

A block by outside hitter Kendra Duffey, an ace by Danet Whiting and two kills by Brooke Pattschull and all of the sudden the set was tied 23-23.

But the Wolverines’ momentum wouldn’t take them any further.

San Clemente took control of the third set when Dwinell scored a kill ending a big rally between the teams.

Aliso Niguel entered the game with plenty of offense made up of Duffey, outside hitter Eva Travis and opposite Madyson Smith, but the Tritons’ defense stayed strong.

Abigail Brown added a a pair of kills and the Tritons took the third set, 25-19.

“We made some small blocking adjustments and we committed to serving a little tougher,” Tritons coach Casey Swenson said. “We just executed the game plan perfectly tonight.”

Both teams battled throughout the fourth set but kills by San Clemente’s Sofia Williams and Abigail Brown gave them the advantage.

Dwinell led the team with 15 kills while Abigail Brown chipped in with 14 kills.

I wanted this so much for this team,’ Swenson said. “They deserve it. It was just so special.”

While both San Clemente and Aliso Niguel will make the playoffs, after the game the Tritons won a coin toss to receive the South Coast League’s top spot in the Division I playoffs.

Aliso Niguel will enter the postseason receiving an at-large bid.