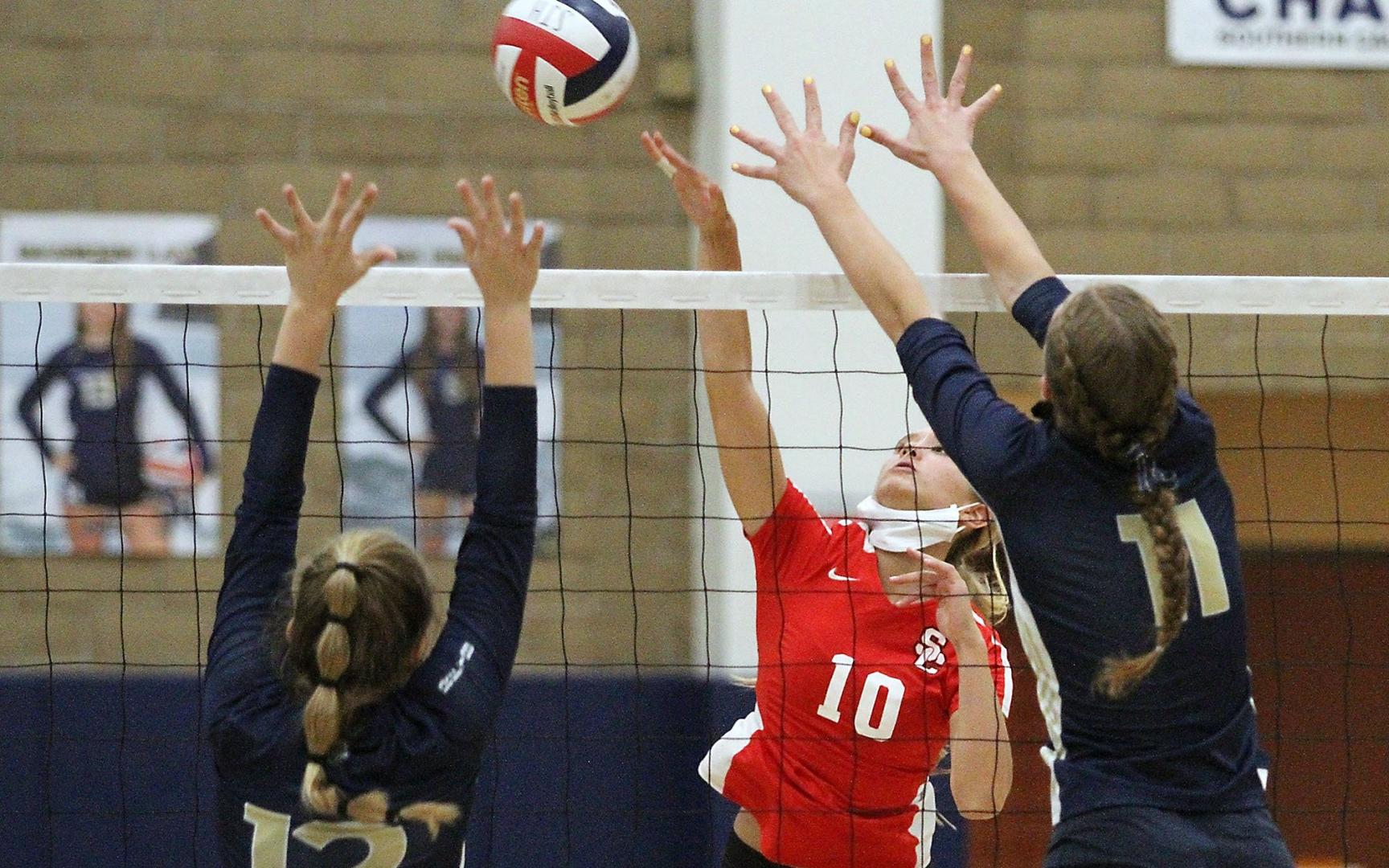 But he knows exactly what his players need to.

“Just take a deep breath and stay calm,” he said.

“Our girls all year have really shown nothing rattles them,” Swenson said. “We will have a stretch where points aren’t going our way and things aren’t happening They know what to do and take care it.”

San Clemente (20-8, 2-0) entered the night riding a wave of momentum as far back as almost two weeks ago.

The Tritons had won four out of their last five matches including a tournament win over San Juan Hills.

So, it didn’t take long to take control.

Junior outside hitter Lily Dwinell came up with a block and a kill to give her team an early lead and after another p point scored by sophomore Sofia Williams, the Tritons held a 12-9 lead.

The Stallions came back to tie the game at 18-18 but San Clemente pushed forward with kills by Abigail Brown, Quinn Loper and Audrey Della Vedova to take the first set 25-20.

“Lily was just killing it on the right side. She was giving (San Juan Hills) everything it could handle,” Swenson said. “Our blocking was pretty nice and our middle attacks were working too.”

The Tritons saw an early deficit to start the second set, but quickly erased the deficit when Dwinell scored her fifth kill of the match.

Dwinell added another score and senior Ryan Coughlin sealed the set with a spike through the defense for her team to to win, 25-15.

San Juan Hills might be one of the smaller teams in the league according to their coach Jessica Papell.

She said because they are shorter they tend to focus on steady ball control.

“If we do that we can be a really good team,” Papell said.

They showed how good they can be to start the third set.

San Clemente came within three points but San Juan Hills held its ground and pushed its lead back up to its highest at 20-12 with two more kills by Cappellino and a block by Kyla Altheide.

San Clemente finished the set with their run but afterwards Papell told her team to think about it as a learning experience.

“We were on a great run but when they started raising their level pf play we just couldn’t match it,” Papell said. “We couldn’t stay aggressive.”

Both teams will now move on with a match against Dana Hills.

“These games are really important because we know we are going to play good teams like this down the road,” Dwinell said. “It’s really going to help us.”

The Tritons will host the Dolphins on Thursday while San Juan Hills will travel to Dana Point on Sept. 28.