Stallions clinch a share of the league title with the win 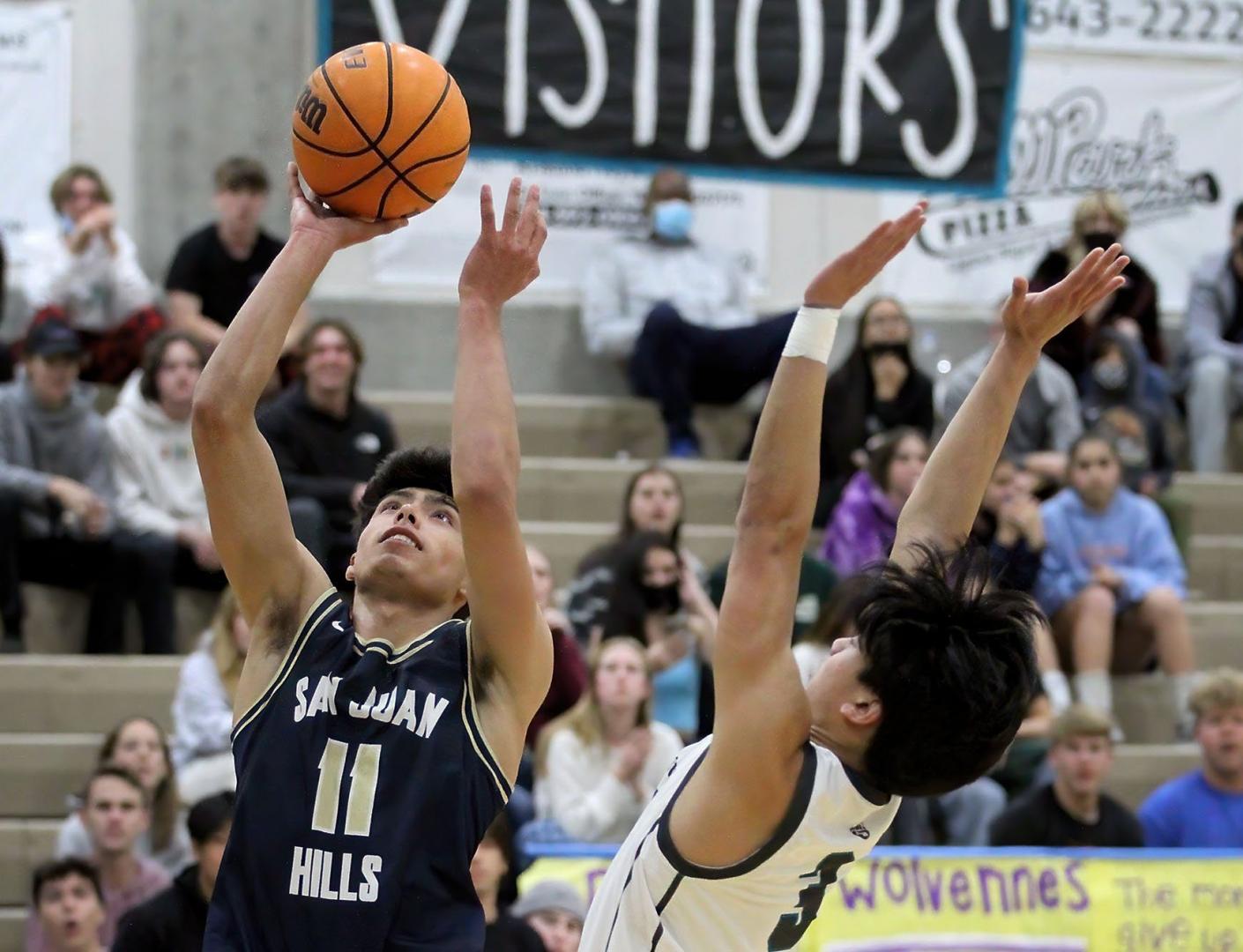 “We both defended well but there were a lot of fouls called,” he said. “No team was able to make a run.”

That all changed during their second meeting on Wednesday night.

San Juan Hills jumped out to a 9-0 run in the first quarter and never looked back.

“This was something we have been asking from them a lot,” Efstathiou said. “We want them to be engaged from the get go but have it last the entire game.”

The Stallions kept pushing throughout the first quarter with a combined effort.

“Our assistant coach, [Art Carrido] brought up something before the game talking about having a perfect effort,” Efstathiou said. “We don’t expect perfection. You aren’t going to make every shot but we can be intense for the entire game.”

Aliso Niguel made some shots in the second quarter, but were still unable to chip away its lead.

The Stallions pushed even further to hold a 17-point lead after some buckets by McFadden but the Wolverines answered with some 3-pointers by Tyler Noxon and Ryan McElroy.

Wolverines’ senior Tyler Weaver, who has Division I offers from UC Riverside and Southern Utah, was held to just two field goals in the first half.

He finished with 14 points

“San Juan Hills just did a really good job,” Aliso Niguel coach Keith Barnett said. “We had a poor game and they jumped on us.”

By the third quarter, San Juan Hills took complete control of the game.

The Wolverines cut their deficit down to seven points, but the Stallions answered with nine straight points that included a third 3-pointer by Reichner and a putback by McFadden as the horn sounded.

Reichner finished the game with a team-high 26 points while McFadden and Jake Simon each chipped in 12 points.

“We really just had great ball movement,” Reichner said. “Coach always teaches us confident over arrogance and we just came in really confident with our game plan.”

San Juan Hills did not let up in the final quarter and also began to get to the free throw line.

Weaver, Noxon and senior point guard Brandon Novida all fouled out and two technical fouls were called on the Wolverines that led to 11 made free throws.

A nifty under the basket pass by Nathan Goltara did all but seal it as the Stallions won their eighth game in nine tries. Their only loss was on the road against Mater Dei.

San Juan Hills’ win gives them a share at least a share of the Sea View League title and could win it outright with a win on Friday against El Toro.

Aliso Niguel will look to rebound against Dana Hills the same night.

“Our goal has always been to win a Sea View League title,” Reicher said. “I’m confident we can do that.”