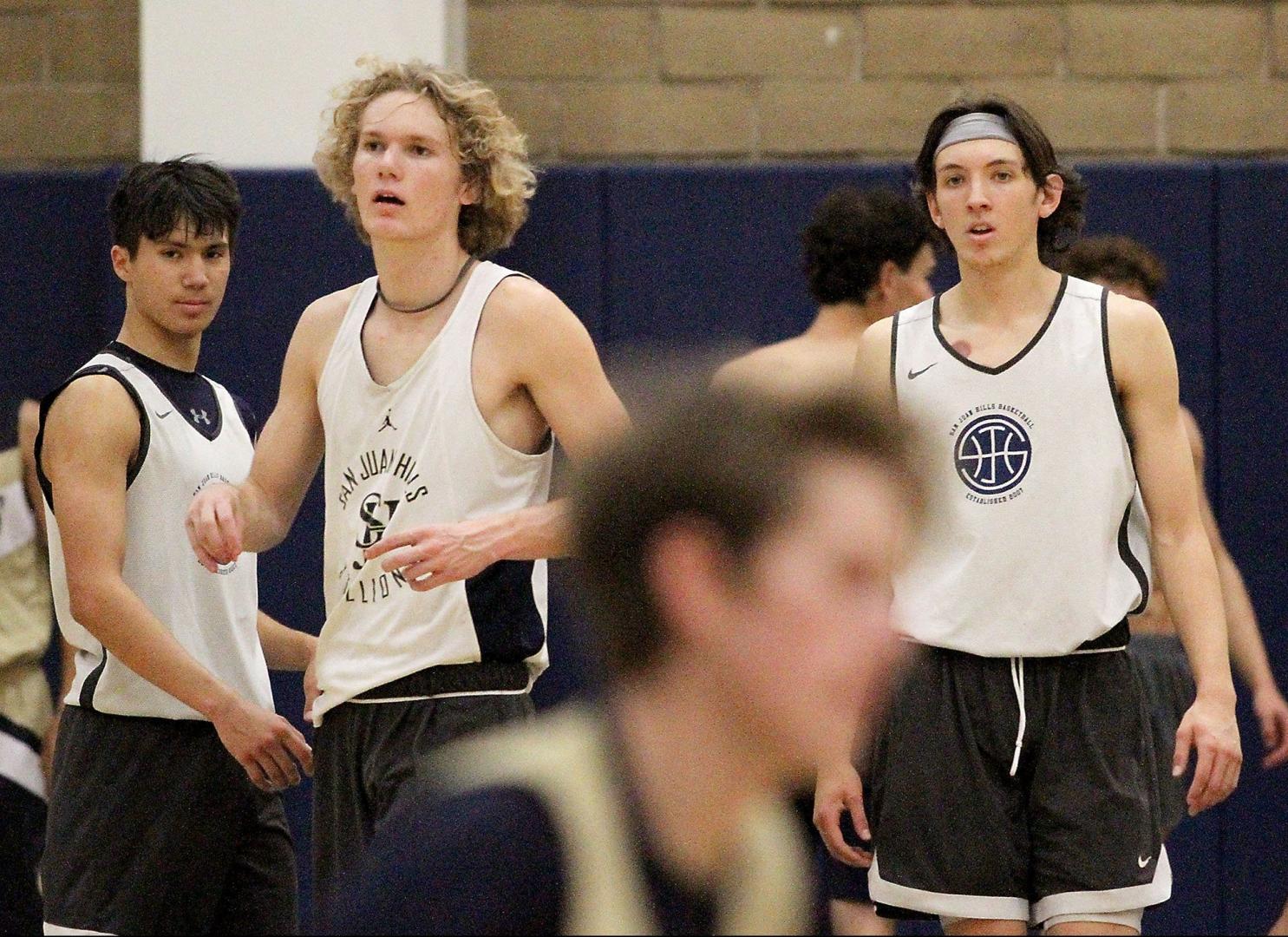 The Stallions won their first ever Sea View League title.

Now with majority of the team returning, San Juan Hills is looking for some more success.

The Stallions return all but three players from last year’s roster and coach Jason Efstathiou knows their experience will be one of their biggest strengths.

“We have 11 seniors this year, but that also puts a lot of extra pressure on us,” Efstathiou said. “Once these guys graduate, we will be very young.”

McFadden is one of three players returning who was selected to the all-Sea View League squad.

He stands at 6-foot-6 and listed as a guard. Last year he was the Stallions’ point guard.

While McFadden watched his fellow first-team all-league teammates Ryan Little and Phillip DeGree walk the stage and were handed their diplomas, he was handed the reins and will lead a new group of players into this new season including senior guards Mark Reichner and Jacob Simon who were selected all-Sea View League second team.

“These guys will need to step up since they will be leading us,” Efstathiou said. “They are going to have to make sure they are scoring, rebounding and defending at a greater degree every single night.”

Efstathiou said one of the biggest hurdles these players had to overcome this offseason was the transition into being leaders.

“That’s always the hardest thing for high school kids,” Efstathiou said. “They need to be vocal.”

That’s not to say they won’t have some role players.

The Stallions feature Mason Brehmer who will move into the starting rotation awhile seniors Nathan Goltara and Beckett Kitaen will be key contributors off the bench.

With so much basketball experience up and down the roster, Efstathiou is also learning what coaching styles fits for this season.

I need to give them a little more rope to let them make decisions,” Efstathiou said.  “I think I got used to having to coach guys up and control the game. Now with having more basketball guys, we really developed and built this into a basketball program.”

San Juan Hills starts its season on Tuesday when it faces Costa Mesa but its schedule will also feature games against Capo Valley Christian, Mission Viejo, Aliso Niguel, and even Mater Dei..

“There is some pressure but there is more excitement,”Reichner said. “We have been working for so long we are excited to show everybody what we can do.”