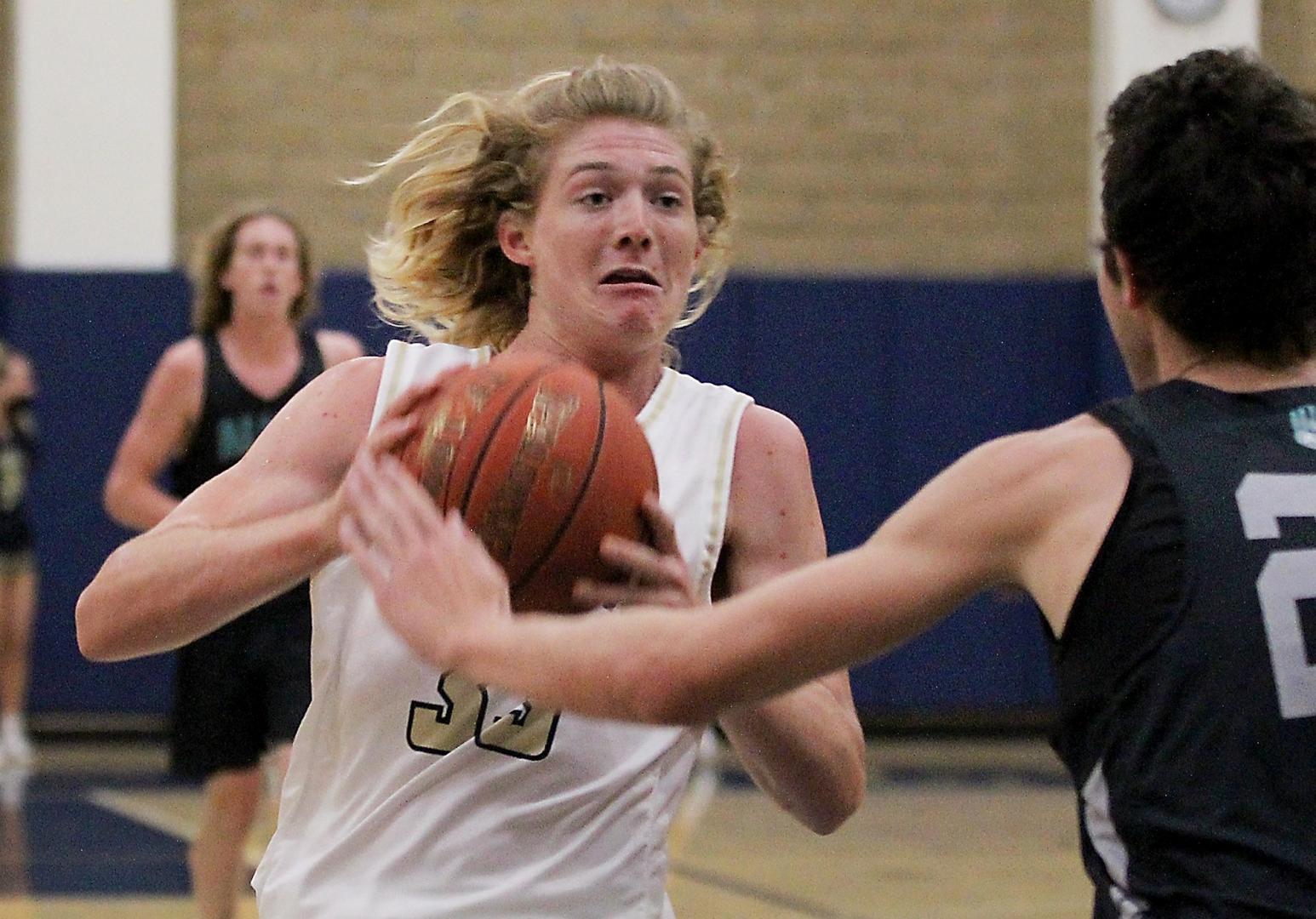 The Stallions have won four games in a row and just completed arguably one of the best wins of the program’s history by taking down Aliso Niguel with a 59-42 victory on Friday night.

“This was such a big win,” San Juan Hills coach Jason Efstathiou said. “Our program has never beaten Aliso Niguel.”

Coming in the Stallions suffered nine consecutive losses against the Wolverines, most recently back in late April.

But xxx’s game plan proved successful, taking away Tyler Weaver and Brandon Novida from the offense.

Chase McDaniel gave the Wolverines a spark to start the game when he hit a 3-pointer, but that was all the offense could muster.

San Juan Hills went on a 6-0 run by by Phillip DeGree and it held a 12-7 lead after the first quarter.

Weaver got involved by scoring five consecutive points at the start of the second quarter but the Stallions capitalized on the good defense and finished the half on a 16-0 balanced scoring run.

Junior shooting guard John McFadden scored a pair of buckets, followed by Mason Brehmer getting involved, but it was DeGree leading the way.

Eight Stallions scored at least one field goal in the first half and they galloped into the locker room with a 28-14 halftime lead.

“I think Phillip really took this game to heart,” Efstathiou said. He missed some key free throws down the stretch when he played Aliso the first time and he was hard on himself afterwards. He did such a good job today.”

Success continued for San Juan Hills throughout the second half as Jacob Simon found his touch beyond the 3-point arc.

Aliso Niguel attempted a comeback but every time Weaver or Novida would score, the Stallions had an answer.

Finally the Wolverines put together a run in the final five minutes that saw the deficit shrink to six points but Degree answered, muscling his way through the paint for the layup.

He converted a three-point play within the final two minutes to secure the lead and ultimately the victory.

“They kept giving the open lane so I started taking advantage of it,” said DeGree, who finished with 17 points. “The bottom line is that we wanted it more tonight.”

Despite the loss, the Wolverines were led by Weaver’s 20 points and added 11 points from Novida.

While San Juan Hills left the Woodlands with smiles on their faces, they know there is still work ahead o them for a shot at a Sea View League title.

The win was a start but two more wins or keeping pace with Aliso Niguel are needed to share a title.

“Every game becomes the biggest game of the year and it starts on Tuesday afternoon with a rematch against Dana Hills,” Efstathiou said.

The Stallions defeated the Dolphins earlier this week in Dana Point and haven’t lost a game to them since January 2019.