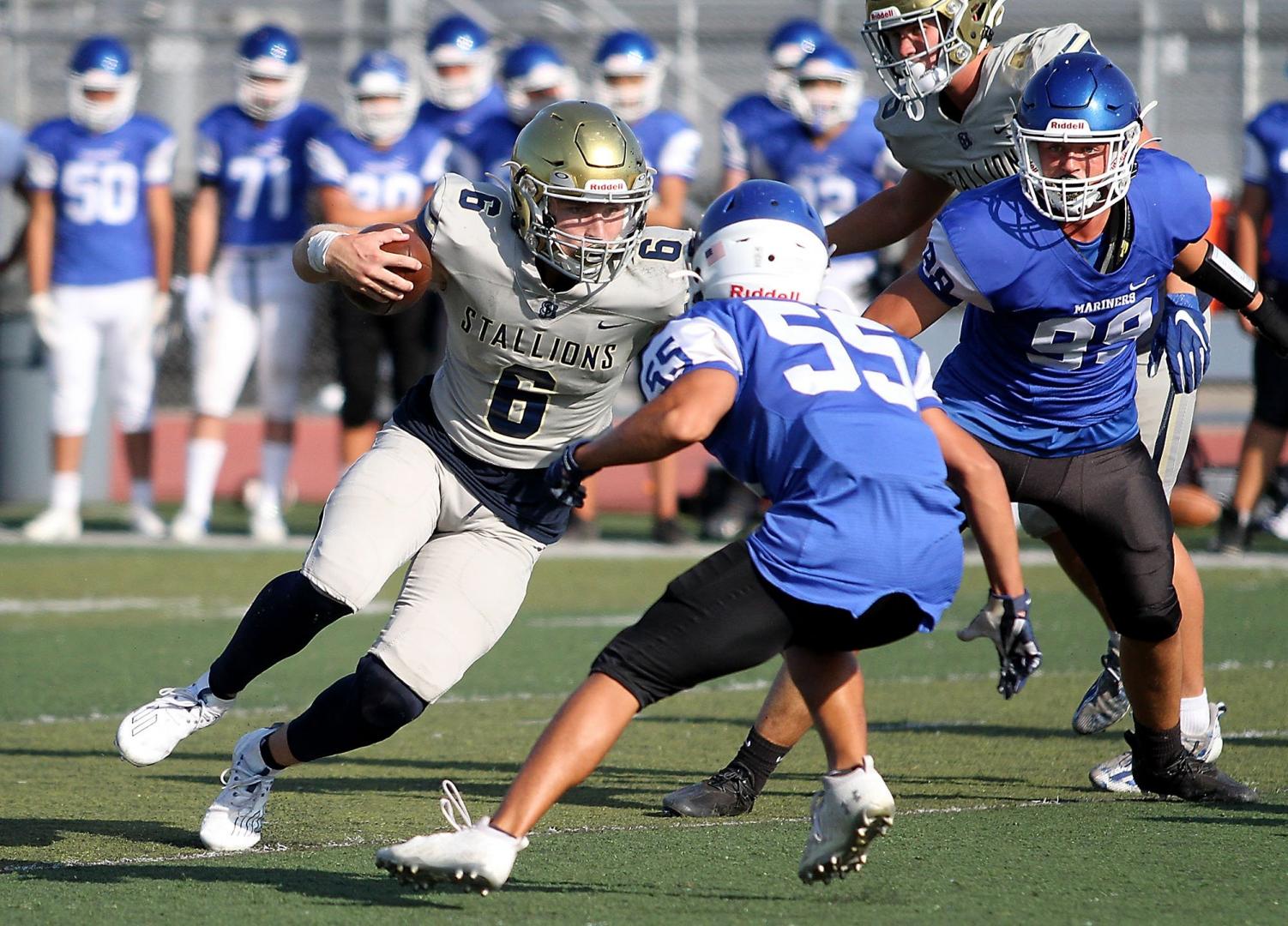 Their season starts in less than a week.

He sees the names of his senior players such as Braden Pegan, Cole Monach, Chase Schmidt and John Gaines.

“I feel like we have a senior class that is doing a tremendous job,” Frith said. “They have leadership, cohesion and these guys set the tone.”

Above all else, the four have experience.

Gaines was the only one watching because he was injured before the spring season.

San Juan Hills has made a name for itself and its passing attack, airing the ball all over the Badlands.

Over the last two seasons, quarterback Hudson Jones, who has since graduated and playing for Southeastern University, averaged 197 passing yards and three touchdowns per game.

With Jones’ departure, Frith said junior Colton Joseph is listed as his No. 1 quarterback as of now with freshman Michael “Butter” Tollefson backing him up.

Senior Luke Davis might also see some time either at quarterback or wide receiver.

“I think all three could start at the quarterback position.” Frith said.

No matter who takes snaps next Friday against Santa Margarita, the receiving core is confident and ready after just playing four months ago.

“I think the short offseason didn’t affected us at all,” Pegan said. “We have gotten everything that we need to get in practice-wise and I think we are ready to dominate this year.”

While the offense will feature some experience, the Stallions defense will be young.

Only Schmidt, senior linebacker Oliver Mettler, and senior defensive end Jaden Williams have played in all five games last season and have 10 or more tackles.

But Schmidt is confident not only in his team but as himself as a leader.

“We do a great job communicating as a whole,” Schmidt said. “Our defensive backs coach puts me in a role as the quarterback of the defense and its my responsibility to line everybody up. We have done such a good job on being on the same page.”

San Juan Hills looks to bounce back after finishing 0-3 against San Clemente, Mission Viejo and Tesoro in the South Coast League, but doesn’t shy away from competition as it opens up its season against Santa Margarita on Aug. 20 at Saddleback College and also scheduled Corona Del Mar,  Yorba Linda and Cypress.

“I think we are going to be right there neck-and-neck with (these teams in the South Coast League),” Pegan said. “I think we can go 3-0.”