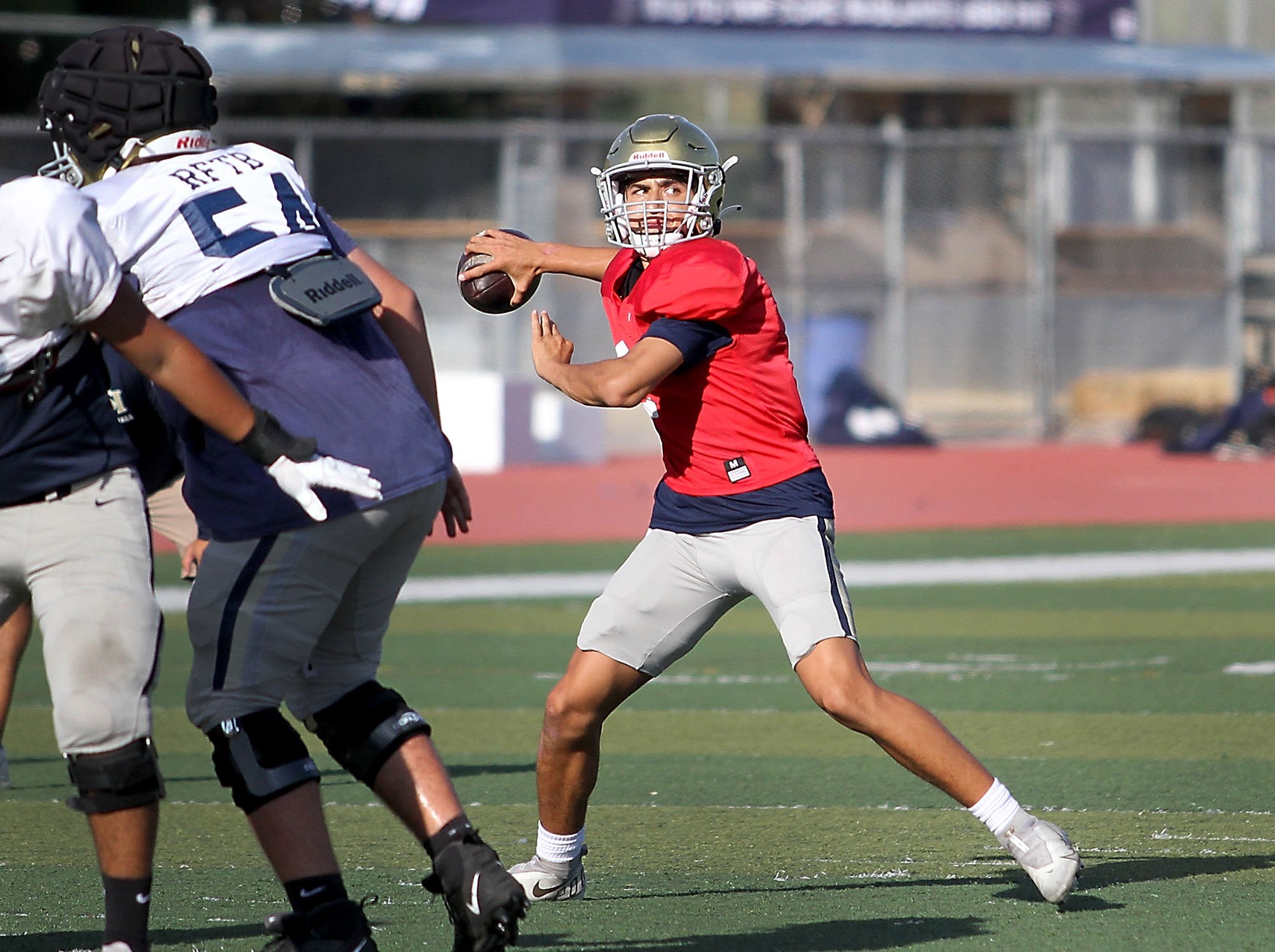 And Port, well he currently sits third among all Orange County defensive players in sacks.

Their demeanor, determination and skill should show their experience.

But that’s not necessarily the case this time around.

Tollefson and Port are only freshmen, but their impact has shown to be treasured.

“We are in a very unique situation, but a good (situation),” Stallions coach Rob Frith said. “Nowadays these freshmen show up varsity ready. If you are good enough, even if you are an incoming freshmen, I’m going to give you a shot because I want the best.”

His first throws came late in the fourth quarter while his team was losing big to Santa Margarita.

Over the next few weeks he saw some time after teammate Colton Joseph suffered an injury and got his first start on Sept. 17 against Corona del Mar.

The Stallions lost the game, but he threw for 311 yards and scored four touchdowns while playing every down. 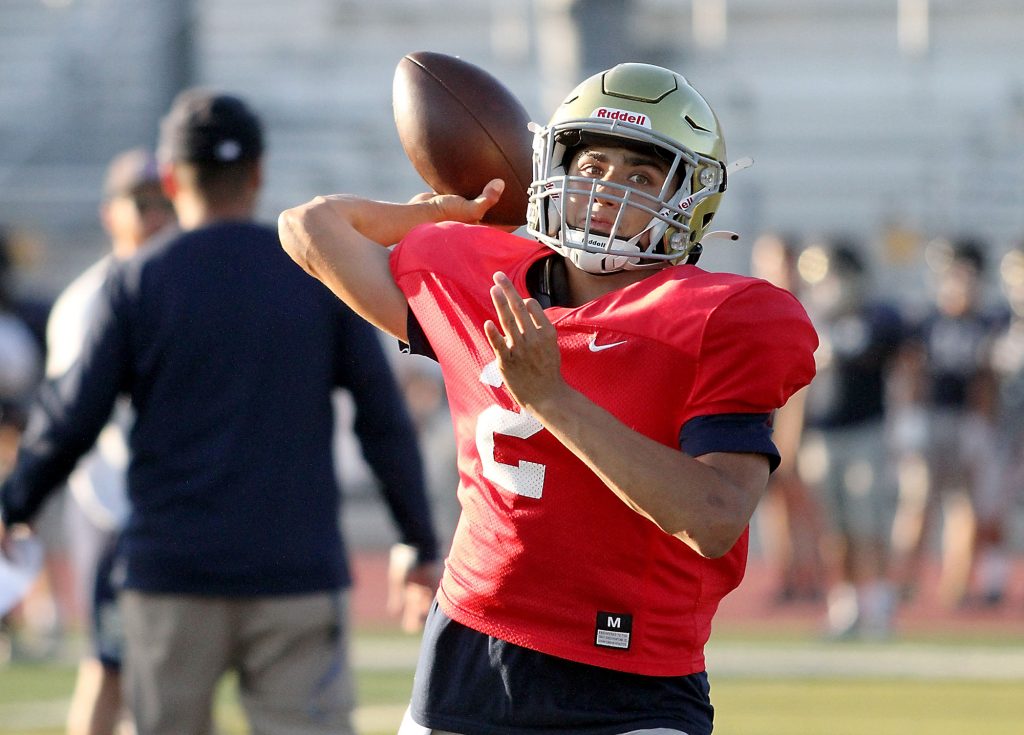 “When I go out on the field, I don’t feel like a freshman,” Tollefson said. “I just go out there and play. I’m not scared. I don’t think anybody is better than me.”

Two weeks later his success continued as he finished completing 14-of-21 passes including a 94-yard touchdown pass to Braden Pegan.

The pass was smooth as his nickname his mother gave him.

“Butter, butter were the first lyrics of the song I used to sing to him while rocking him to sleep as a baby,” Bridgette Tollefson said. “Butter just stuck.”

Port was also given an opportunity to show what he could do in the season opener against Santa Margarita.

He finished with two sacks and it wasn’t too long after that Frith made him a team captain.

“These kids are playing competitive sports really early and I think you have the training that has gotten a lot better,” Frith said. “You have these gurus that are willing to take people’s money to train kids and there’s a lot to be said with the kids finding the right teachers to teach technique.”

Port took a similar route when he was enrolled into The Togethership, a private middle school in Lake Forest that “was formed to provide these hyper focused (middle school) student-athletes every opportunity and advantage possible to achieve their goals on and off the court and field.”

“I would not be where I am without The Togethership,” Port said. 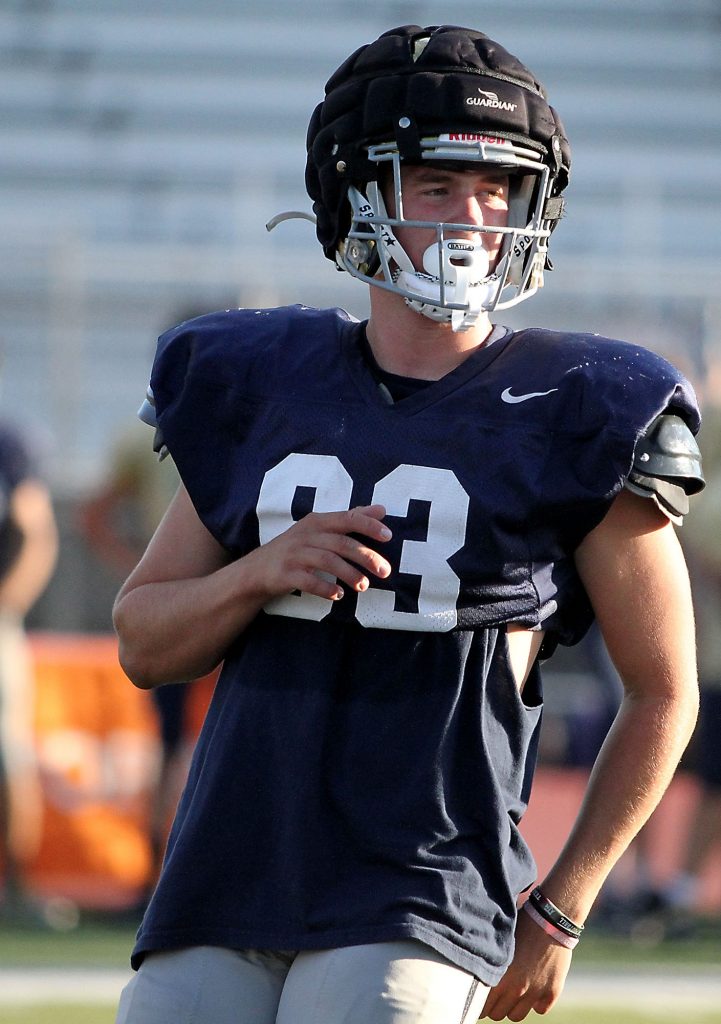 Port’s football regiment included training and learning football in the morning and then focusing on academics in the afternoon.

“Just learning about the positions and your responsibility in everything,” Port said. “They taught us everything.”

Port has receded at least a half of sack in four out of the six games this season but his ability doesn’t stop with his 6-foot-2, 21-pound frame. Frith said it’s his tenacity.

“That kid leaves it out on the field every rep,” Frith said. “He just won’t quit.”

You don’t see many freshmen play on Friday nights.

But for the two Stallions, age is simply just a number.

“When you go out on the field, it doesn’t really matter how old you are,” Tollefson said. “You are just playing against the guy across from you and you are trying to beat him.”