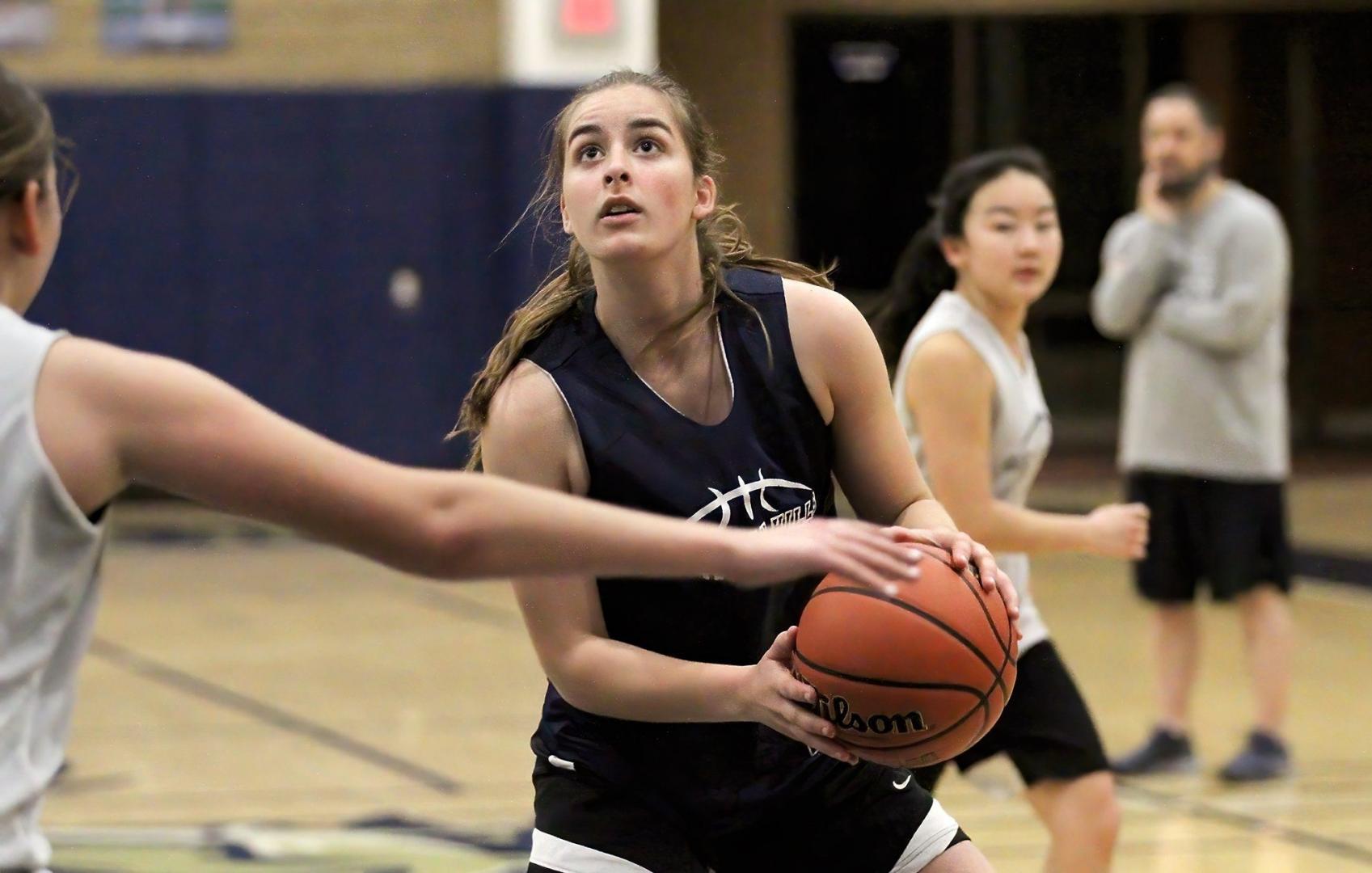 SAN JUAN CAPISTRANO — Your first thought when watching the San Juan Hills girls basketball team might be how young it is.

“We have no seniors (on the roster),” coach Paul Edwards acknowledged.

But the Stallions have continued to show plenty of experience and maturity.

Over their last eight games they have won seven including four consecutive games in the Southern California Classic in San Diego last week.

“There was a lot of growth in San Diego,” Edwards said. “We executed and trusted each other.”

Three out of the four wins San Juan Hills claimed came in the last two minutes including a 40-36 win over Downey and a 54-48 win over Mater Dei of Chula Vista, both of which were ranked in higher divisions.

“Anytime you beat a team with Mater Dei, I don’t care if it’s Mater Dei of Lubbock, Texas, it’s a good win for a public school like us,” Edwards said.

Junior Amanda Edwards said their four wins also gave her team experience that they will need down the road.

“We just played as a team (in San Diego),” said Edwards, who has scored in double digits in eight straight games.

The Stallions might not have any seniors on the roster, but they can still score.

Edwards, junior Lily Sisson along with sophomore Sydney Peterson make up 75 percent of the offense and together they average four 3-pointers a game

“We are young in age but we have played a lot of basketball,” Amanda Edwards said.

While San Juan Hills’ success in San Diego has solidified another successful pre-league season and pushed them to a top 20 ranking in Orange County, the players and coaches knows how important the South Coast League schedule will be.

The Tritons graduated point guard Krya Stewart but return a good portion of their team including senior Jolie Johnson and sophomores Claire Pham and Zona Miller.

“They have good size, good athletes and good depth, Paul Edwards said of the Tritons. “They are just a solid, talented basketball team. (Coach) Kerri (Husbands) does a great job with them.”

San Juan Hills hasn’t had the best success against San Clemente in recent years, losing five out of the last six meetings but even with a young team, Edwards is confident in his players.

And Tuesday’s getting will be a perfect chance to show why.

“This is an opportunity. The one thing we have had are girls that have played a lot of varsity basketball,” Paul Edwards said. “They might not be seniors, but that doesn’t matter.”