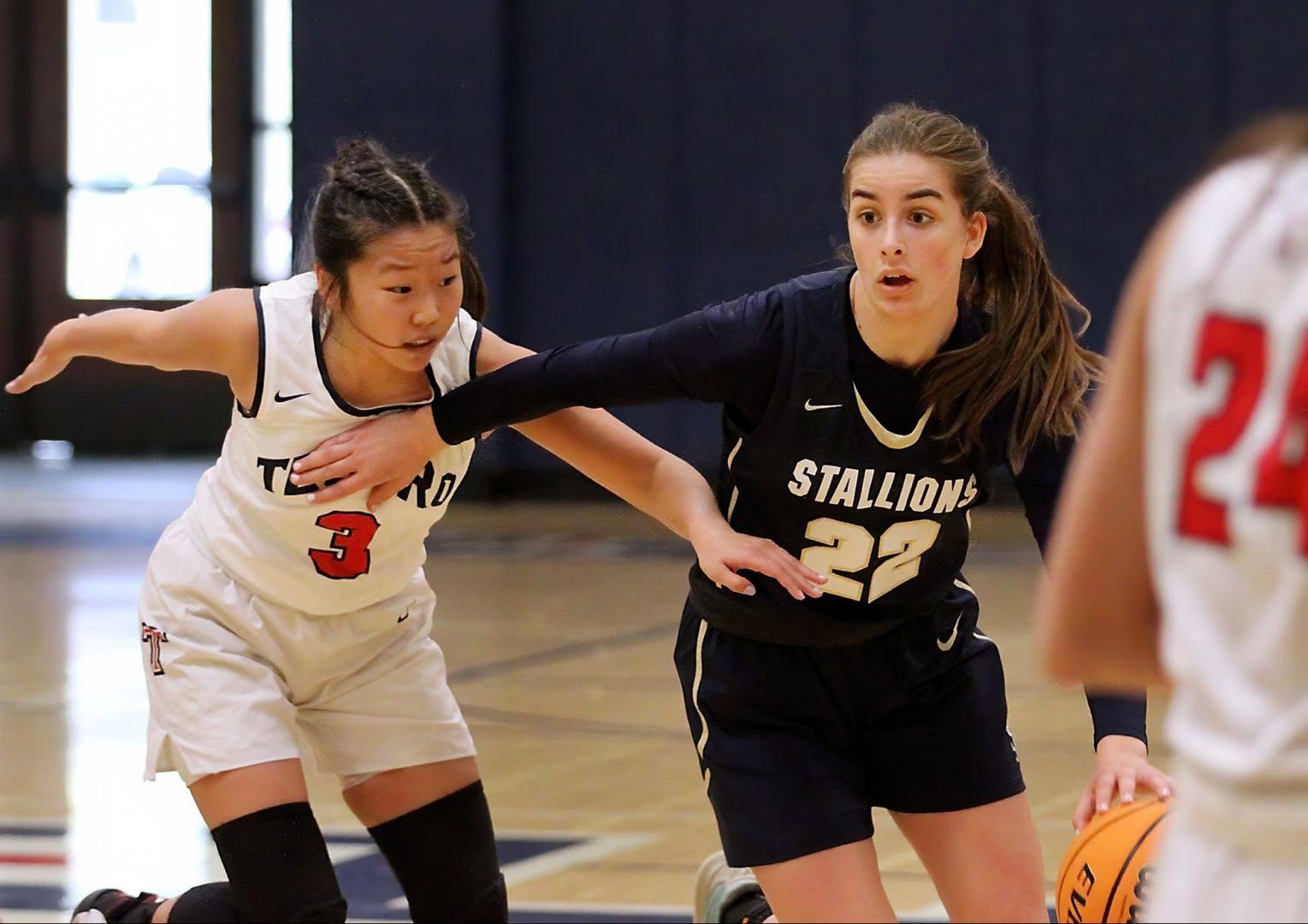 Stallions will clinch at least a share with a win on Jan. 31 against Dana Hills

The players and coaches knew a loss against the Titans wouldn’t have mathematically eliminated them from a South Coast League title, but it would have been very difficult.

But the Stallions don’t have to worry about that.

Now a win on Monday against Dana Hills would be enough for at least a share of the league title.

“I’m just so excited for the girls,” San Juan Hills coach Paul Edwards said of the win. “It was a 32-minute battle out there.”

The two teams entered the game pretty familiar with each other. Their first matchup was on Tuesday in which the Titans escaped San Juan Capistrano with a 36-34 win.

So this game was on all the Stallions minds.

Credit to Tesoro but Tuesday was a gut-wrenching loss,” Edwards said. “We left a lot on the court and we were kicking ourselves because of mistakes.”

History didn’t repeat itself as the Stallions came out of the gates with a sense of urgency.

“I feel like we did a pretty good job controlling the game as a team and not individuals,” Amanda Edwards said. “We were in the right mindset ready to go.”

The Stallions pushed ahead even further in the second half when point guard Lily Sisson splashed a 3-pointer in the corner, but Tesoro started to wake up.

The Titans have been led by the veteran combination of senior point guard Lindsey Fukushima and junior Celine Castaneda as they slowly started to chip away at their deficit.

San Juan Hills’ 19-point lead dropped to 14 after a few makes by Fukushima and then Casteneda scored the half’s final five points to see her team down by only 10 points at halftime.

Casteneda finished with a team-high 14 points, seven of which came in the second quarter.

“I just tried to not let her catch the ball,” Amanda Edwards said. “Once she catches the ball she is really skilled.”

Tesoro started to build up some momentum during the second half.

Amanda Edwards kept finding the basket, but the Titans answered quickly with buckets by Fukushima and Avery Steinhardt.

By the end of the third quarter, San Juan Hills’ lead was only seven points.

Tesoro brought the lead down to as little as four points before freshman Anna Shreeve stepped up with a jumpsuit in the lane.

Casteneda converted a three-point play on the other end, but it wasn’t enough as the Stallions held on.

After Paul Edwards told his players to go celebrate, he let out a big sigh of relief that the game was over.

“We wanted to approach it like the pressure was on them,” he said. “They had to come out defend and that start was the difference. It helped us establish in our minds that this is our game.”

Along with Amanda Edwards, Sydney Peterson also had 16 points and she knows her team will need the same energy when they face Dana Hills.

“We need to come out with the same energy and play like this and I think we will have it,”