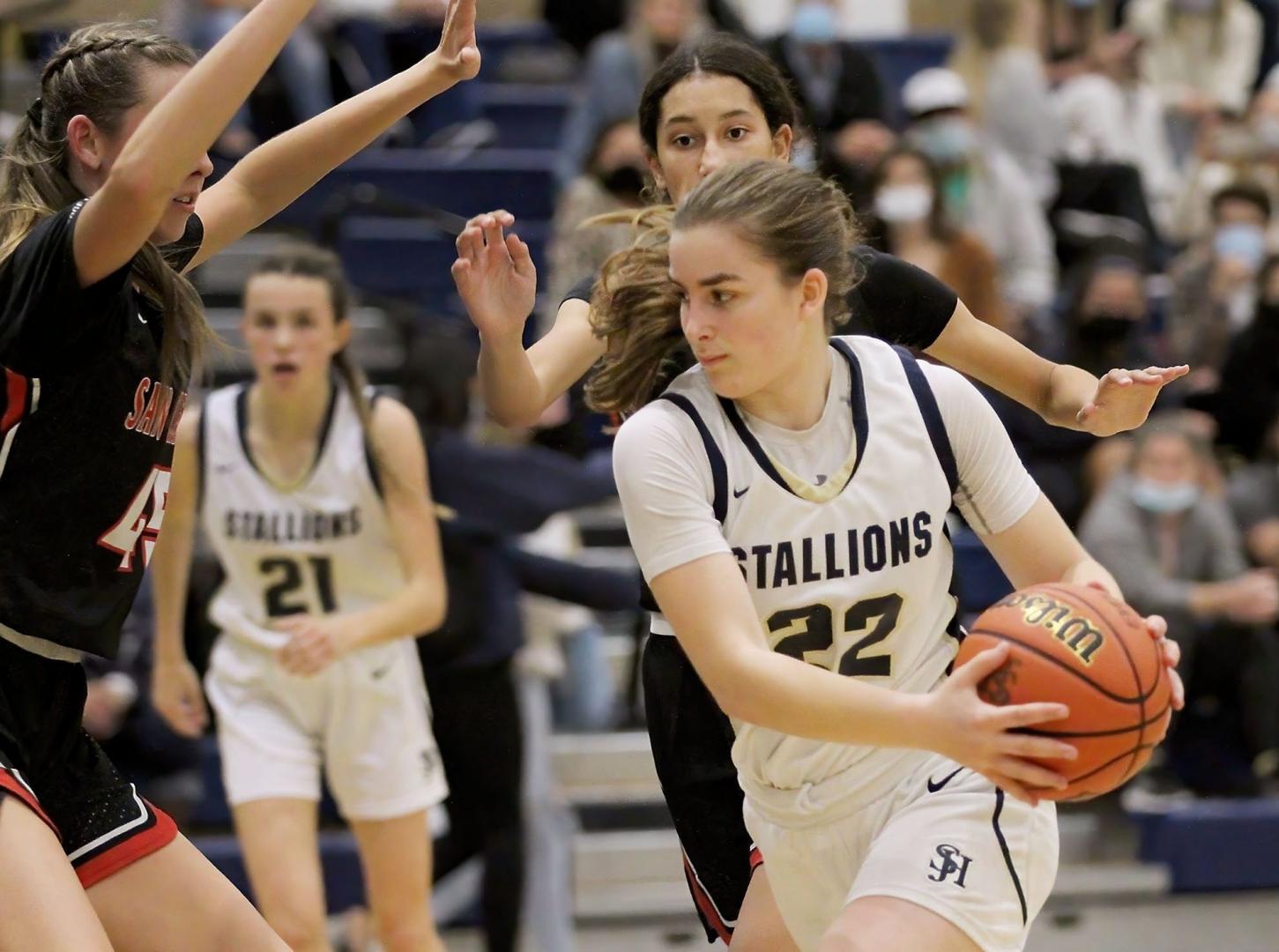 “I don’t care what the score was. It never felt comfortable,” Edwards said.

The two teams exchanged the lead to start the game until the Stallions put together a run with about two minutes left in the first quarter.

Freshman Anna Shreeve and junior Amanda Edwards hit back-to-back 3-pointers and all of a sudden San Juan Hills was holding a 17-7 lead.

“Our press got going and that gave us a good stretch,” Paul Edwards said. “That was good to see because with our speed we have to be able to execute it.”

The Stallions offense pushed even further ahead in the second quarter when Shreeve hit two more 3-pointers from the corner.

“I like it when I”m open over there and I have time to shoot,” Shreeve said, with a smile.

Shreeve leads the team in 3-point percentage this season and finished the game with 13 points, eight shy of tying her career high, she set back in November against Portola.

But her determination tells the real story.

“Anna does not play like a freshman,” Amanda Edwards said. “She hustles on every single possession, she crashes the boards and hits a ton one clutch shots. She loves the game.”

San Clemente battled back in the second half with its offense coming from every direction.

By the fourth quarter, however, every time San Clemente made a key bucket, San Juan Hills would have an answer.

Finally it was sophomore Sydney Peterson with a layup down the lane that ended any hope for the Tritons.

“It was a good win to go 4-0 in league,” said Amanda Edwards, who finished with a game-high 23 points. “Now we have to prepare for Tesoro.”

The Stallions were supposed to face Tesoro a few weeks ago but the game was postponed because of COVID-19 so now they will play home game next Tuesday and then again in Rancho Santa Margarita a week from Saturday.

But that doesn’t bother Paul Edwards. He looks forward to the challenge.

“The South Coast League is one of the best public school leagues in the county,” he said. “Every game is a challenge. I’m excited about it.”