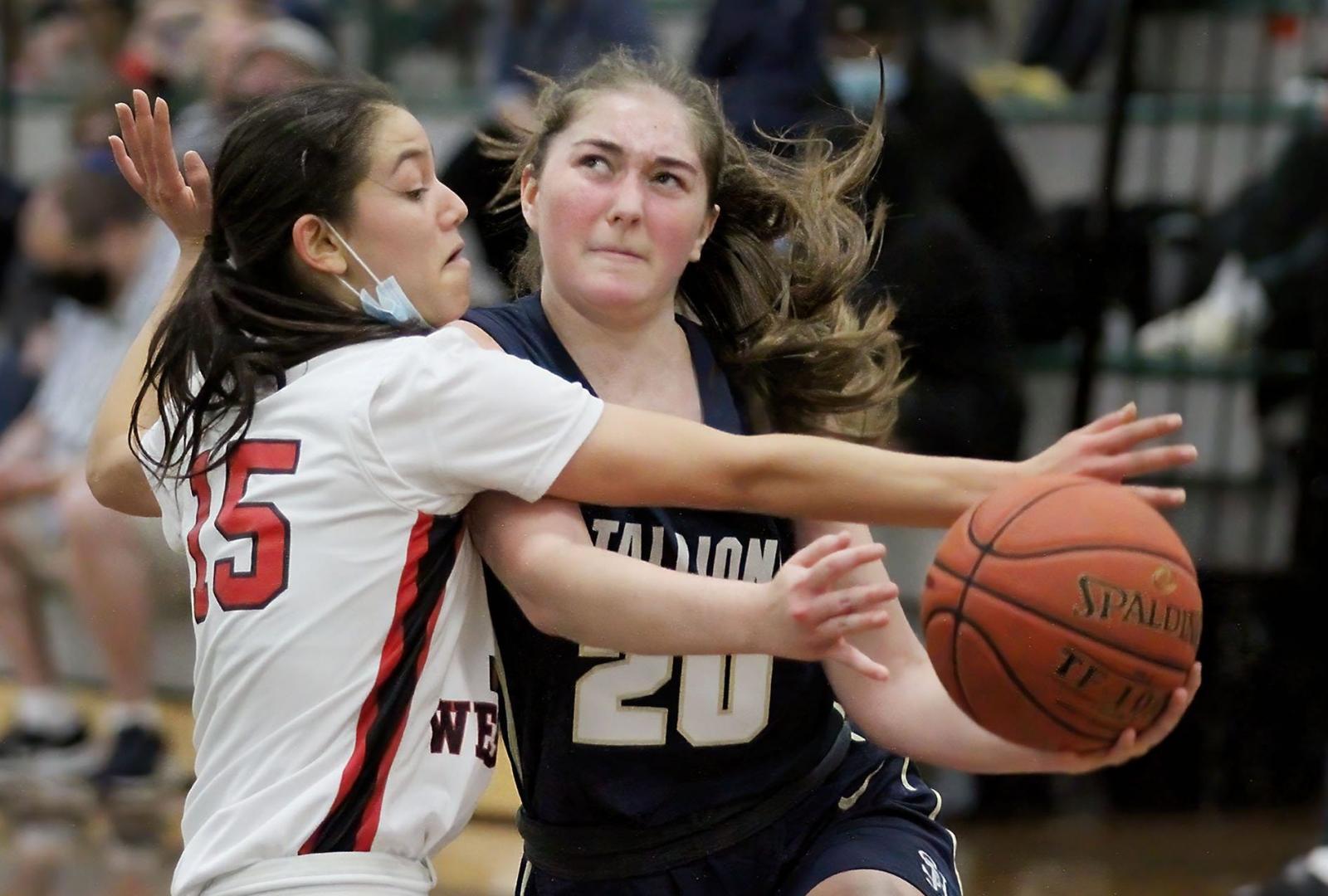 GARDEN GROVE — Everything was going great for the San Juan Hills girls basketball team against Harvard-Westlake on Monday afternoon.

That was until the second half began.

‘The Wolverines put together a 13-2 run that ultimately led to a 53-42 win at the MLK Showcase at Orangewood Academy.

It was San Juan Hills’ second consecutive non-league loss. The Stallions also lost to Esperanza on Saturday, but coach Paul Edwards said there was plenty to benefit from playing challenging opponents.

“That’s why we play these games, to see where we are at and to learn,” Edwards said. “Hopefully we can take these lessons back to (the South Coast League).”

And it didn’t take long for her to make an impact. She scored six of her team’s first eight points.

While San Juan Hills responded with some scores by Sydney Peterson, the Wolverines answered when Jordyn Call scored hit a 3-pointer and held a 13-8 lead at the end of the first quarter.

The Stallions (14-7, 2-0) regained their composure in the second quarter as Peterson got some help from teammates Amanda Edwards and point guard Lily Sisson.

San Juan Hills even took the lead when Amanda Edwards scored inside with about two minutes remaining but the momentum shifted in favor of Harvard-Westlake, finishing the half on an 8-3 run.

The Stallions started the third quarter with Peterson scoring on a drive to the basket, but that was pretty much all the offense they could get.

Harvard-Westlake put together a 13-2 run that put it ahead by double-digits.

“The second half was uncharacteristic for us,” Edwards said. “We have been doing a great job when someone punches us we give it right back to them. Today we just didn’t respond.”

The Stallions got some easy buckets from Peterson who raced past the defense for some easy layups but San Juan Hills was held to nine points in the third quarter.

Peterson scored six of the nine points and finished with a team-high 22 points.

“I think their pressure got to us a little bit,” Peterson said. “We have to come out stronger in the second half.”

San Juan Hills finished the game on an 9-2 run with some scores by Kylie Ward, but the comeback arrived too late.

“We kind of let up,” Peterson said. “We have to keep our heads up because we have a big week.”

The Stallions will not wait long to jump back into league play. They travel to Dana Hills on Tuesday and then return home to San Juan Capistrano on Thursday with a rematch against San Clemente.

“It was great to get the first win against San Clemente but they are going to play better,” Paul Edwards said. “That means we have to execute.”